In Search of Wisdom

In this month's column, Dr. Mike Woolf examines the ways and reasons people search for wisdom. Be it through a pilgrimage or personal travels, education is available on various cultures and ready to be sought out. He also details significant points in religious history and its revelations on wisdom.

Nb. This column owes much to discussions with Professor Kelechi Kalu, Vice Provost of The University of California, Riverside. His thoughts were the inspiration; the errors of judgement and expression are, however, mine.

All the golden land's ahead of you and all kinds of unforeseen events wait lurking to surprise you and make you glad you're alive to see.
—Jack Kerouac On the Road (1957)

The idea of the seeker after wisdom has, sadly, an archaic feel to it. That is not the rhetoric we comfortably use in these more utilitarian days. Current political environments are not conducive to the language of enlightenment. Nevertheless, in education abroad the fact that journeys into geographical space are potentially of profound significance is a core and critical assumption (if rarely articulated).

The role of educators is to validate and enrich those journeys, to ensure that travelers learn to observe the new (rather than just see things), to listen to the sounds around them (rather than just hear noise). At their best, journeys into space are also into the self: a form of introspection. The hermit, as much as the pilgrim, is a traveler. 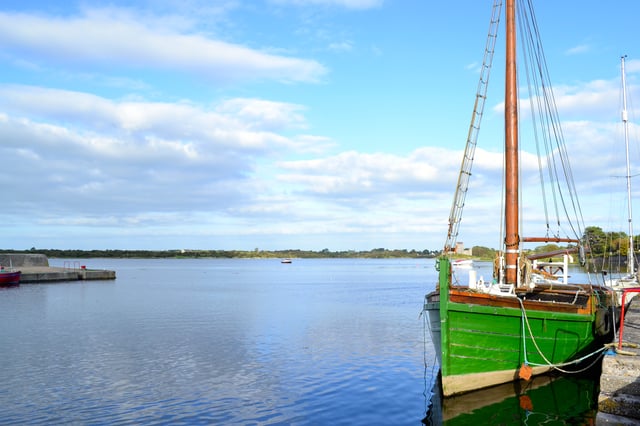 The idea of the seeker resonates with our aspirations. Religious myths and narratives suggest potent metaphors. Mythologies are not lies. They are stories that permeate collective identities and shape the ways in which we imagine ourselves. In that sense, they offer ways in which we might reconstruct embedded objectives in the work of international educators. We deal in the currencies of dreams and imagination.

That may sound a little portentous, even pompous, but travelers’ motives are never single or simple. Of course, students travel, just like the rest of us, with a complex set of aspirations. We may seek the thrills of difference; encounters with the unexpected; a blind date with the unanticipated; fun is good too. That does not preclude the fact that education necessarily resonates with notions of a search for enlightenment and wisdom. Journeys, embedded in the practice of education abroad, extend the spaces in which that search may be conducted.

The languages and stories of religion suggest myths and metaphors through which we might restore another level of meaning to the work in which we believe.

And the Lord spake unto Moses, Go unto Pharaoh, and say unto him, Thus saith the Lord, Let my people go, that they may serve me. And if thou refuse to let them go, behold, I will smite all thy borders. Exodus 8 KJV

Journeys and mobilities, at the center of our work in international education, have critical significance in major world religions. The Exodus from Egypt led by Moses combines two deeply influential narratives: an escape from slavery and the search for the Promised Land.

The idea of a promised land was deeply embedded in the founding of America and has been repeatedly part of American political rhetoric before and since independence. The story of Moses permeates anti-slavery campaigns and Civil Rights rhetoric, as in Martin Luther King’s speech at the Mason Temple, Memphis, in 1968:

If ... the Almighty said to me which age would you like to live in?... I would watch God's children in their magnificent trek from the dark dungeons of Egypt through, or rather across the Red Sea, through the wilderness on toward the promised land.

The traditional spiritual Go down, Moses, made famous by among others Paul Robeson, was emblematic:

Go down, Moses
Way down in Egypt land
Tell old Pharaoh
To let my people go!

Moses led the Jews out of slavery in Egypt. They wandered for 40 years in search of the promised land during which they received the word of God through the Ten Commandments. Similar epiphanies during journeys occur repeatedly in most world religions. In 1844, Brigham Young led his followers to a version of Zion. Buddha’s wanderings were motivated by a search for enlightenment. Muhammad’s pilgrimages feature critical epiphanies. In 620, Muhammad toured heaven and hell with the angel Gabriel and spoke with earlier prophets, such as Abraham, Moses, and Jesus.

Mobility is more than a route from A to B. Saint Augustine taught that “The world is a book, and those who do not travel read only a page.” Within world religions it offered pathways towards God. The hermit travels inward into the self to find spiritual meaning. The pilgrim journeys into space in search of the same objective. Learners are, metaphorically, searchers too; wanderers on a route towards a place they may not know, a destination that may be elusive. We may learn that the journey matters more than the arrival we envisaged.

The pilgrimage represents a path towards spiritual enlightenment. As exemplified in the traditional hymn To Be A Pilgrim, the route of the pilgrim is not an easy one:

He who would valiant be ’gainst all disaster,
Let him in constancy follow the Master.
There’s no discouragement shall make him once relent
His first avowed intent to be a pilgrim...
I’ll labour night and day to be a pilgrim.

The famous Christian pilgrims of Chaucer’s The Canterbury Tales were motivated by some of the things we recognize in education abroad: good company in unfamiliar and challenging places, pleasure, and curiosity about the new. However, pilgrimages retain the significance envisaged by Pope Benedict XVI in 2010: “To go on pilgrimage is not simply to visit a place to admire its treasures of nature, art or history...To go on pilgrimage really means to step out of ourselves in order to encounter God." They represent a search for something outside of, and beyond, the mundane.

Pilgrimages are not only significant in Christianity of course. For Muslims, the Hajj attracts an estimated 15 million pilgrims each year. For Hindus, Varanasi is the most potent of a number of holy places and is visited by approximately 4 million annually. Buddhism and Shinto have comparable sites. For Jews, the Wailing Wall, a remnant of the ancient Temple of Jerusalem, attracts approximately 8 million annually. Over 300,000 took some part in the Camino de Santiago in 2017. Somewhere between 6 -8 million people visit Lourdes annually. The Alliance of Religions and Conservation estimates that 155 million people participate in one pilgrimage or another each year.

The pilgrim is a traveler seeking iconic places considered rich in profound possibilities. The idea of a secular pilgrimage is, thus, not an oxymoron. Malcolm Cowley, describing the literary American expatriates of the 1920s, argued that: “a long sojourn in France was almost a pilgrimage to Holy Land.” Generations of Americans have been drawn to the great cities of Europe as repositories of history, sophistication, and high culture. Europe is a kind of secular shrine; a dreamed landscape that resonates with what students seek in education abroad.

The tourist may also be a metaphorical pilgrim. Holiday travel is not always to beaches and bars. It may also be driven by a desire to find things missing in our daily lives, mysteries perceived in worlds elsewhere. The marketing of tourism offers numerous temptations: “With over 1.2 million square miles to explore, beautiful India... filled with mesmerizing culture and history ... Up in the lush lands of the Himalayas visitors can explore their spiritual side...” Similarly, holidays in Florence typically offer some variation of the following: “Experience one of Europe’s most culturally and historically significant cities... Every stroll has the potential for something remarkable, whether it’s peering out of the Vasari Corridor or wandering across the Giardino di Boboli.” In the exotic and unfamiliar, the visitor seeks secular enlightenment.

The development of motor transport created other types of secular pilgrimage; the open road, particularly in the wide vacancies of the USA, is expansive space rich in the possibilities of exploration and discovery. Route 66 has acquired something of a mythic status where, according to the Rolling Stones you “get your kicks.” However, the fact that it has to be searched for, and now barely exists, adds to its iconic status: a lost route through and into the heart of America.

The “trail” has also acquired a particular significance in America. The Turquoise Trail from Santa Fe to Albuquerque in New Mexico offers, for example, a version of American history that according to the official guide is “synonymous with Native American spirituality, Spanish explorers, adventurous mining, and brave pioneers.” A trail may be invested with historical meaning and generate national myths. The Appalachian Trail, for further example, is constructed to connect with unspoilt, virgin territory rather than with the industrial blight that deforms parts of the region. The Oregon Trail resonates with a critical event in the development of the USA: the opening of a trading route to the West Coast in the early 19th century by Meriwether Lewis and William Clark; a trek that has become a symbol of resilience and courage in the founding of the nation.

These routes offer pathways into significant space. Jack Kerouac’s On the Road is a literary pilgrimage, a search for some form of essential meaning: “Somewhere along the line I knew there'd be... visions, everything; somewhere along the line the pearl would be handed to me.” What Woody Guthrie in This Land Is Your Land (1956) called “The freedom highway”, represents a vision of an alternative America: liberated space:

As I was walking that ribbon of highway,
I saw above me that endless skyway:
I saw below me that golden valley,
This land was made for you and me.

This is another language, an alternative narrative; seeking wisdom is after all the most profound of all learning objectives. It is as Marcel Proust suggested, an outcome that may be found along roads we travel: “We don’t receive wisdom; we must discover it for ourselves after a journey that no one can take for us.” The Roman philosopher Seneca (4 BC-65 AD) expressed a similar thought: “Travel and change of place impart new vigor to the mind.” We know that to be true but my personal preference is for the inspired confusion, the sense of questioning and wonder, that permeates the visionary imagination of Kerouac: “What's your road, man?—holyboy road, madman road, rainbow road, guppy road, any road. It's an anywhere road for anybody anyhow. Where body how?”

The seeker encounters, thus, not answers but questions that lead us towards something elusive, something profound, something like wisdom.

Dr. Mike Woolf is the Deputy President for Strategic Development here at CAPA. His unique role at CAPA takes him around the world to conferences as a frequent presenter and attendee. He serves on a number of boards and committees, including the Curriculum Committee of the Forum on Education Abroad, the Editorial Boards of Frontiers and the Journal of Studies in International Education, EAIE’s Knowledge Development Task Force, and Braun Stiftung für Internationalen Austausch. He has written widely and has published extensively on international education and cultural studies. Most recently, he published work aimed at critically reviewing the core assumptions of study abroad. 'Thoughts on Education Abroad' is a monthly column of short essays sharing his thoughts and expertise on the subject.