In What Remains: A Day Trip to Brighton

In this week's post, Rikki takes us along on a trip to Brighton on the south coast of England.

What does it mean when you already miss something that isn’t actually over?

We’re deep enough into April at this point that I’m starting to recognize the inevitable: in about two weeks’ time, my study abroad experience in London will come to an end. I’ve fallen back to the comfort of numbers as a sort of coping mechanism, counting the days left over as if somehow that will make them seem longer. 14 more days, 336 more hours, 1,209,600 more seconds.

The numbers don’t help completely, but I keep telling myself that anything is better than “1,” than “0.”

It’s not that I don’t want to go back to the America. I do, because America is still home, is still the place where I’ve left a majority of my goals in stasis. I guess I’ve just been thinking too much about time and memory lately, about how neither of these things are forever, and how they can become so very precious.

That is the melancholy of ephemeral things. I wonder if it’s because, wherever I go, I give a little bit of myself to that place, to that moment. The sadness comes from realizing that you have to leave those pieces of yourself behind. Even though I could come back to London in the future someday, could visit the same places and see the same things, it wouldn’t be the same. There will always be something missing. 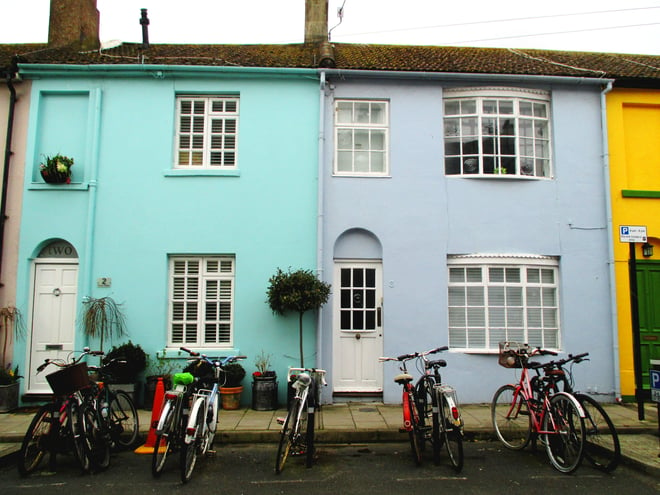 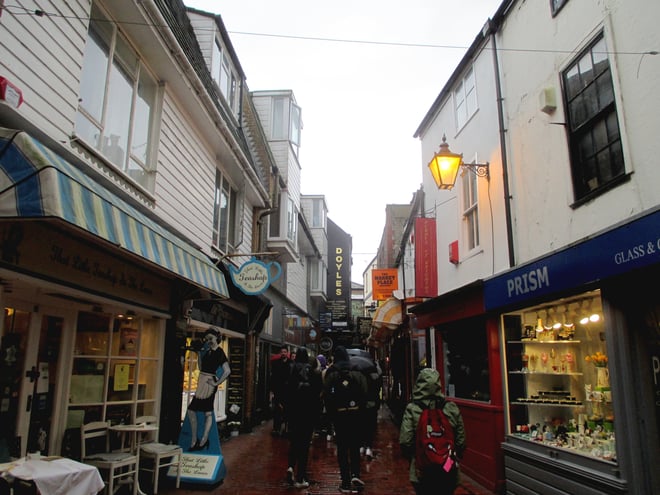 However, as I said, I still have two weeks left of my semester, and that is a blessing. My friends and I took a day trip to Brighton last week, a charming seaside town about an hour away from London by train. Like all seaside towns, Brighton has a sort of leniency to it, a peacefulness reminiscent of sleeping in on the weekends or watching the sun disappear on a summer’s evening. Visible signs of gentrification are either tucked away or nonexistent—there were no Pret A Mangers or Starbucks in sight as I walked through the narrow streets, and even if they had existed, they would have been overshadowed by the abundance of vintage stores, modest pubs, and organic cafés, many of which seemed as old as Brighton itself. 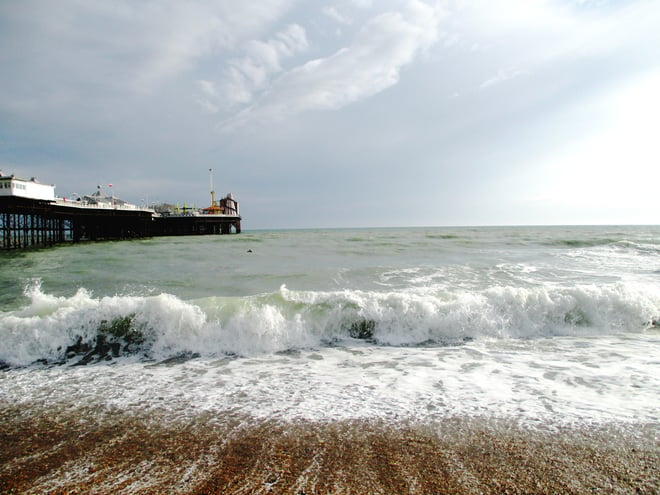 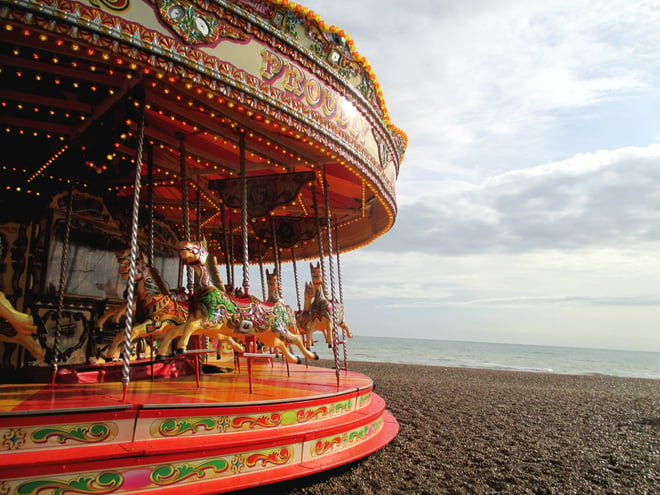 Of course, Brighton’s most noticeable feature is its rocky beach and shimmering proximity to the sea. As you breach the last row of buildings on King’s Road, you will arrive at Brighton’s flat, sprawling shoreline, extending out to an ocean the color of honeydew and framed by the abandoned bikes of visiting beach-goers. To the left, there is Brighton Pier, alight in carnival red and happy shrieks as visitors are tossed into the air by thrill rides or cajoled into another spin on the gleaming carousel. The air is thick with the smell of fried dough and candy floss, a familiar counterpart to the briny sting of the sea. To the right is a more somber attraction—the dark, waifish remains of West Pier, which caught fire in 2003 and has been left since then in its skeletal state, like a lonely guardian erected out of the waves.

We stayed in Brighton until long after the sun went down, watching as the clouds shifted from blush orange to a duskier mauve. The lights on the pier flickered on at once like a procession of fireflies, and for a moment I was visited again by an almost transcendent sensation of awe. Isn’t it amazing, the way we are able to build joy and meaning in the spaces we pass through, in the places we choose to stay? How there are things like sunsets and the vastness of the sea that will bewilder us eternally, despite the fact that they have been experienced by countless of human eyes, written and rewritten, told and retold—and yet every time, every time, we fall in love as if we never have before.

It’s true that perfection doesn’t exist, but some things come pretty close: the waning cries of seagulls as they drift over the waves, the emptying of a street as workers close up for the night. The sticky residue of a 99 flake melting down its cornet, the hush of the tide as it recedes out of sight. For a moment, staring out at the remains of West Pier, I wasn’t sad anymore that my semester was coming to a close, because for every little bit of myself that I’ve left behind, the places I’ve been have left little shadows of themselves with me. When I finally arrived back in London at 10pm, quiet and sedate, my mouth still tasted of salt, of sea spray—and that was enough.