Words and photos by Gabriella Bauer, a public health major from the University of Massachusetts at Amherst who studied abroad in Dublin during summer term 2016.

My overall internship experience in Dublin, Ireland was an extremely memorable one that I will always reflect on as some sort of Utopia; never had I met such genuinely kind, easy-going, and interesting people under one setting. The fact that I had previously worked in America’s largest organic grocery store corporation (Whole Foods Market) prior to interning in Dublin’s largest organic food supplier (Dublin Food Co-Op) provided me an interesting means of comparison of two different workplace cultures. Like most American corporations, Whole Foods Market was a very structured and organized work environment, in which a Team Leader appointed specific duties and direct instruction as to what their expectations were for each employee. 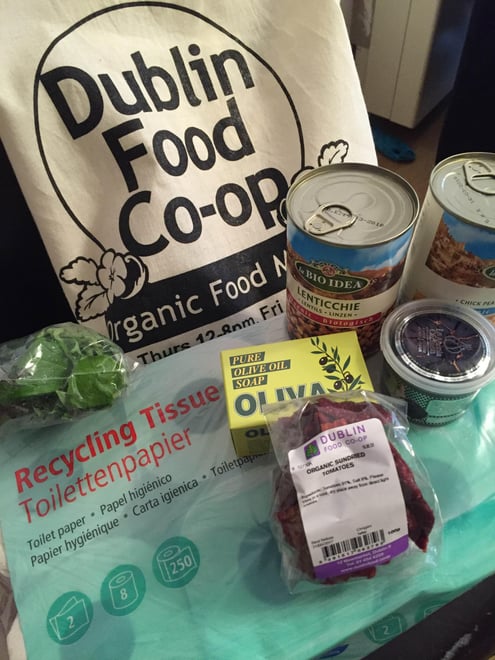 At the Food Co-Op, there was no official “boss”, assistant managers, team leaders, or any defined levels of hierarchy. This resulted in a significantly more relaxed, unpretentious, and friendly work environment. I attributed this reduced animosity in the workplace partly to the nature of the job (a cooperation instead of a corporation) as well as cultural differences. In a high context culture like Ireland, communication and relationships are more valued than independence and competition; whereas in the States, most workplaces breed competition and promote a “dog eat dog” individualistic mentality.

My duties and responsibilities at the Co-Op varied depending on what needed to be done during the day, and some days were very lax while others were more demanding. Although I was initially unclear about what I was supposed to be doing at times, I realize in hindsight being given the opportunity to try many different things (without the pressure of being fired like there would be in a typical job) further expanded my horizons and enhanced my overall experience. Some days, I would sit behind a desk and do administrative work like renewing membership forms, and others I would attend group meetings, sample new products, or stock shelves. There was some days that I came into work that were so light-hearted that it felt more like extracurricular fun than an actual internship. 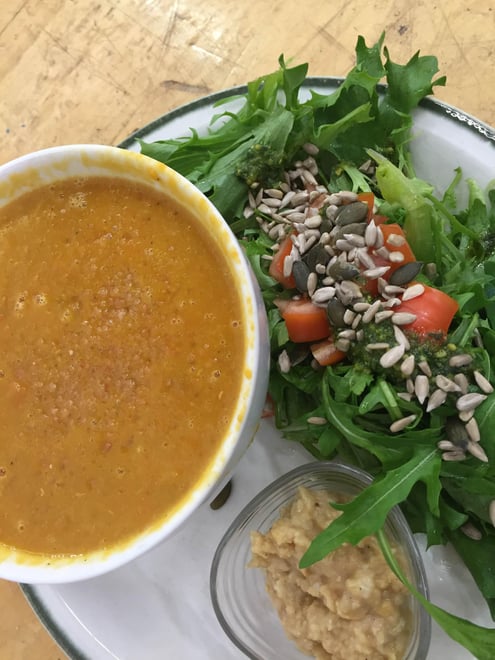 Although I had specifically made a point to ask to take on more “hands-on” responsibility in order to get the very most of my internship experience and further build my resume, it also made the work at the Co-Op a bit more challenging at times. One of the biggest challenges I faced during my internship was doing administrative work on a PC computer instead of a Mac, which I used solely for the past 10 years and throughout the entirety of my college career. In general, doing administrative work posed a challenge for me because it was my first time working behind a desk and it required a set of skills that were not my strongest points (time management, organization, having to be sedentary, attention to details and following sequential directions). 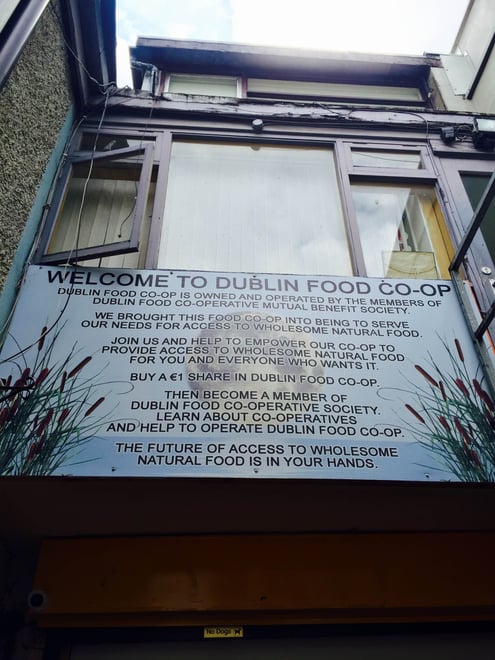 I also got a chance to revise and update the Co-Op's Health and Safety Statement, in addition to doing numerous Health and Safety Hazard inspections. Being a public health major, I felt becoming acquainted with the health and safety policies of a company was an accomplishment because it provided me with hands-on experience with something that directly related to my major. In addition to getting re-familiarized with using a PC, I also got experience with using programs and spreadsheets such as Excel, which helped me to pay more attention to detail and the task at hand. Most importantly, I learned how to become more self-motivated when faced with a lack of hard deadlines, direct instruction, or micromanagement, which I had become accustomed to in American culture. Although workplace culture in Ireland seemed ambiguous at first, it enabled me to become more aware of what needed to be done without being given specific guidelines and read between the lines in terms of what was being communicated to me rather than what was directly stated. I believe not being able to take everything at “face value” in terms of communication forces people to become better listeners and more intuitive to the needs of others.

My biggest advice for any students considering interning abroad would be to go into it as open-minded as possible and to try to let go of any expectations or preconceived notions. To get the most out of your abroad internship experience, you have to see it as just that - an experience. Whether your internship is your dream job or something that you wouldn’t necessarily opt for as a future career, it’s still a valuable learning experience that will teach you autonomy and provide you with tools on your path to self-discovery. It is crucial to keep in mind that any experience, whether good or bad, is never a wasted one because there is always something to be learned. 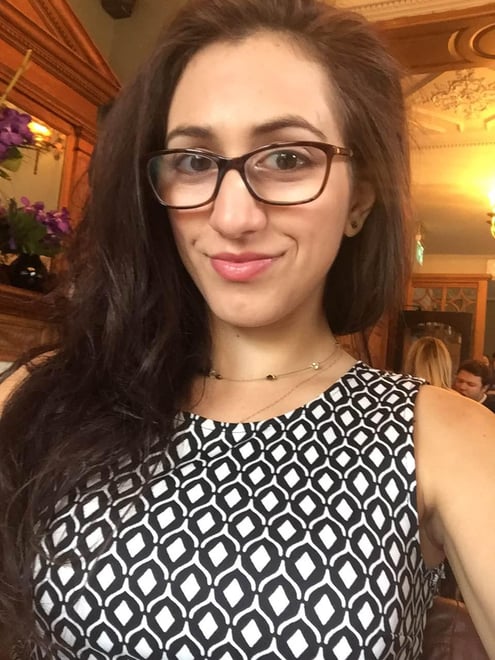 In hindsight, the skills I learned abroad and through the internship class were just a small part of the overall novelty of cultural immersion. Anyone can learn a set of skills and be trained to perform certain tasks, but not everyone can do that overseas in a completely different environment that pulls you out of your own comfort zone. When employers see that you interned abroad, they will see not only the actual on-the-job skills you learned, but also the personality traits that set you apart and enabled you to thrive in an otherwise unfamiliar environment. As for myself, I know the internship made me significantly more adaptable, open-minded, and independent—and not every job can teach you that!