Interning Abroad in London: My First Day at Enitharmon Press 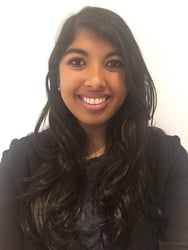 Words and photos by Danielle Dyal, a CAPA London student and communications and English writing major from the University of Pittsburgh.

The first thing my interview co-workers did when I walked into the building was offer me a cup of tea. A cuppa, as they say. Although they said “cup of.” But I wished they’d said “cuppa.”

My internship site is Enitharmon Press, a publishing press of poetry and artist’s books with a gallery and bookshop. Perfect for me, a wannabe editor at a publishing company. I mean, more than that I’d like to be a novelist who writes a bestseller that turns into a theme park in Disney World and makes me so rich that I never have to work a day in my life, but an editor is Plan B. I’d interviewed with two members of the Enitharmon staff in early December, got the gig, then visited the Enitharmon gallery in Bloomsbury the day after arriving in London to meet the staff in person and discuss my hours. My first day was Monday the 18th of January, and while I knew the staff was super friendly from our Skype interview and emails, I didn’t know anything else about what to expect, this being my first internship. 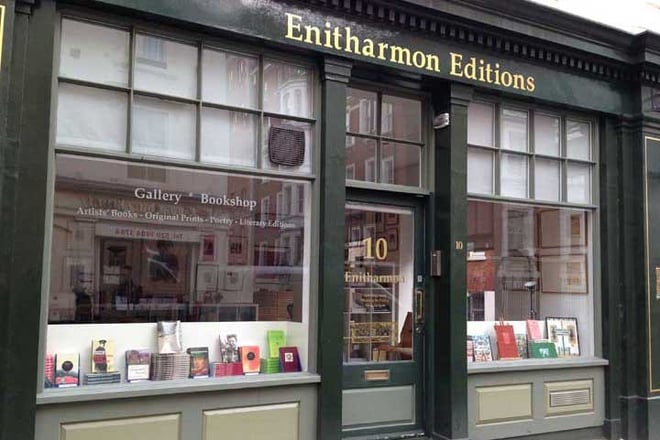 I definitely didn’t expect to be offered a cup of tea cuppa on walking in the door, but I have to say, that was an A+ first impression. After tea was distributed to all of the staff, I began training with sales and production head Lavinia, who taught me step-by-step how to log online orders into the system as well as package books. I was given a packet with detailed instructions (that I made even more detailed by writing down notes next to each step because I have the memory of an amnesiac), and after demonstrations, Lavinia had me practice doing the tasks I’d just been taught. Logging orders was a detailed process, and I forgot a few steps along the way (nobody’s perfect, as Hannah Montana once wisely said), but Lavinia encouraged me and continuously told me my apologies after each mistake were unnecessary. I was also told several times not to hesitate to ask any questions at any time, and what could have been a nerve-wracking experience quickly turned into a situation where I felt comfortable and able to be myself. Because the staff shares my love of books, conversation was easy, and I immediately felt like an equal rather than a lowly intern.

It also helped that when Lavinia was showing me how to use the shipping label printing machine, the machine stopped working, and I have to say, watching a longtime staff member struggle with the machine was pretty gratifying. I mean, if it doesn’t work when I use it in the future, at least I won’t feel like an idiot, and I’ll know it’s the machine’s fault, not mine (at least, I’m hoping I’ll be able to spin the story that way).

While Lavinia trained me, it felt more like a conversation than a training session. We talked on tangents about our favorite authors, my stay in London so far, and confusing British words (I was not shamed, for example, by not knowing that canapés meant appetizers when I asked Lavinia if food would be provided at the upcoming poetry reading event). I don’t know if it’s just the people at my internship or a universally British thing, but the staff at Enitharmon were amazing at making me feel welcome, supported, and not at all like the useless, clueless American I am. 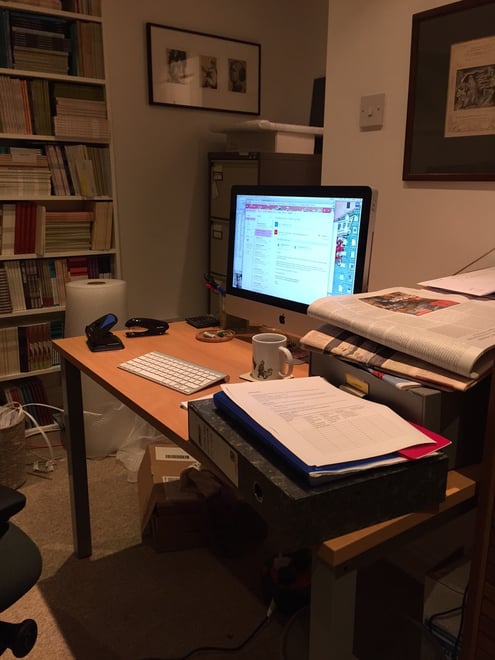 After my training with the shipping and stock system, I took my lunch break (a sandwich that I made at home like a real adult – gotta save those GBPs), then went with artistic director Stephen and gallery manager Kathryn to set up for the London Art Fair. We lugged framed prints on the bus to the Business Design Centre, where the fair is located. On the bus ride, I shared with my new colleagues the story of my first London bus ride from Saturday night, where I accidentally led my new pals far out of Zone 2 at three in the morning instead of back home, and they seemed to find my American idiocy amusing. I’m starting to see evidence of this widely rumored self-depreciating British humor, so it’s a good thing I have no shortage of self-depreciating stories to tell.

After I admitted my directionally challenged tendencies, Kathryn filled me in on some of the places I had to visit. (I specifically asked for restaurant recommendations over classic London sites. Don’t get me wrong, Big Ben is a blast and a half, but a clock isn’t edible, and frankly, I’d rather stuff my face than tell time.) When we got to the Business Design Centre, we kept up conversation about our families and hometowns while unpacking, aka lugging boxes filled with books out of bigger boxes, then unwrapping loads of bubble wrap; I refrained from popping the bubbles to keep up my flimsy guise of professionalism, and will admit to being quite proud of myself. After we took a break for tea time, I had the honor of making several trips to heave extra boxes up and down two flights of stairs, but I guess that’s what lowly interns are for, even when they are weak and nonathletic and possibly allergic to continuous stair-climbing.

The day closed with realizing we’d forgotten to bring some framed prints from the gallery, and we arranged for a cab to deliver them. When Kathryn and I went out to get the prints from the cab, the cab driver immediately started to yell at us about how we took too long to get outside and wasted both his time and money. From this experience I learned the valuable lesson that being yelled at in an accent isn’t any more charming than being yelled at not in an accent. Luckily, we’d forgotten to bring down cash, so I was able to escape and make a mad dash up those goshdarn stairs (can I curse on this blog?), to get money from Stephen. When I returned, the cab driver had calmed somewhat, so Kathryn is clearly some sort of cab driver whisperer, and I plan on learning her secrets along with the ins and outs of Enitharmon over the next three months.

That basically sums up my first day. I laughed, I cried (inwardly, as I hauled my feeble body up the millionth set of stairs), I drank tea, and I was yelled at by an angry cab driver. Not too shabby, I’ll say.

Until next time, cheers and tally ho and pip pip and whatever else they say here.