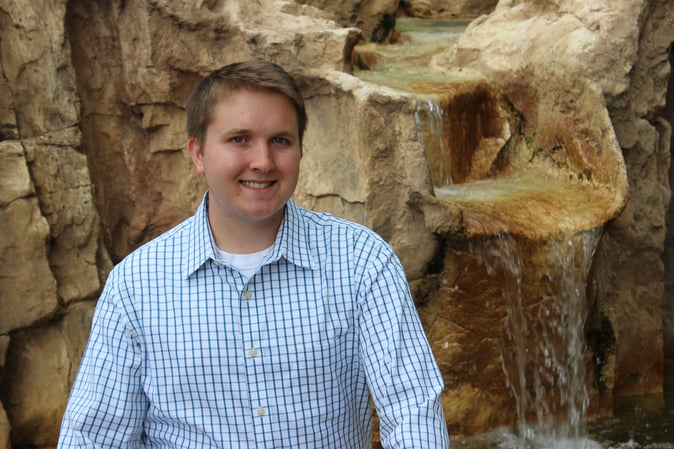 Meet Samson, a University of Pittsburgh student, Supply Chain Management and Business Information Systems Management major and CAPA alum who studied abroad in London during spring 2016. Below, Samson talks in depth about his internship with Grosvenor House, a JW Marriott Hotel, learning about Shakespeare through classes, plays and walks through the city and about his increased awareness of his own desire and willingness to learn about other cultures after his experiences abroad. 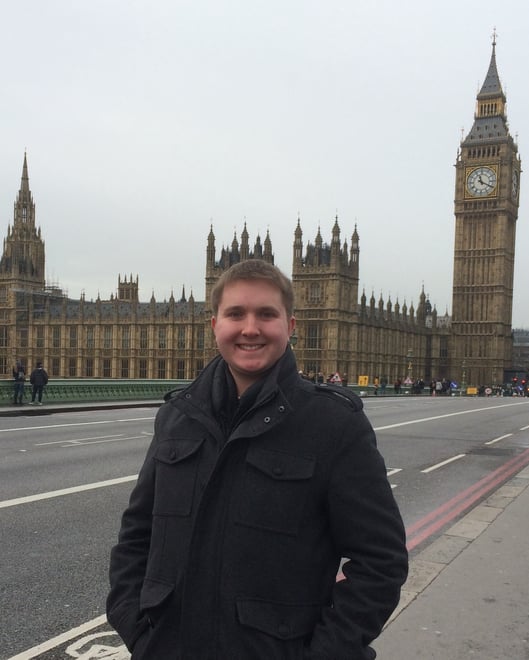 CAPA WORLD: Tell us a bit about yourself.
SAMSON CASSEL NUCCI: My name is Samson Cassel Nucci and I am originally from Lancaster, Pennsylvania. I attend the University of Pittsburgh and studied abroad in London, England the spring of my sophomore year, 2016. I am double majoring in Supply Chain Management and Business Information Systems Management, with a minor in Economics and a Certificate in Leadership and Ethics. I have a pretty wide range of hobbies, which span the more casual interests of reading, cooking, running, and listening to music, to the more unique like reviewing restaurants, working on my website (http://samsoncasselnucci.com/), and attending different shows like musicals and operas. 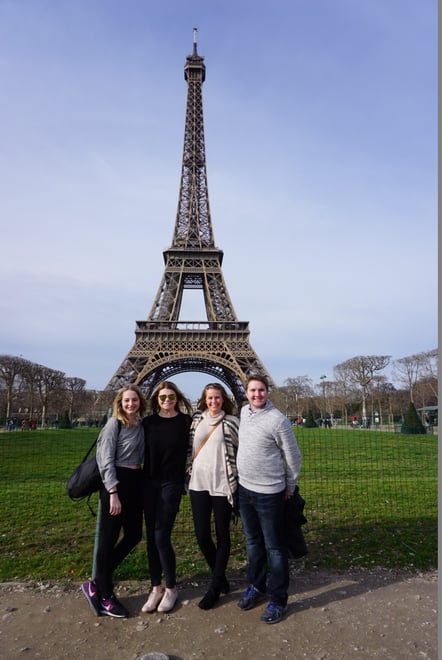 CW: Why did you choose the CAPA program and why London specifically?
SCN: For me, CAPA was the only program that allowed me to take classes and intern, a no-brainer for a business student at a university as competitive as Pitt. London as my choice city only occurred to me when I looked at Pitt’s options: I don’t speak Italian so getting an internship in Florence was out of the question. Australia, while beautiful, didn’t seem to have the focus I was looking for, which was on hospitality and a refined culture shaped by an extensive history. My only other option was London, which turned out to be the best option for me! London is a city rich in history and culture and a very competitive market in the hotel industry. I immersed myself in both while there and I wouldn’t change a thing! 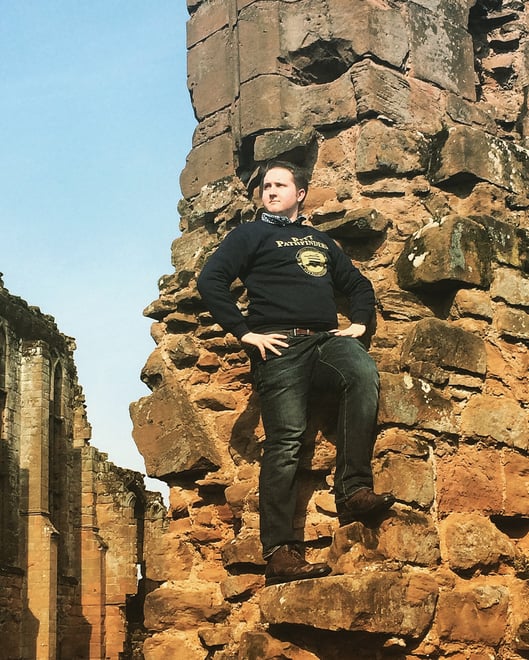 CW: Talk about academics abroad: Which classes did you take in London? How were you able to connect your experience of the city itself and your academics?
SCN: While in London I took three classes: "International Economics", "Managing Global Supply Chains", and "Shakespeare in London". Although I could talk about them all at length (We debated Brexit in my economics class and visited the International Maritime Organization in my supply chain class), my favorite class would have to be "Shakespeare in London". Every week we read a new play and discussed it in class, with corresponding activities that brought the play to life right in front of our eyes. Whether it was acting out a scene, comparing and contrasting different Richard III performances in movies, or presenting our own adaptations of Romeo and Juliet, each class was unique and engaging. However, what really brought the class to life were our interactions with the city of London. We took field trips to see different Shakespeare plays of all styles (a black box production of Richard III, a parody of A Midsummer Night’s Dream, a National Theatre production of As You Like It), and did a walking tour of famous sites in London that would have existed in Shakespeare’s time. All of this made William Shakespeare, his works, and the time in which he lived more accessible to someone like me and I have a greater appreciation for it all now than I ever had. 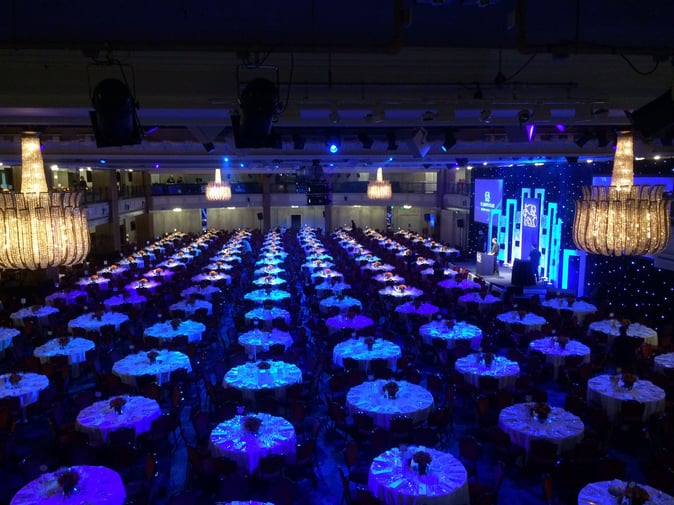 CW: Tell us a bit about your internship in London, your duties and accomplishments, and any challenges or particularly rewarding moments you've had.
SCN: My London internship was one of the most rewarding and fulfilling activities of my time abroad (and I am almost tempted to say of my entire life!) I interned at the Grosvenor House, a JW Marriott Hotel, which is one of the oldest and grandest 5-star hotels in London and certainly the jewel of Mayfair, the neighborhood in which it is situated. The hotel borders Hyde Park, right on Park Lane, and is just a short walk from all the major attractions that London has to offer. I was a Sales and Marketing Intern, which means I worked closely with both teams to fulfill major bookings for the hotels suites and event spaces while also marketing and promoting various aspects of the hotel. No two days were ever the same, and I had the privilege of getting to do some pretty cool tasks, like photographing President Barrack Obama when he visited our hotel, conducting site inspections at rival hotels and event spaces, and attending sales parties with the rest of the staff. Even though it was a lot of fun, there was also a lot of work involved as well, and one of the most difficult aspects was balancing my commitments at my internship with those of my academics. I would have much rather interned full time than split my time between studying and working, but they don’t call it “study abroad” for nothing! 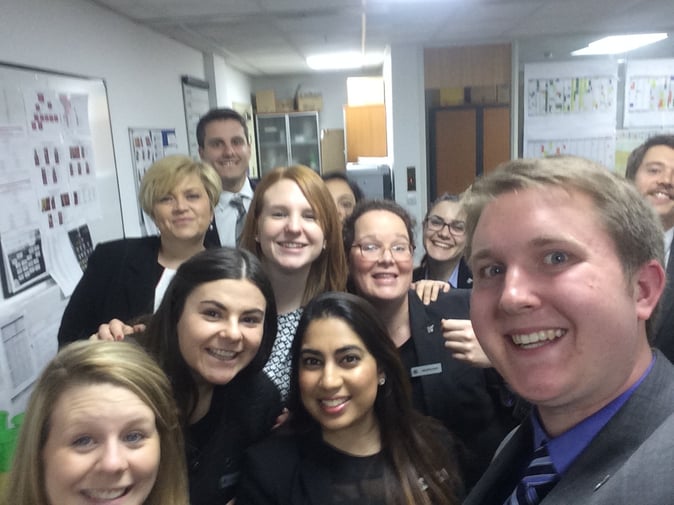 CW: What was a typical day in your life as an intern like?
SCN: My typical day as an intern almost alternated between what a “typical day” would be and a more unique day which usually included special events, which the hotel is seemingly always hosting. The typical day would include a mix of marketing activities (designing flyers and event pages, setting up presentation boards, conducting market research, and taking photographs for our social media accounts), and sales activities (recording wedding and special event bookings, calling competitors, organizing sales records, and inputting sales data into Marriott specific systems). On the other hand, the not so typical day included some of the activities I mentioned above but also attending weddings to make sure they go smoothly or attending monthly sales meetings to discuss hotel sales metrics. To capitalize on what I learned in the workplace, all interns needed to take the “Learning Through Internships” class, which meets once week to discuss workplace triumphs and tribulations. 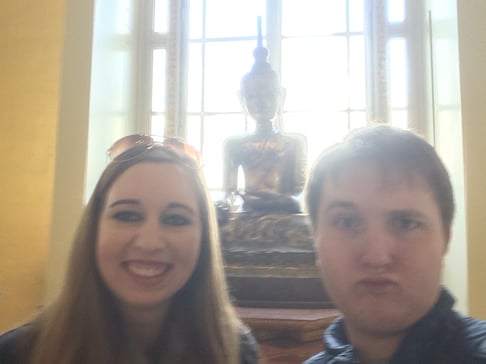 CW: You participated in student council while you were in London. What did this experience involve? Is it something you'd recommend to future students?
SCN: My participation in the CAPA student council rounded out my international experience quite well. As a student council member, my primary responsibility was to assist in planning and holding the student social, which actually went off without a hitch and was one of the most highly-attended student socials of the London program in recent years with over 100 people in attendance. Other duties included sitting in on focus groups to improve the program and planning ancillary activities for students. I would absolutely recommend joining the student council to anyone that wants to connect with CAPA and London on a deeper level and make an impact far from home. 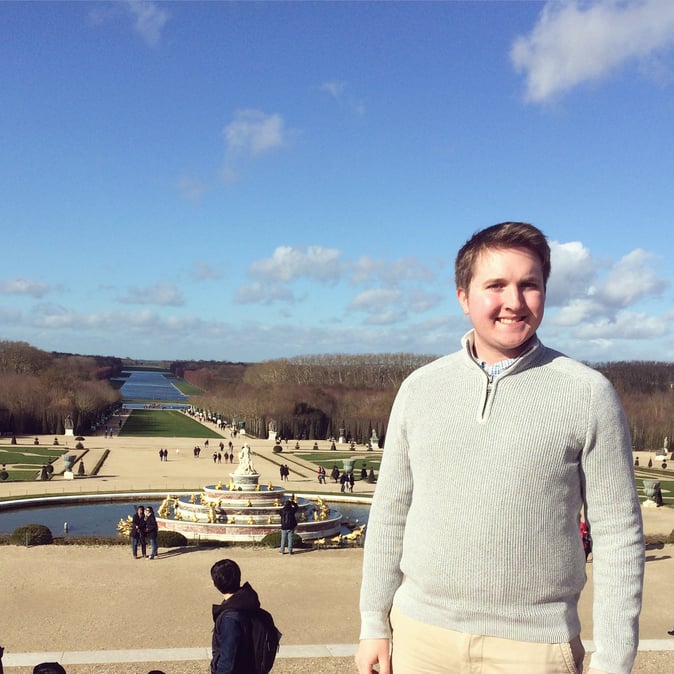 CW: What were some of the specific observations you were able to make about British culture? How did these compare to the culture you’re used to in the US? Any advice for adapting to changes, culture shock or simply navigating the city when you arrive?
SCN: Two of my main observations about British culture were 1) How candid the people are and 2) How much they care about world events. The British are surprisingly open about a lot of things, and they won’t avoid addressing you directly if they have a comment or a question for you. Both my professors and coworkers were very open with me about how they were feeling as well, to the point where I knew more about their lives than I had originally intended!  British culture is also very concerned with events and people both outside and inside the country’s borders. For example, some friends and I bumped into a few guys at the Imperial College student union and we had a fairly in-depth discussion on U.S. foreign policy right then and there, with complete strangers! The willingness to talk and to talk about world events specifically was fantastic to me because it seems that the U.S. culture in this instance is more reserved, that people aren’t willing to go out on a limb to talk about what may be considered personal matters, like politics or personal issues.

If I have any advice for people studying abroad in London it would be to do your research beforehand, not just about the British culture but about the geographical area, the history, and (if your interning) the company for which you are working. This will surely lessen the impact that culture shock (if you should find yourself in that state) has on you and also make it easier to transition into British culture, should that be your goal. 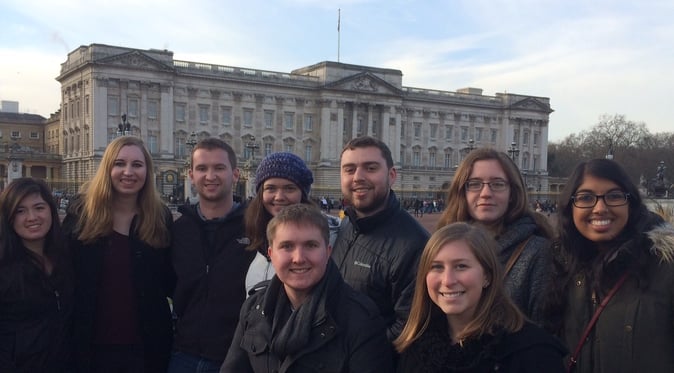 CW: Where do you see yourself taking your career over the next few years when you graduate? Did your experience abroad in any way shape your career goals and aspirations?
SCN: My career aspirations have definitely been shaped by my time spent abroad. I know now more than ever that I want to work in the hospitality industry and preferably with Marriott International. I realized that the company culture, centered on employee engagement and well-being, is something that I really valued at my internship and I know that Marriott is a company that I can support and work with for a long time. I’m not sure exactly where I see myself after I graduate, maybe working for one of the big hospitality corporations at their headquarters or maybe in another industry entirely. However, I do know that hospitality will have a special place in my heart. 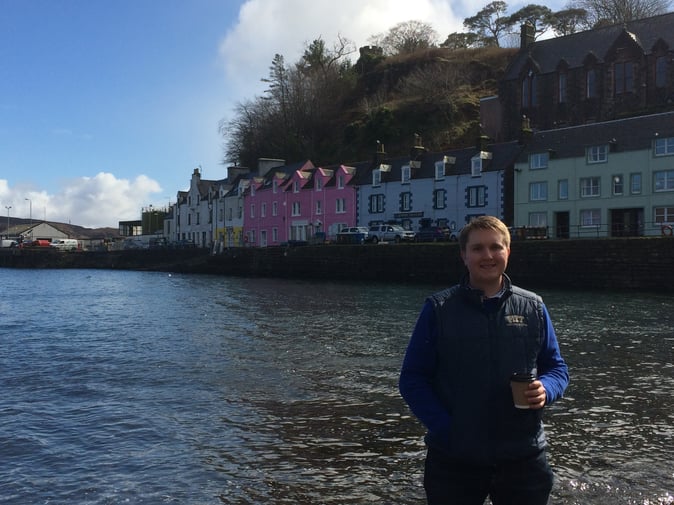 CW: Where were the places you carved out as "Your London" - the places you found outside of the tourist sites, the places that were most meaningful for you? What was special about them?
SCN: My favorite place in all of London was the Covent Garden district, which has many tourist aspects to it but some of my favorite memories were created there: Seeing Glen Close return to her starring role as Norma Desmond in the one month run of “Sunset Boulevard” at the English National Opera, watching and interpreting L'étoile the French opera by Emmanuel Chabrier at the Royal Opera House, shopping in the open air atrium (formerly an apple market) for my friends and family, and eating a delicious lunch at Jamie Oliver’s restaurant while watching the street performers playing, singing, or contorting before my eyes. Covent Garden is tucked away from some of the more popular sites but it has a certain elegance and poise to it, whether early in the morning or late at night that has never ceased to surprise me. 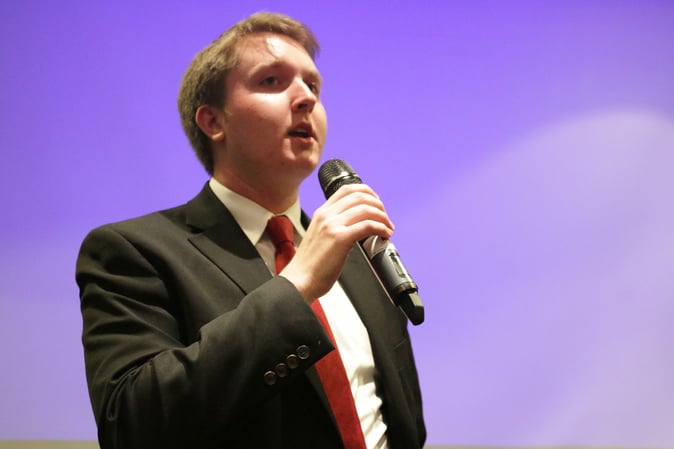 CW: What changes have you seen in yourself since you began your study abroad program? What has your experience taught you about yourself and the world around you?
SCN: I think I’ve changed a lot from going abroad, as everyone does, but I think the biggest lesson I’ve learned is that I still have so much more to learn and so much of the world to see. Even after spending 3 ½ months in London, there are still parts that remain unknown to me. Moreover, what little traveling I did do to other parts of Europe made me realize how vast and detailed the world is, that I would need an indefinite amount of time to really take in how much this world has to offer. I also have a lot to learn about other people and their cultures which I am more than willing to learn and to incorporate into my world view. I think that was my biggest takeaway too: I am far more aware of my desire and willingness to learn about other cultures than I ever have been, a state of mind that only has benefits in my point of view.