In this week's post, Thaddeus comes face-to-face with British English and overcomes intimidation with inspiration.

On Tuesday I finally flew into London Gatwick Airport, the seemingly little brother (and less expensive brother) to Heathrow. 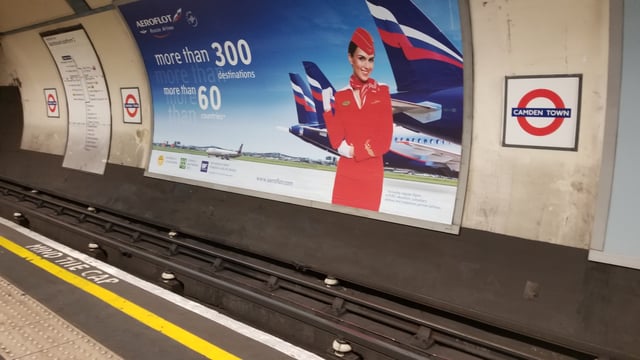 Coming from Italy, it was a relief to hear English again! Although, it was in a very different dialect than I am sure most Americans are used to. That's a given. But the English dialect was definitely the first thing I noticed getting off the plane. I think the UK English dialect has a very interesting flow and tone that follows it. It's not a negative tone, but I felt the need to rise to the level of sophistication that the dialect carries when I was interacting with people off the plane, especially at Border Control! My acting company members expressed the same feelings—even though we have studied the dialect intensively throughout our sophomore year!

I'm sure I will get over it.

I have noticed that I have a bit of travel anxiety, and coming to a new country alone as a student was unexpectedly intimidating. Knowing that CAPA on the other side waiting for me was very comforting. However I still had one free night before check in, so I got a chance to see one of my favorite singers, Margaret Glaspy, at the Lexington near Kings Cross to help welcome me to the city.

The BFA program had a special orientation with our teacher Michael Punter, whom our company instantly fell in love with. He was so ecstatic that we were here to study with CAPA, and it made our spirits as a whole much brighter. I felt more confident that I was going to be able to tackle this semester with some dedication, determination, and discipline.

With that spark of inspiration, I was able to come up with some new goals for myself while I am here in London, that maybe go beyond my acting curriculum. One goal I am very passionate about taking an in depth look at is theater design and architecture in London.

While I was in Italy, I had the opportunity to see two monumental theaters: Teatro Olimpico in Vincenza and Teatro Farnese in Parma. Seeing the amazing sculptural detail and scale of both of these theaters inspired me to want to take a closer look at London's theater spaces and do proactive research on the reasoning behind the theater's layout. This will be something I am especially interested in investigating at the Globe Theater. There are few theaters with that kind of communal audience experience that the Globe offers, especially in the U.S. I am curious to see if the architecture of that theater has influenced how other theaters have been built or perceived throughout London. Is there a communal aspect to viewing theater in most theater spaces in this city? How do the unique details of each theater alter the viewing and experience of the audience's perception of the story, or even the entire event of a play?

I think this will be a question worth investigating to possibly help me find new ways to find work and collaborate in my own career.

My non-jetlagged/culturally overwhelmed brain will have more thoughts to share next week!