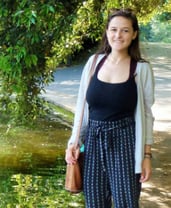 Words by Isabelle Zoeckler, a cultural studies and communications major at Clark University who studied abroad in Dublin during summer term 2016.

“All art is at once surface and symbol” reads a shiny marble column in front of a statue of Oscar Wilde jauntily perched on a rock at the corner of Marion Square Park in Dublin.

Wilde’s words speak to the way in which one can learn a great deal from the art that represents a city. This past summer I had the opportunity to study abroad in Ireland through CAPA. As I explored the city, I took notice of the many monuments, like the one of Oscar Wilde, commemorating classic Irish authors who once called Dublin their home. These statues, bridges, and street names symbolize the importance that the city and people place on their literary history. 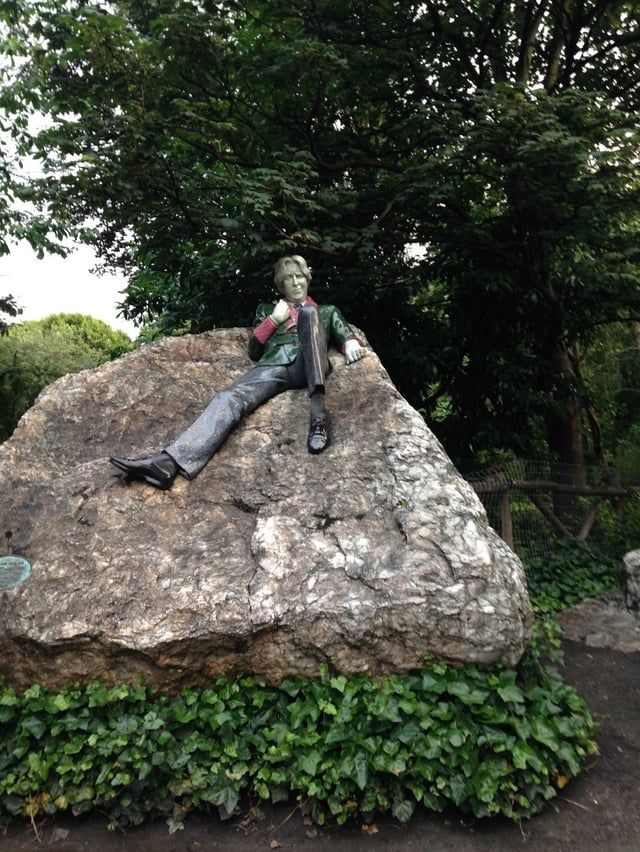 Through adventures of my own, and with my "Exploring Global Cities: Dublin" class, I was able to explore Dublin in context of its larger progression through time and space. Art became a key component of how I began to understand the history and culture of Dublin. In class, we discussed the lens of semiotics, the study of signs and symbols, and the nineteenth century notion of urban artists known as Flaneurs’, or leisurely observers. I had the opportunity to take on the role of the flaneur in Dublin, as I walked around Marion Square Park, and visited the National Gallery. The galleries are filled with powerful works, many from local artists. One piece that stood out to me was Jack B. Yeats’s, Morning in a City, because it offered the perspective of Yeats, as the detached observer. In the work he is standing alone in the middle of a busy street; as a visitor in Dublin, I connected with this perspective. 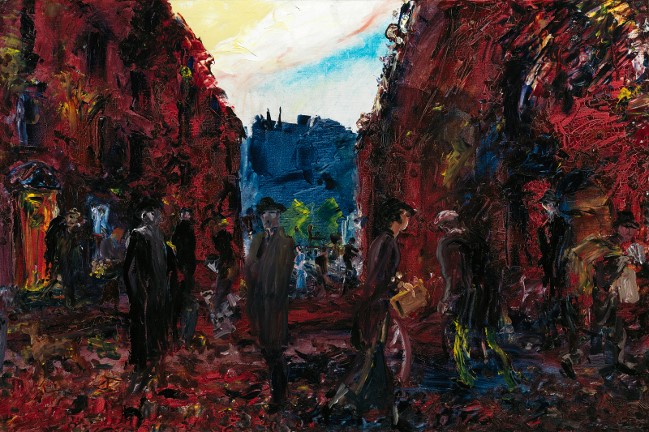 Classic art and literature is still very much alive and vibrant in the city of Dublin. However, when exploring the back streets and alleys of the city it’s impossible not to notice the street art. Street art has become a defining presence in many urban spaces, and Dublin has chosen to embrace it. Some street art has even become infamous, and people photograph it as if it is a landmark with the same significance as the previously mentioned historical statues. One such place is Liberty Lane, which is covered in graffiti from the ground up. This street is located on the border of a quickly gentrifying section of Dublin, and has been re-purposed as a sort of hipster photo-shoot location. In this case the intention of the art doesn’t necessarily match the audience, but that is what makes it so unique. 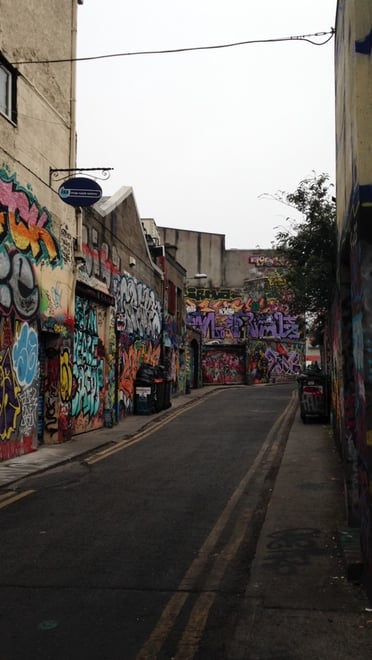 The art in Dublin helps set the tone for particular areas of the city and allows those detached observers a deeper understanding of the values and traditions celebrated there. Dublin has evolved to become a global city and the changes taking place in the people, art and energy are palpable. Each section of the city offers a different rhythm and way of life. Using art as a symbol to help understand and interpret the city of Dublin is a powerful way to explore this urban place.