Learning Irish Dance and Going on a Coastal Adventure

In this week's post, Jessica experiences Irish music and learns some Irish dance moves during Culture Night in Dublin, and then takes a trip to explore the Irish coast with her friends.

This weekend consisted of some new adventures out to the seaside and to an Irish Speaking Pub for Culture Night. Culture Night is an annual event held through all of Ireland, with museums, tours, and events that are free in the evening. Before I came to Ireland, I knew I wanted to see a lot of live music, especially traditional Irish music, which can also be called “trad sessions” at certain pubs so this weekend, I did just that. 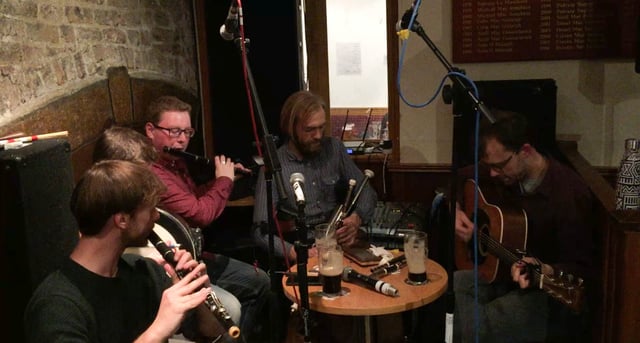 The first place my friends and I went to on Culture Night held a céili, which is where live music is played while people folk dance. It was held at a small little pub called Club Chonradh na Gaeilge, which is a cultural and social organisation that promotes Irish language. We sat and listened to the music and as the night went on, the place became crowded.

Eventually, a man came up to the microphone and started speaking in Irish. This was cool to hear, because you don’t hear the language much around the city. He did translate to English, and announced that they were ready to start teaching dances. We all grabbed a partner in the crowded room and were eager to learn the first Irish dance. In this dance, you crossed your arms in front with your partner, and did a kicking step while turning inside and out in the circle to the beat of the music. The guy started counting in Irish, and we brought out or best Irish dance moves. The second dance was a little more complicated with some more kicking steps, as well as turning around and going underneath the arms of the couple next to you. 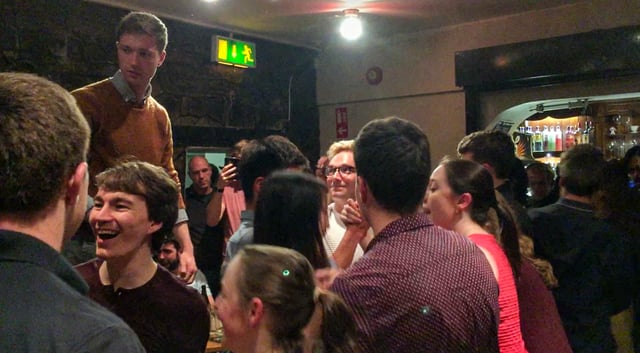 Learning Irish dances in a crowded room for Culture Night in Dublin.

That night has been one of my favorites so far, and I would love do to something similar again. Finding live music didn’t end there, though. Fortunately, a friend from one of my classes told me he goes to a local pub for weekly trad sessions and invited me. The pub is called Peader Browns, and every week a bunch of the locals gather in a circle with all types of instruments and play classic Irish songs. They even did a couple covers of some American songs, like American Pie. This was not a tourist spot at all, as it emptied out on a weekend night around 12am. It was just a place for the locals to come together and play their music, which I think is beautiful.

This past weekend, I also took a trip with some of my friends to Howth, which is a fishing village right on the coast of the Irish sea. We tried fish and chips, checked out the local market, and hiked the trails along the cliffs. The view was stunning and I am ready to buy a house on the seaside now. I recommend traveling here if you ever come to Dublin. It’s only a 40 minute bus ride from the city center and is a nice breath of fresh air from the crazy city life. 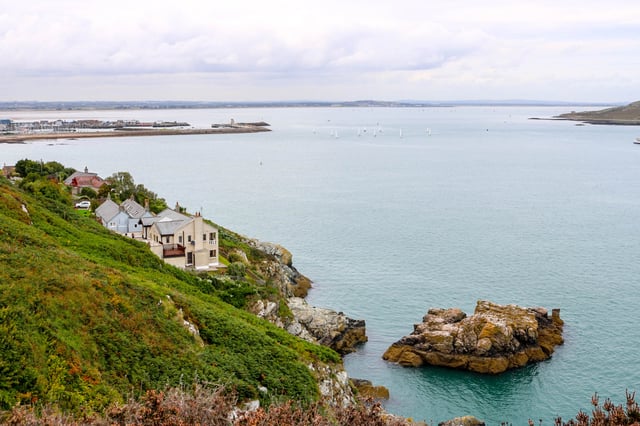 A view of the houses and marina in Howth.

I am starting to get into a routine and know my way around the city. My internship is finally starting up and I can’t wait to tell you all the exciting things I will be doing! This weekend, the CAPA group goes to Galway and the Cliffs of Moher. I  will be sure to share some photos! 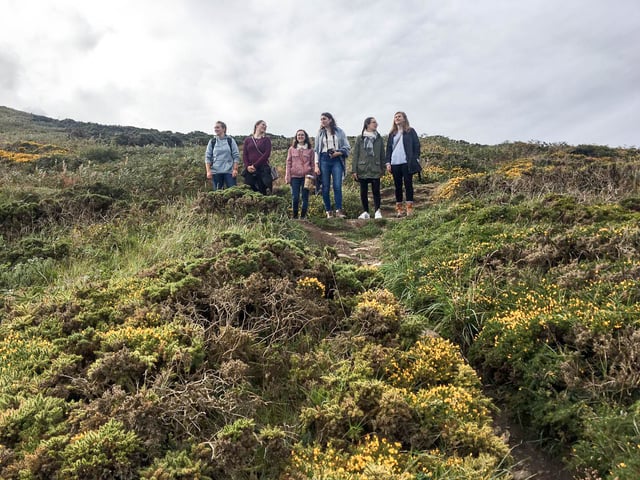 Exploring the Irish seaside with friends.