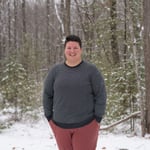 In this week's post, Cole tackles the tough topic of money and how best to budget when studying abroad.

Do I want a new sweatshirt or a souvenir in Ireland?

This is the exact kind of thought that I would ponder before my journey abroad. There were several chances to buy new things at home—each paycheck was tempting to spend.

Fortunately, I maintained a sort of patience and thoughtfulness when deciding what to do with each paycheck. I saved nearly everything I was making and, while that caused some immediate stress in day-to-day living, it paid off.

As a full time student, Resident Assistant, staff member for the fitness centers, Peer Health Educator, staff member for the school newspaper, and a social human being, I knew it would be a challenge to save money and still be all of those things. Eventually, it became normal to live with the bare necessities. It was routine to eat in the dining hall and make do with the things I had. That is not to say my parents and family did not financially support me, because they did—beyond what I ever could have asked for. It was difficult to ask my mother for money when I had no gas in my tank or no food in my fridge. Sometimes it was for a required textbook or some random financial demand. It never felt good asking, but my parents knew I was doing everything I could and the only expectations they really extended were that I achieve respectable grades, make wise decisions, and seize every opportunity that presented itself regardless if I succeeded or failed.

The support system I had up until my departure was inconceivable.

So what kind of strategies and tactics assist in the saving process? Well, people will tell you to work every hour you possibly can and to not go out with friends every weekend. They might even tell you to be miserable and broke because it will be worth it. I agree and disagree.

In taking the right steps toward saving early on, there is nothing to really be worried about. Personally, I educated myself about study abroad during my freshman year of college because I had a slight interest. As my interest grew, I continued to read about it and I asked questions. There are innumerable scholarship opportunities for study abroad prospects, there are budgeting programs, study abroad advisors, and even potential loan opportunities. Ultimately, mentally preparing yourself is just as, if not more important than financial preparation, but let’s face it… money matters in this case. 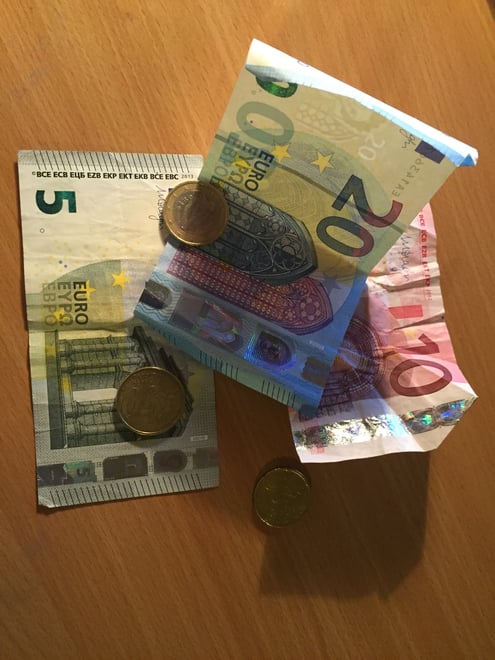 Thank god for mothers with old savings accounts. Each time I was paid, I calculated the approximate funds I needed for immediate demands. Whatever I had left over would leave my fingertips before I could even think about spending it. How? I texted my mom every week or so and gave her a heads up that I wanted to transfer money into the savings account… that I had no access to. AHA! Not having access to the money I saved was probably the most brilliant idea I have ever had. Of course, it was frustrating at the time seeing all that earned money just disappear, but when I saw the account total the day before I left for Ireland, I was stunned.

The best part? I did not have to work 60-hour weeks. I did not have to miss out on every single event — prearranged or spontaneous. I was not (always) miserable. It all depends on what you are willing to sacrifice to benefit you in the long run; see the bigger picture.

My intent in preparing my finances was to do it on my own. I did not want to rely on holiday money, birthday money, my parents and family, or loans. I set a goal… and I surpassed it.

Being said, I was fortunate in that my family is altruistic and encouraging. They supported my dreams through and through. I never asked for materialistic things—not even money, but because they could see me pushing myself academically and in all my extracurricular pursuits, they were not hesitant to support me financially wherever feasible.

My advice is to try to do it on your own without resisting offered help. The end result is ultimately more gratifying knowing you are where you are because of you.

Now that I am here, in Ireland, I can remember the times when I felt despondent because all my friends had plans. While I remember those times, I also remember that I had plans too—much bigger plans. Remind yourself why you are doing this. The experience of a lifetime; cultural immersion and exposure to the world around you is much more worthy than a night out on the town.

Budgeting is an element of financial preparation that does not take its course until you are officially abroad. The actuality of budgeting becomes very real as soon as the plane lands. Personally, I stayed so diligent in the months prior to my term abroad that I allowed myself a comfortable financial cushion, but that does not mean my funds required no attention.

The ability to determine what you need versus what you want is quite imperative while abroad because money dissipates quickly whether it is intended or not.

Some of the strategies I use to spend minimal money day to day include: 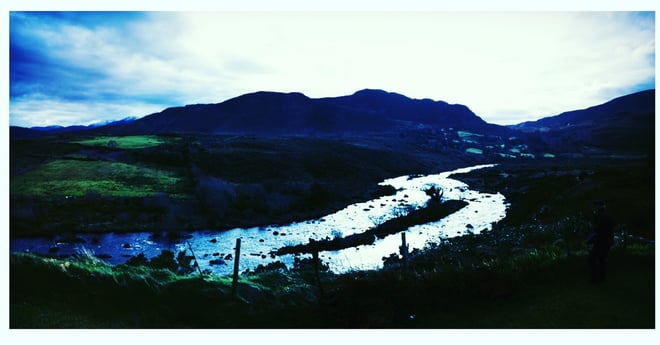 Students studying abroad have all sorts of strategies when it comes to budgeting. Some students do not have to budget and that is acceptable too, however, having to maintain financial discipline is, in a way, a transferable skill for life. Economies are perpetually changing and while that is out of our control, at least we can control how we adapt to it.

It is my conclusion that most students fear the financial aspect of study abroad more than any other component, but I cannot stress enough that with patience, wise decision making, and a proactive approach, stress should be almost non-existent.

Sometimes you just have to step back to see the bigger picture.