In this week's post, Tommy introduces us to his host family.

Jorge is the dad. He works on the family’s farm, which is a couple hours outside of the city. Because it’s autumn—and therefore the harvest—I haven’t seen him since I visited the farm during Easter. 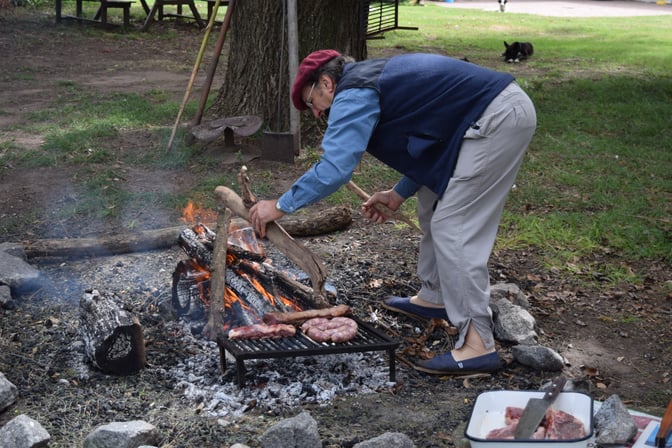 Delfina is the only daughter. She lives a few blocks away and visits the apartment all the time to plan her wedding, which is in a few weeks. Delfi gave me my first taste of mate, a traditional Argentine drink shared among friends.

Pistón is the dog. I think he’s some sort of terrier. He belongs to Delfi and lives with her most of the time, but she leaves him with us often.

Benjamin is my age. He’s the younger son and studying agriculture. Benja and I got to hang out a lot for my first two weeks in Buenos Aires, but he’s currently in England at an internship on a farm. 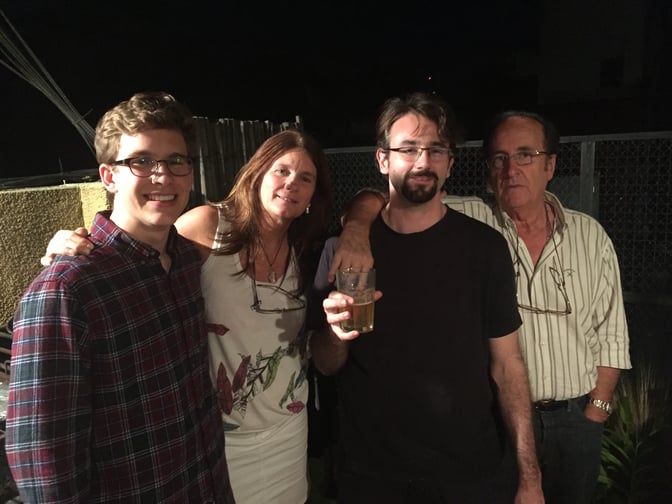 Photo: Johannes and I were invited to Benja's going away party. Here we are with our host parents.

Jorge, Jr. is the older son and still lives at home. (In the US, it’s somewhat taboo for 30-somethings to live at home, but Buenos Aires’ housing prices—and the fact that mortgages don’t really exist—make it common here). Jorgito is a musician who works a day job but teaches guitar lessons on the side.

Jorgito always takes such good care of me by cooking great meals and spending time with me. We took Pistón to a park when Delfi was gone for the weekend, went to his friends’ concert one Sunday afternoon, and eat and watch TV together all the time.

He speaks almost perfect English, so he’s able to figure out what I’m saying when my Spanish doesn’t make sense. He also corrects my Spanish a lot, which helps me to improve. 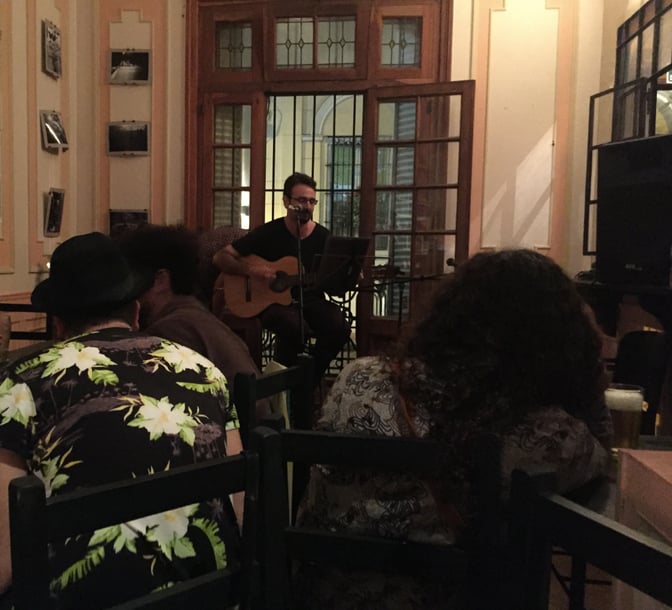 Johannes (Juan, in Spanish) is the other foreign student in the house. He’s Jorgito’s age and working on a thesis in philosophy. His stay will be much longer than mine, as his thesis won’t be done until the month after I leave. He’s been in Buenos Aires since the spring.

I have wonderful conversations with Juan about modernity, the human condition and other very philosophic topics. He’s very intelligent and observant. Plus, he always brings very interesting perspectives to our discussion.

Juan is by far the easiest person in the house for me to understand. Our Spanish level is about the same, so we both speak at a good pace for each other with similar vocabularies. 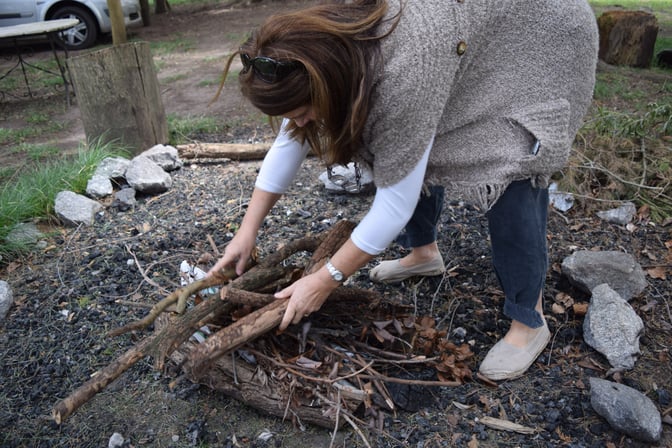 Adriana is mi mamá. She’s an interior designer and landscape artist. While Jorgito is quite the chef, Adriana is the one who feeds me daily. We love to talk and joke. She asks great questions about my home and my family, and she’s passed on very meaningful life advice. Although we enjoy watching telenovelas together, Adriana always pushes me to go out, see the city and meet new friends.