In this week's post, Elizabeth tells us her favorite Argentian Spanish phrases she's learned, and how to use them.

I came to Argentina knowing very little Spanish (okay, fine, you got me… virtually none at all).  This semester has been my first Spanish class and first serious language class, unless you count a second grade course where we mostly watched movies and I think all I learned was colors. I’ve learned that there are many differences between Argentine Spanish, Spanish in Spain, and the rest of Latin America, most notably the accent and the ‘vos’ form.  Instead of ‘tu’ people use ‘vos’ and pronounce ‘ll’ like ‘j’.  My vocabulary is still pretty limited, but with the help of friends and my host family I’ve managed to pick up a few phrases specific to Argentina. 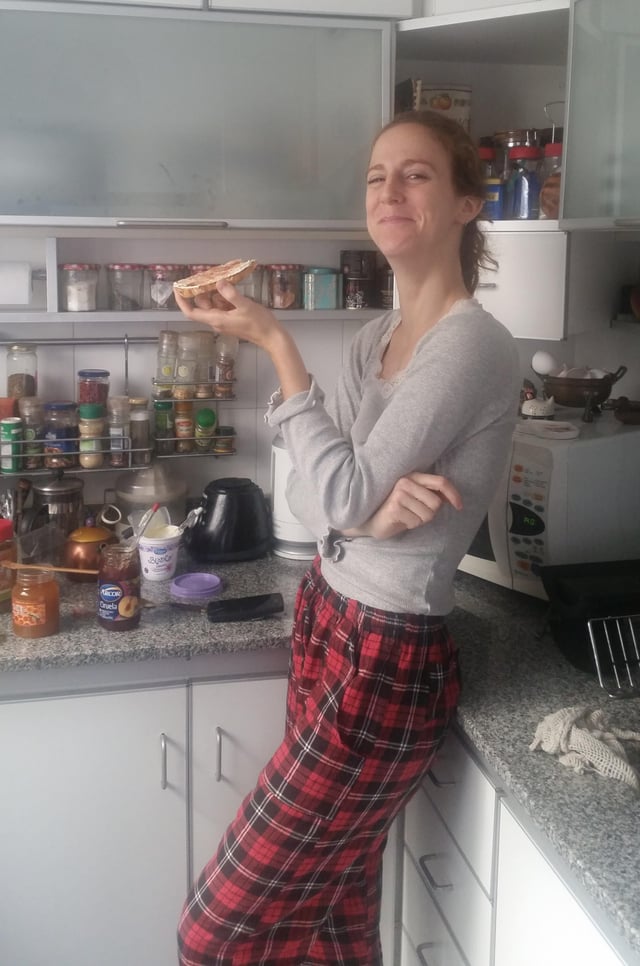 Photo: here’s my host sister, Sofia, humoring me for a picture for the blog

This one is my favorite, and I’m pleased to say I’ve already used it, and it went over pretty well.  It comes from the verb ‘flatter’, and it’s used to describe a real ladies’ man or player-type who flatters excessively.  It’s pretty insulting, so if you feel the need to tell someone off using this word, it’s better to say ‘Eres un poco chanta’ than to flat out accuse him (or her) of being a chanta.  This is just one of many useful phrases and tips my host has given me. 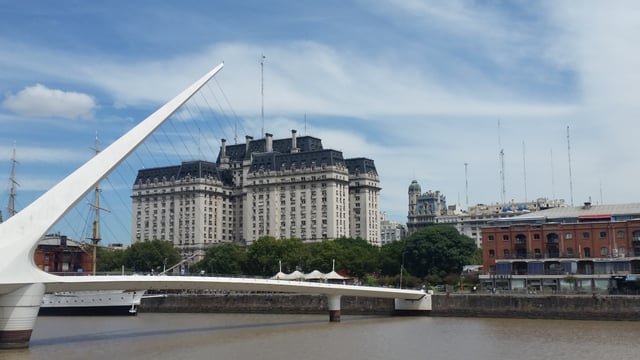 Photo: here’s a view of the river from Puerto Madero

In my experience at shops and in the streets, this is the most common way to say ‘you’re welcome’. I’ve also heard ‘por nada’ a few times, but ‘no, please’ (usually in a serious tone) seems to be customary.

(When you hear the river sounds, it’s water being brought): The direct translation I put is probably not quite right, but it’s the jist.  This one I learned from my host, during a conversation about government cover-ups and corruption. It’s similar to “Where there’s smoke, there’s fire.” 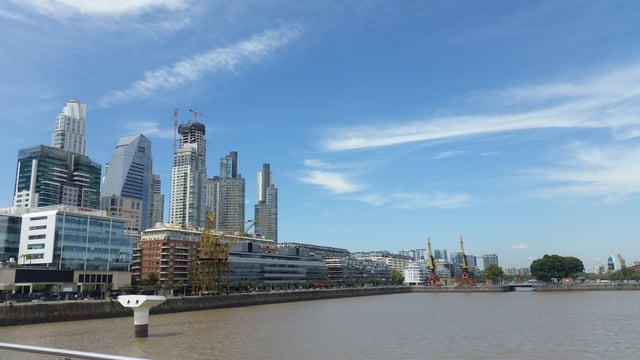 Photo: I haven’t put many pictures up of the city itself, so here’s a view of some of the skyscrapers downtown

5. Yo no como vidrio

(I don’t eat glass):  This one I’ve decided to start saying in English when I get home, I want it to catch on.  The most fitting translation would be “I wasn’t born yesterday,” but I think this expression has more of an edge to it.  So far, no one has tried to fool me (luckily), so I haven’t been able to use it.  At Least I’m ready.

I hope I can add to this list as I listen and learn more, but for now, this is all I’ve got.  Thanks for reading!