My Daily Commute and Public Transportation Experience in Buenos Aires

In this week's post, Nora talks about her enthusiasm for public transit and her overall commuting experience in Buenos Aires.

I have done the daily commute in 4 different cities now and while it wasn’t always perfect, my favorite was probably Buenos Aires. Here’s the Subte Map:

I lived a few blocks beyond Juramento on the D line and Austral’s stop was Tribunales. This means I rode almost the entirety of the D line at least twice a day during the week. The commute took almost an hour. I didn’t mind though. A train ride gives you time to read or listen to podcasts and plan or reflect on your week and sometimes spontaneous things happen like a harpist might board your car. I enjoyed the music of your typical guitar-slung subway busker more times than I can count but the harpist was memorable.

One thing to note is that these subway cars were sometimes the most crowded I have ever been on and I have ridden Tokyo’s famed JR at rush hour. Somehow any time during the work day, one is still bound to encounter packed cars rolling up to the platform. That said it is the only city I’ve ever had a commute in where it was possible, routine even, to be descending a crowded escalator to the platform at 8:45am on a Monday morning as a train was sitting, doors open, and look around as everyone stayed standing, no one rushing to catch it. This is because there is a train reliably every 2 minutes on the D line at least. I even heard an announcement once apologizing that due to protests it would be a whole 4 minutes until the next train, where in the United States in a lot of our cities I think the train just would have been late with no notice and probably much later than that! 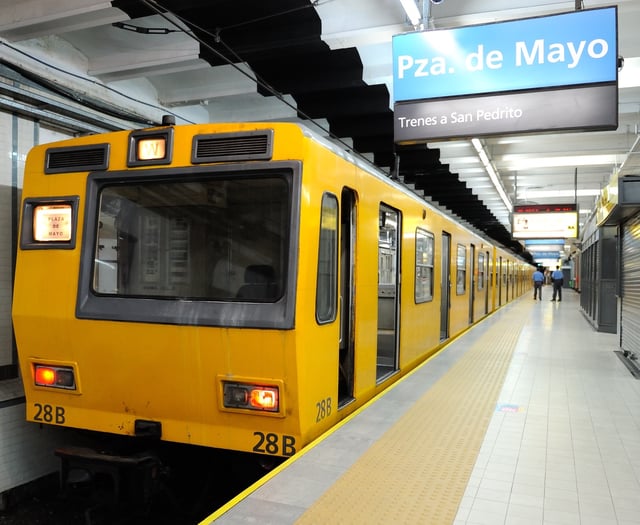 There are also very interesting economies chugging away down on the subte that we do not have, to my knowledge, in the US. Of course, we encounter beggars and are entertained by musicians, but in Buenos Aires there are people, all the time, on the train selling packages of tissues and pencils and some selling post-its or pairs of socks. They will run down the car placing an item in each person’s lap as part of their sales strategy. It’s very interesting.

Unfortunately, there is no late-night service on the subte but luckily a robust bussing system runs all night. They call the buses “colectivos” and unlike a train ride which is a flat rate, a ride on a colectivo is a by-distance fare. You must tell the bus driver where you plan to get off. Though I’ve heard of this system in other places it seems very strange to me. It’s a silly thing, but I love the idea of blinds on bus windows and I think we ought to implement them here at home. 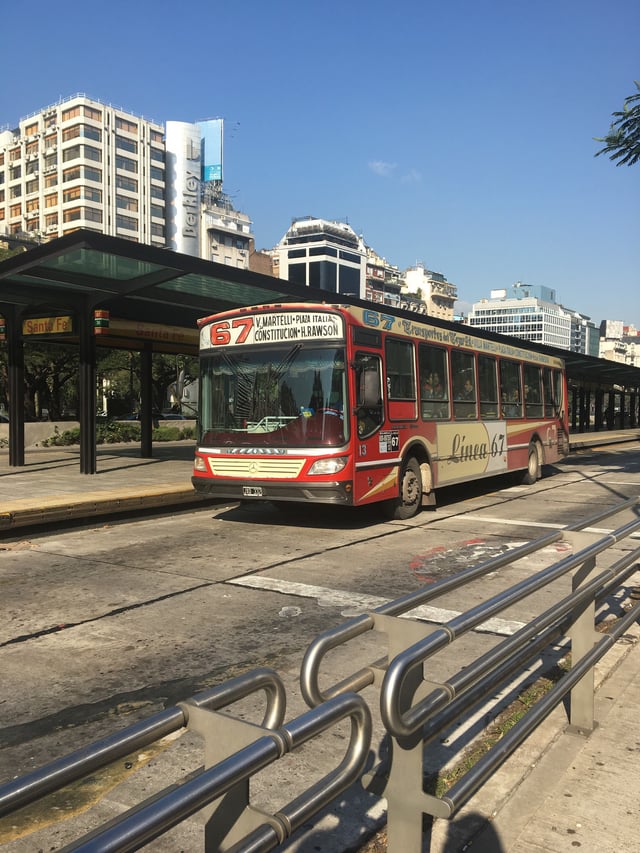 Sometimes there are strikes on the subte and you must take the bus and sometimes there are general strikes which make transportation really difficult, but most of the time it was easy to navigate (a little more difficult around an older, more impoverished tourist area called La Boca.) There is no train to La Boca and the colectivos can be a little complicated. My first day of study abroad though I decided to take the train in this new city. As luck would have it, it stopped several stops before school and after an announcement everyone sighed collectively and got off the train. Luckily I found a bus that took me pretty close to school and I wasn’t late. Coincidentally it was the 39, the same bus that I’d take to school in Boston if the T was down!