In this week's post, Cat tells us about her first few days in her new home, and what she's observed.

The Dublin airport was bustling with people, I hurried to get a taxi and the craziest thing happened. When I saw the taxi arriving the driver was somehow driving from the passenger's seat. I was officially in Ireland. 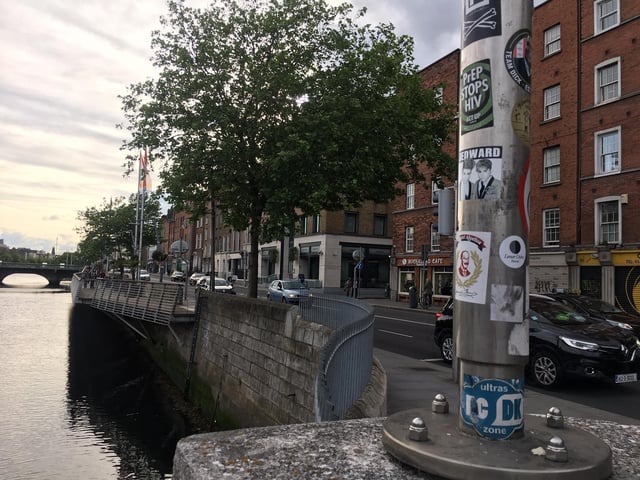 Photo: a look at the river Liffey from one of the many bridges.

Here’s the low-down; the river Liffey divides the city between the North and the South. The North side is known to be the sketchy side, but a local told me it is changing into a desirable area. Either way the South side, where I will live, is the center of the city. All of the entertainment and shopping lies here. The key task for me will be finding the spots where only the locals go and no tourists will be found.

I was shocked at the amount of nature found in Dublin. From St. Stephen’s Green, which is like the Central Park of Dublin, to Phoenix Park, which is the largest park in Europe, also in Dublin, you can be in the city while still being close to Mother Nature. And don’t forget churches! Just as plentiful as parks, the many old cathedrals found around the city provide ample options to get your religion on.

The people here are something too. I’ve only been here for four days now and I already call my friends “lads” and “lassies” without even realizing it. I also say “grand” instead of “good” now. The culture shock is actually a lot of fun.

I learned pretty fast that cursing is normal. But not curse words like in America; I am talking about words like “gobshite.” Words you don’t even know are bad until a local decides to tell you. 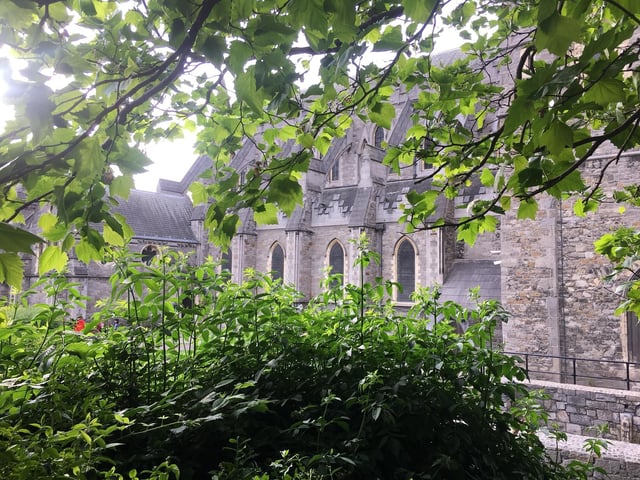 Photo: a look into the grounds of St. Patrick’s Cathedral.

Dubliners sure know how to eat. The minute you walk into a coffee shop in Dublin, you realize it’s not America because the food is fresh. You know that thing in the U.S. called a drive-thru? Well that is non-existent here. Any place you walk into serves homemade dishes. From sandwich shops to fancy restaurants, it’s a rarity to go wrong.

However, one thing you’ve got to watch out for is buying groceries because everything spoils faster here. The food doesn’t have preservatives like back home so it actually decays at a natural rate… what a wild thought. 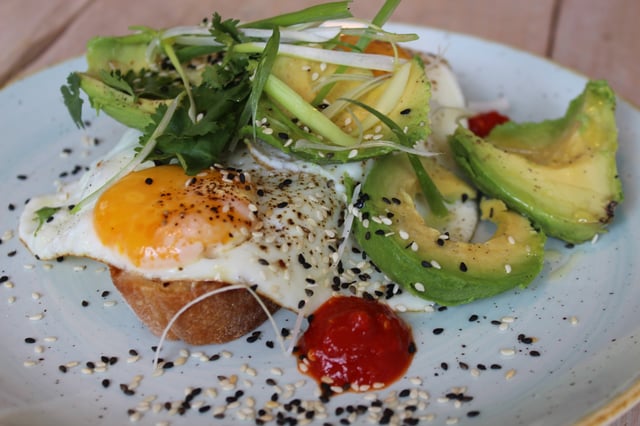 The energy of the city is drastically different from America. Rushing isn’t a concept here. Everyone takes his or her sweet time to eat, work and get ready. After all, we are on an island. One of my professors even said, “Here in Dublin we value friendship over productivity.”

So that is my first impression of this colorful city. I will report back next week with a whole new kettle of fish!