In this week's post, Nora gives us a look at what it is like to live in a homestay and shares with us about her housemates in Buenos Aires.

I am living out in a neighborhood called Belgrano almost at the end of the D line. There are a lot of good food and coffee options including cheap eats which are essential when adjusting to late dinners and the stress of exams and assignments start to kick in. I like to stop by a place right past the McDonald's on my walk home from the train for big 20-peso (about 80 cents) empanadas if I’m hungry after class and know that it’s still a few hours until dinner. Belgrano also has parks and museums. It was home to some famous historical porteños (translation: someone who is from or lives in a port city) and it is named after Manuel Belgrano, designer of the flag. 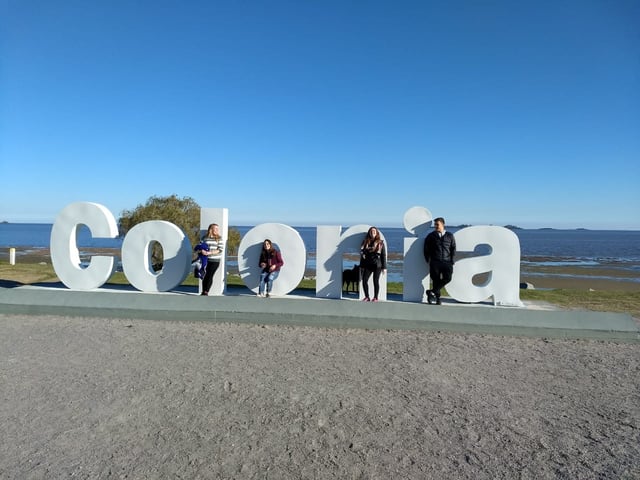 Megan, Valentina, me, and Sam in front of the big Colonia sign.
Watch out for our first album release! ;)

If, like me, you are a runner, it’s sort of a blessing to be this far from downtown because there are parks close by to run! We are also very close to Barrio Chino and something about walking through there, if I am a little stressed or homesick, maybe it’s similar to “the Irish pub effect” as my traveling cousin has called it, but it reminds me of D.C. or Boston or other cities I’m tied to back home and it can be calming that way. 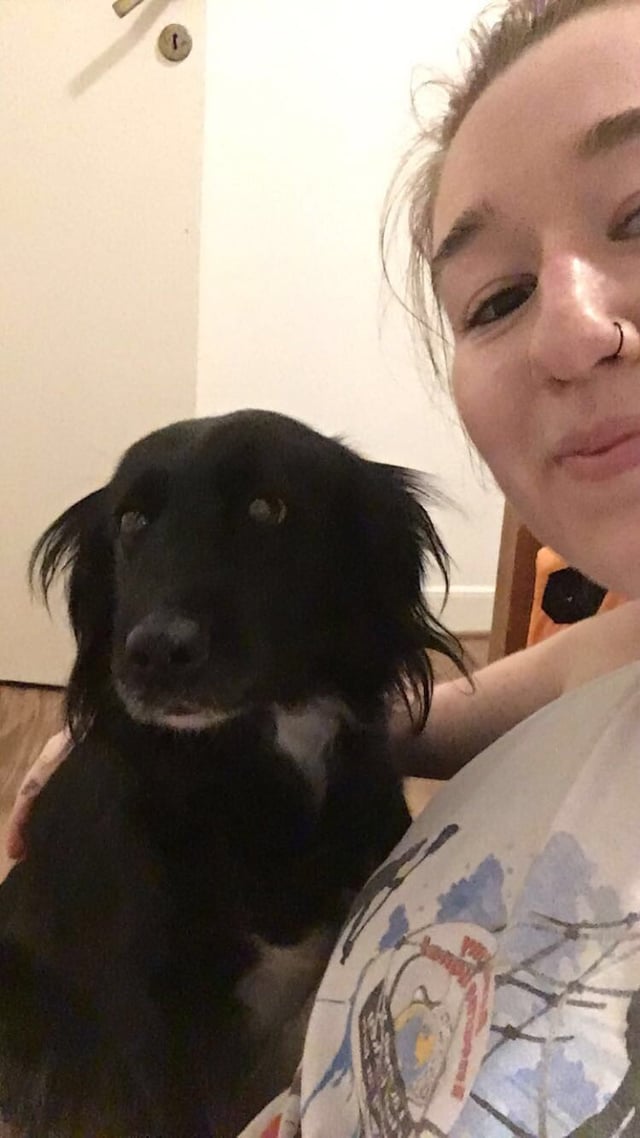 A selfie with Pampa. I have yet to get a successful picture with Tini.

I am staying in an apartment with a mom, Shirley, her daughter, Valentina, a housemate, Lucila, and another student, Sam. This is a great house to be placed in because it is laid back, but we still do things together. We have dinners together. We drink mate and tell stories and look at pictures and maps. We play chess and cards. It’s great! We even went to Colonia Sacramento, across the river in Uruguay, together two weekends ago. Shirley is Uruguayan and a huge fan of Suarez and Uruguayan football so it’s especially fun to be here during the World Cup. Valentina is in high school and loyal to Argentina’s team. Lucila is from Tucuman in the North and works nearby as a teacher. Sam is a teenager from Quebec with lots of travel plans.

And how could I forget two of my sweetest housemates. There are also two rescue puppies in the house named Tini and Pampa. Tini is a little timid due to a rough life before becoming a member of this friendly, fun, crazy, Belgrano household. She’s shy, but shows she wants to hang out with everyone by following people from room to room but usually keeping her distance a little bit, or maybe she just can’t compete with Pampa. Pampa is a longhaired floppy-eared black dog who has so much love for absolutely everyone. She puts her chin on your leg immediately after you’ve sat down. She nudges your hand until you pet her, and she loves new people. It’s been so nice coming home to those two. I really don’t know how I’ll go home to a house without a dog this fall semester.

All of us at lunch at Colonia Sacramento!
From left to right: Shirley, Valentina, Megan (CAPA friend tagging along), me, Lucila, and Sam.

In some ways (only the best ways) I feel like I’m living with the Gilmore Girls. It’s all smiles and laughs here and everyone is super supportive. Shirley is a proponent for “playing with the language” as a way of learning, so when Sam said “Tostados Unidos” during a dinner conversation about the typical breakfast foods in all our different home countries, (tostados here as you might have been able to guess is toast) it sort of just stuck. So, at this point in my study abroad experience, I am excited, but definitely a little sad to be going back to Tostados Unidos soon.