My Time with a Local Film-Lovers Club in London

In this week's post, Maisie talks about the local film club she joined in London and the memorable movies she has watched. She also tells us more about her friend Steven from Deeper Into Movies, who is passionate about bringing people and their film interests together, as well as various outlets to express your love for movies.

This is my final blog post I will be writing while in the city of London. Crazy stuff. To bid this city farewell, I will tell you about one of my new friends that I will be leaving behind. This friend, Steven, is a fellow movie buff who screens films in various locations simply because he loves film and also money. If you share our interests, I advise you come on down to a Deeper Into Movies event screening, either at the Moth Club, Ace Hotel in Shoreditch, and perhaps other newer locations by the time there are more kiddos at CAPA. 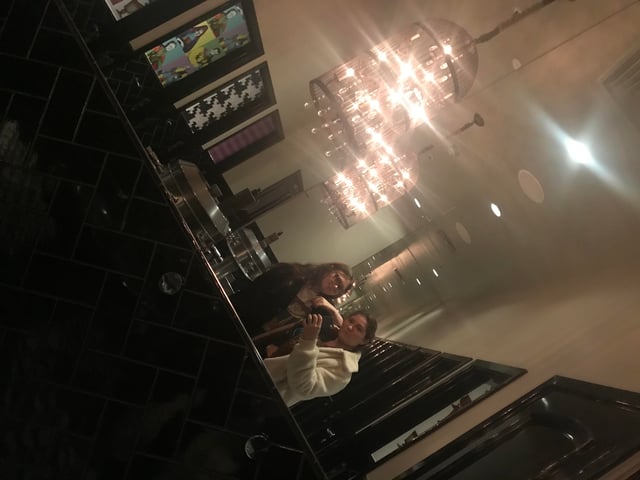 With a friend at the movie screening.

I became friends with Steven over the course of the semester after I had been to numerous Deeper Into Movies events. I was able to see: Mandy, an acid trip of a horror movie directed by Panos Cosmatos (as in, the aesthetic of the film seemed to play with drug-induced hallucinations); Naked, a film directed by Mike Leigh that documents the nocturnal adventure of one destructive drifter; and Isle of Dogs, a Wes Anderson movie I couldn’t believe I loved more than Fantastic Mr. Fox. While Anderson’s creation could be more family friendly, the other two screenings I attended were fairly shocking. As Steven puts it, “I do find that extremities are best-sellers—if I write a warning, 'This movie is insane, please know this', sometimes the show even sells out. People love the extreme.”

A scene from the movie Mandy.

Mike Leigh’s Naked takes the cake. Mandy is highly unusual and subversive, but Leigh’s work set during a London night is a winding road you simply cannot predict. Johnny, the sort of anti-hero and main character, interacted with many individuals over the course of one night, which revealed his nature that is to push away anyone who grows fond of him. In some ways, this tendency takes a very nasty turn, and stuck with him to the very end of the film (I do not want to reveal too much!). 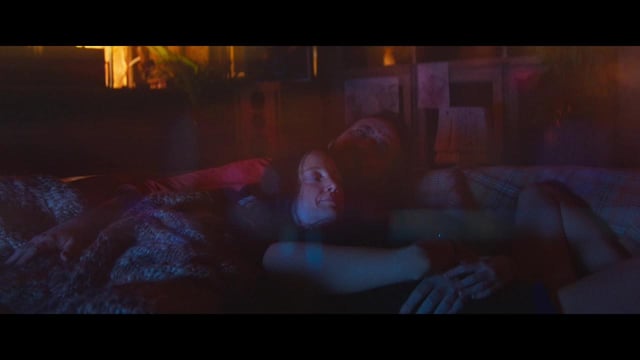 A movie scene from the screening.

Steven and I talked about how we love movies like this; movies that take place in a limited time frame or setting, like one particular room. I found it interesting that usually these restrictions place a spotlight on the characters, so that the audience can identify some sort of changes the characters displayed. In Naked, however, Johnny’s character was stagnant. I am in love with this movie, but it is not for squeamish people. 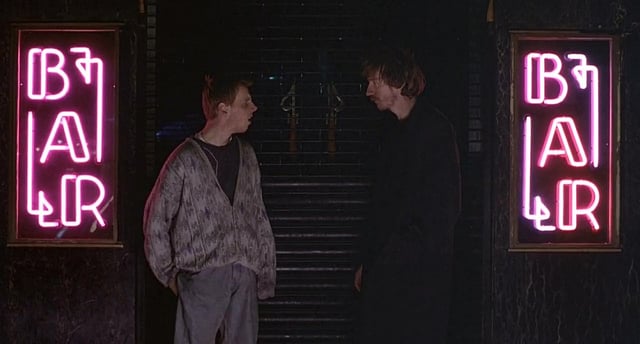 A scene from Naked, a movie by Mike Leigh.

“I remember you said you do interviews for Vice, interviewing musicians like Max Richter? Can you tell me a little more about that, or what you might be doing now that is relevant?” As it turns out, Steven is starting a magazine about film, and he wants the magazine to resemble an academic journal. He said Vice was not interested in anything like this, and he wanted to do it for himself. I invited myself to write some of the articles (um, I’m a film studies minor). 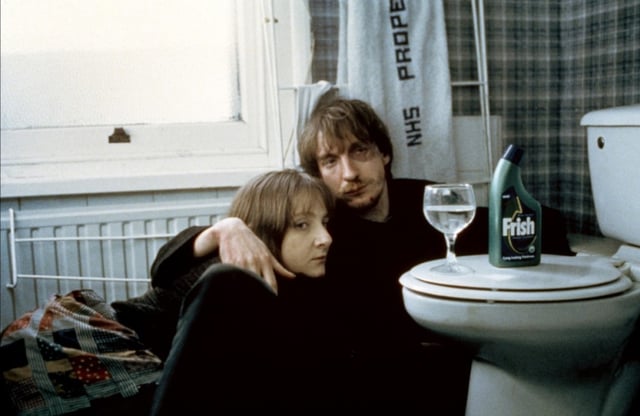 Another scene from one of the movie screenings.

I thought this idea was very interesting, and we started talking a lot about why he was doing any of this, and how jealous I was that I wasn’t doing these things. “You have to be the first in Orlando to do this, start your own group of film enthusiasts,” some solid advice from Steven. By the end of the interview, we had agreed I would start my own film club, Nicolas Cage is fun to watch on screen, and you have to check out Steve McQueen.