In this week's post, Tommy observes the city life around him in Palermo.

With the taste of weak Argentine coffee lingering in my mouth, I sat on a corner in Palermo, one of Buenos Aires’ nicest neighborhoods. Cigarette butts and leaves, the latter cartwheeling in the gentle wind, were scattered across the sidewalk. The sidewalk was stained by a steady drip of water coming from the building above me.

It was 9:00am on a Tuesday, and I was early for a meeting. To pass the time, I began this blog post—a chronicle of everything I experienced in those few minutes. 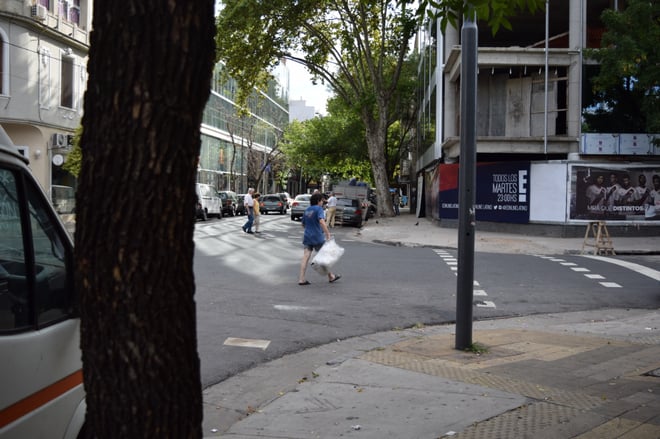 A bus’s breaks squealed while approaching the intersection. Exhaust whined as it left the bus. Car engines grumbled with each burst across the road.

Two one-way streets formed the intersection I sat by. Because there are no stop signs in this part of town, automobiles yield as needed. In other words, most cars get cut off—or almost hit—at every cross street. I didn’t see any frustrated drivers, though, which really confused me at first. In Kentucky, we respond to people who almost cause accidents with a blaring honk and some choice words. In Buenos Aires, that’s just how things work.

The area I was in is full of bars, restaurants and hotels. Had I been sitting on the same corner 9:00pm, or later, this post would be completely different. Since it was early, there wasn’t much activity from traffic or people. Pedestrians had plenty of time to cross the street between the wide gaps in the traffic. Everyone carried a backpack or bag or purse. 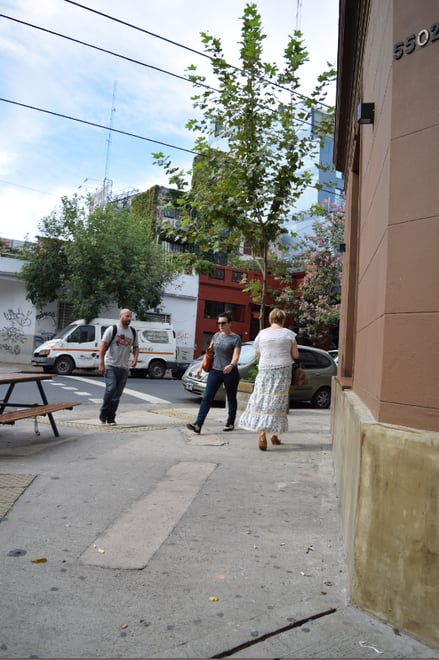 I couldn’t help but notice how young everyone around me seemed. Living in Buenos Aires for a few weeks has made me accustomed to seeing and interacting with people of all ages—from infants to the elderly—on the sidewalks, in the parks and on the buses. For the most part at my home university, I see kids my age and professors. There are no strollers or canes.

(Side note—I’ve seen so many middle-aged children helping their aging parents to walk and be active. Every day, I speed around patient adults with very old people on their arms working as a team to move around. At home, I usually only see people that age alone in nursing homes.) 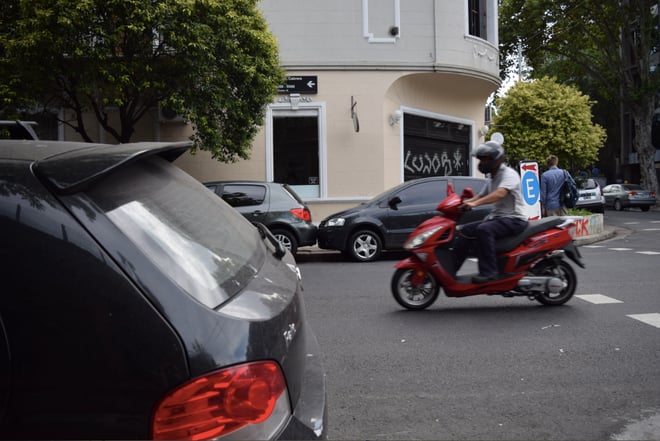 Down the road, a dog waited, somewhat impatiently, for its owner to come out a building. Nearby, loud thumps echo from construction workers’ hammers. The men continued their work on a new building, and their power drills and saws continued buzzing loudly.

Although I was sitting in a safe neighborhood on a bright morning, I had little trust in those around me. Any time I took my phone, and especially my camera, from my bag, I did so with great care. I constantly peeked over my shoulder when taking photos. I feared a pickpocket reaching into my bag while my attention was elsewhere or, worse, having my phone or camera snatched from my hands. I don’t think anything like that will happen while I’m in Buenos Aires, but big cities do require a certain level of caution. 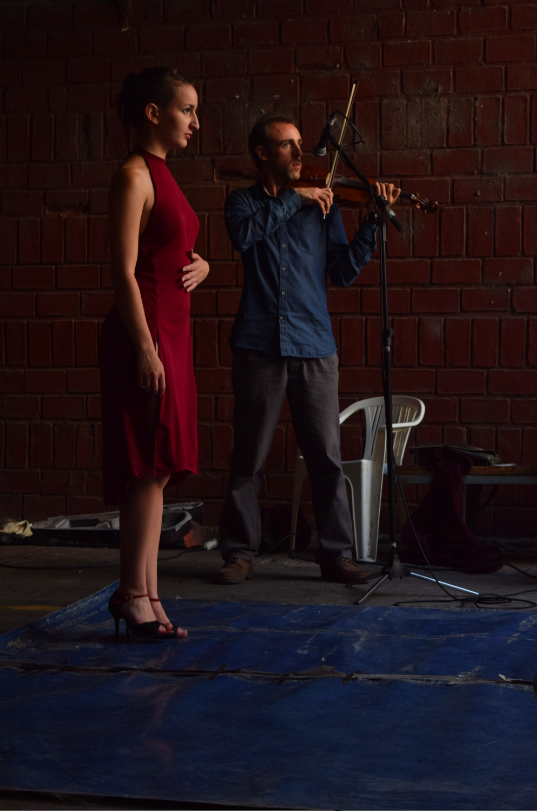 Photo: This photo is not related to the blog post, but I think it's really cool! Tango musicians and dancers performed a few blocks from the Casa Rosada.