Observing London with All of My Senses

In this week's post, Kelly shares how she uses all five of her senses to observe and associate with London.

After living in London for a couple of weeks now, I’ve made some observations about the city. Whether I’m on my daily commute to CAPA or to my internship site, I’ve encountered recurring sights and developed associations with certain smells. I’ve noticed the sounds of the city, or lack thereof below it. I’ve allowed my taste buds to indulge in the endless food options at Camden Market. I’ve even noticed textural differences in London life compared to other cities. I first noticed how cars work in the city. Apart from the obvious fact that they drive on the left side of the road, cars parallel park extremely close together here. I’m sure that happens in other cities around the world, but what’s intriguing about the way cars park here is that they park in any direction they want. That means that cars are parked, and they’re not all facing in the same direction. Some cars are parked facing the front of another car. It’s fascinating, really. Parallel parking remains stressful enough. If you’re coming from the opposite side of the road and are trying to maneuver your way in, you’d probably have to possess a decent amount of skill and a calm head in the face of anxiety-inducing situations. Not only are cars parked every which way along the streets, but some streets have parking smack dab in the middle of them. Where a median would exist on most streets, some simply have lines allowing space for people to park. I find this a clever way of creating more parking in areas. But if I parked in the middle of two roads, I’d probably be afraid the chances of another car scratching mine would be higher. 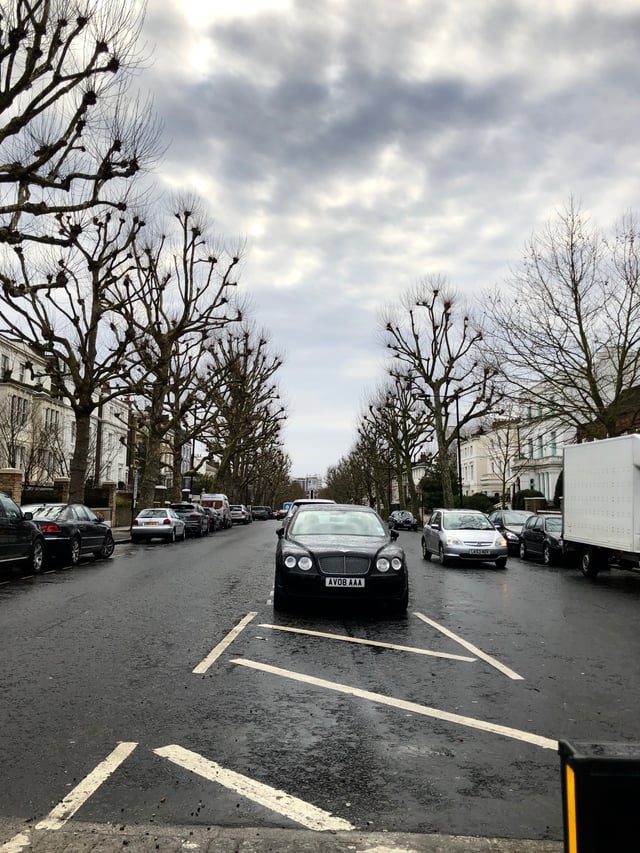 As far as roads and sidewalks go, I’ve noticed London’s are much smoother than in other cities I’ve been. I wear heeled booties almost every day, so I often notice whether it’s harder for me to walk in certain areas. Some places like Amsterdam and Prague have a lot of cobblestone, whereas London doesn’t have much of that. Another observation I, along with many others, made is that no one talks while on the Tube. I hear this time and time again from my friends, from people I’ve met from Scotland, and even from native Londoners. I’ve noticed a lot of people read on the Tube instead. People read books, the Evening Standard, magazines...you name it. I have never really been phased by the lack of talking while on the Tube, but I know some people find it odd compared to what they’re used to. I do ride a metro back in Minneapolis, but I don’t find myself typically talking on it either. When it comes to smell, I noticed there’s always a sweet smell when I hop off the Tube at Camden Town station in the evenings. The heavenly smell comes from someone who often sells nuts outside the entrance or exit. I have yet to try them, but they always smells so good and make me even hungrier than I am when I leave work or class. I’ll have to test them out some time before I leave. 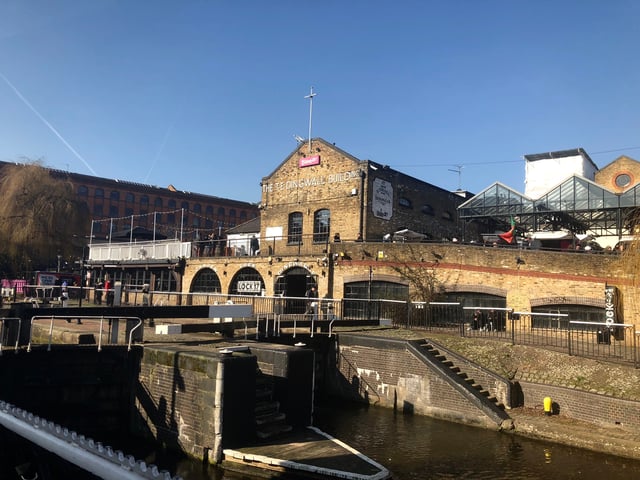 It’s only fitting that the smell of something delicious greets people who arrive in Camden. It’s the place to be for great food. I’ve experienced a wonderful world of food in Camden Market. From cups of mac and cheese and wood-fired pizza to Buzzfeed-approved doughnuts and over-the-top hot chocolate, there’s no shortage of options in the market. And lucky for me, it’s only a couple feet away from my flat.

Here’s to noticing and indulging in more of all London has to offer!