In this week's post, Andy talks about experiencing life in Barcelona and the countryside away from the city center. He also opens up about witnessing locals express their views through protests and how the situation has been reminiscent of things back home in Minneapolis, while drawing parallels between the freedom of speech in Spain and the US.

We are officially at the halfway point for blogs! So far it’s been a joy keeping you up-to-date on my journey in Barcelona. I’ve been staying busy with work, school, and adventures around the city. Last Friday, my roommates and I hiked four miles through Collserola National Park to reach the top of Mt. Tibidabo. At the summit, a beautiful temple and amusement park stand stoic, watching over the city. Even though the visibility at the summit was low, we still had a fun day hiking and enjoying the countryside outside of the busy city. 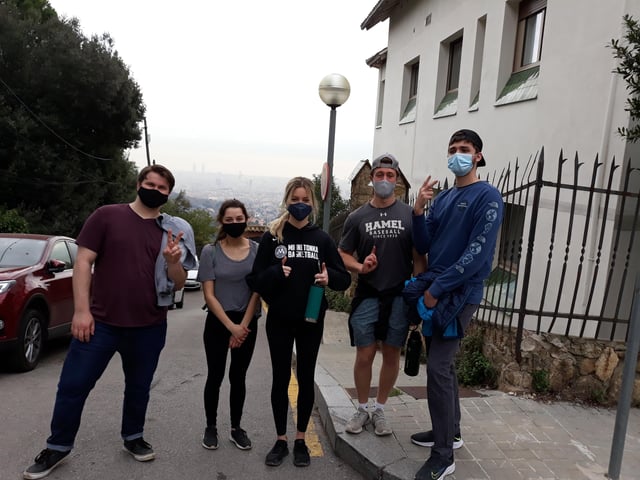 Speaking of busy cities, I’m starting to discover that I might be more of a country boy myself. Maybe I’m just a little homesick, but the nighttime sirens, car-honking, and yes... dumpster fires have me longing for a little peace and quiet. The dumpster fires are the Barcelonans’ response to the arrest of rapper Pablo Hasél, who is facing nine months in jail for his tweets criticizing the Spanish monarchy and police. 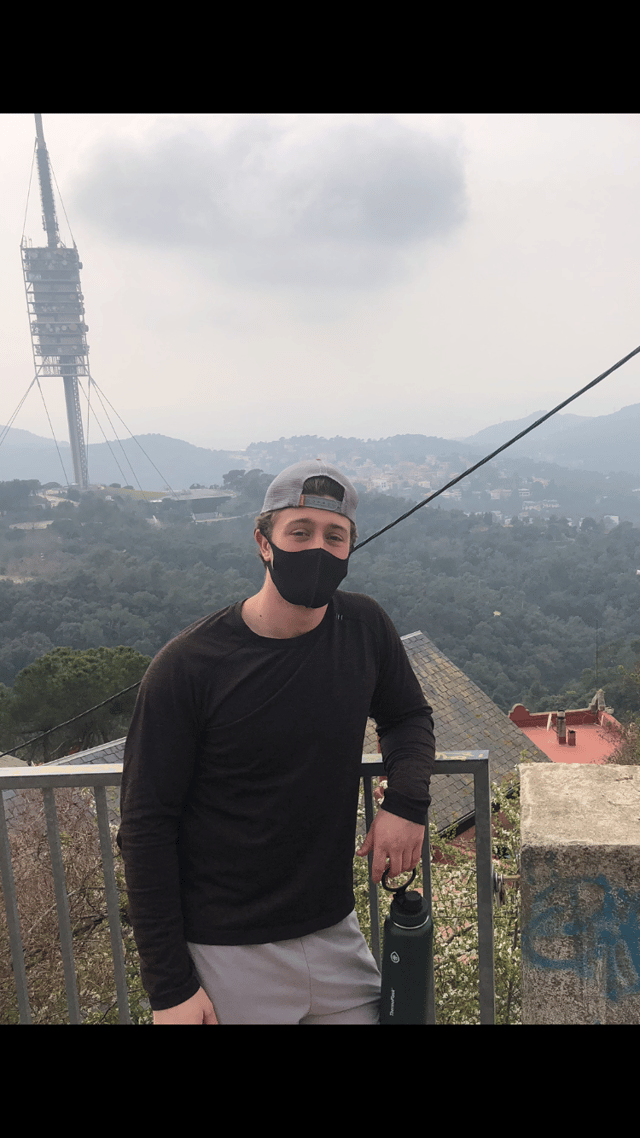 At the summit of Mt. Tibidabo.

Two weeks ago, the city of Barcelona was swept with protests and riots over this issue as people crowded the streets to speak their minds. My roommates and I had front row seats to the protest one night as it occurred on the street below our apartment. Thankfully, the fires have been extinguished and the riots have deescalated, but tensions remain high. 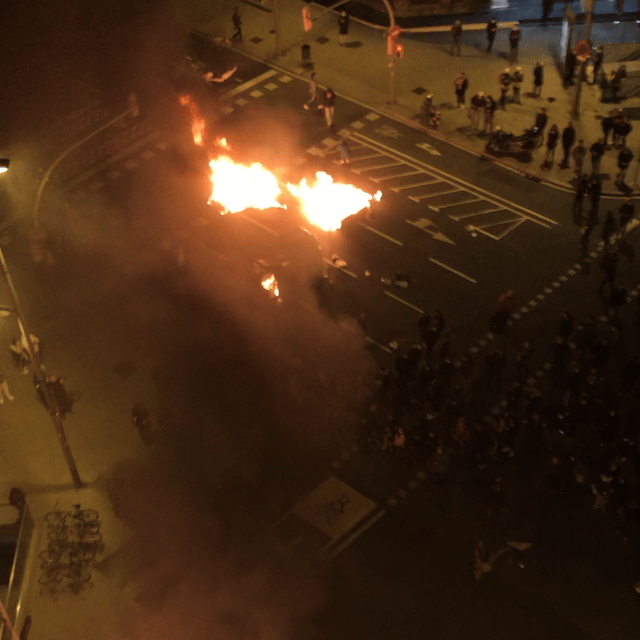 Witnessing a protest in Barcelona.

Two things occurred to me as I watched the chaos arise from my apartment balcony. The first was that I couldn’t help but be reminded of my own city, Minneapolis, that was ablaze this past summer. Although not nearly as devastating, it saddens me to see the peaceful protests in Barcelona become tainted by riots, vandalism, and violence. This is a theme that I’ve seen far too often over the past year and I hope that one day mankind can achieve systemic change without violence.

The second thing that occurred to me was a sense of gratitude and pride to be an American. The Barcelonans are protesting the arrest of Pablo Hasél because he spoke out against the monarchy on Twitter. This is something that would never and could never occur in America. The extent of America’s first amendment is something that I haven’t fully appreciated until arriving in Spain and witnessing its absence. While Spain technically has freedom of speech, Spanish law contains provisions that can be used to restrict free expression. Freedom of speech is something we as Americans take for granted, and I have discovered a newfound respect and appreciation for it. 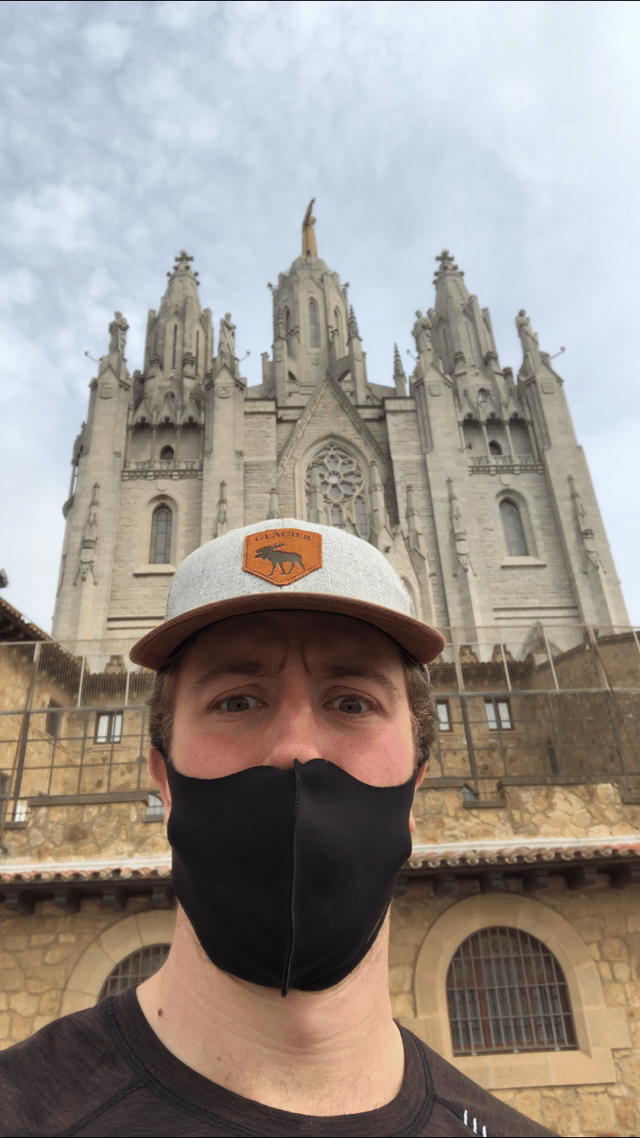 In front of a stoic temple at Mt. Tibidabo.

I’m looking forward to sharing more stories and revelations as I learn more about myself and this country in the coming weeks!

Thank you for reading. Ciao!

Andy McKenzie is an official CAPA blogger for spring 2021, sharing his story in frequent posts on CAPA World. A Marketing major from University of Minnesota, he is studying abroad and interning in Barcelona this semester.