On Being a Minority in a City Like Barcelona

In this week's post, Maya sheds light on the reality of being a minority in Barcelona and shares her views on living in a country with a completely different language. She also opens up about her identity as a black woman and contrasts her living experience in Boston to her semester abroad; and expresses her commitment to improving her Spanish conversational skills.

Studying abroad has really given me a chance to reflect on who I am as a person, and what I identify myself as. I am an American black woman from the inner city of Boston, my only fluent language is English, and I am currently working on my Spanish. These traits made me incredibly different from the population of Barcelona. When signing up for study abroad, I expected a lot more diversity than what is really here. I thought it would be a bit like England, where there is a mix of many different looking people. I was very, very wrong. Majority of Barcelona is white, there are little to no black people which made me a big minority, which I am not used to. Overlooking Barcelona from the Bunkers!

While I have gone to predominantly white schools and been in predominantly white programs, my neighborhood and city in general has a very large diverse population, with an incredible amount of people who look like me. Living in a place where I am so different not only by looks, but also the language barrier, created a challenge for me. I often felt nervous when I was alone and had to speak Spanish, and even though I could understand what people were saying to me, and was able to form sentences in response, there was always that anxiety of being judged for my level of Spanish and how I sounded when I spoke. It gave me a bigger sense of understanding for American immigrants and minorities who cannot speak English but permanently live in America and have to go through this feeling every day.

I had to eventually gain the confidence to speak more Spanish, and while I am still very nervous to do so, I have improved dramatically since when I first arrived. If you are a black person planning to study in Spain, something you will have to prepare for is the racism and judgement you will feel because of how you look. Since there are not many black people in Spain, their only impressions of us are from the media, so many of them assume things about black people without really knowing the reality. I had to form a tough skin when roaming the city, often times older citizens will push me when walking past me, look at me with angry judgmental stares, or were just simply rude unprovoked. 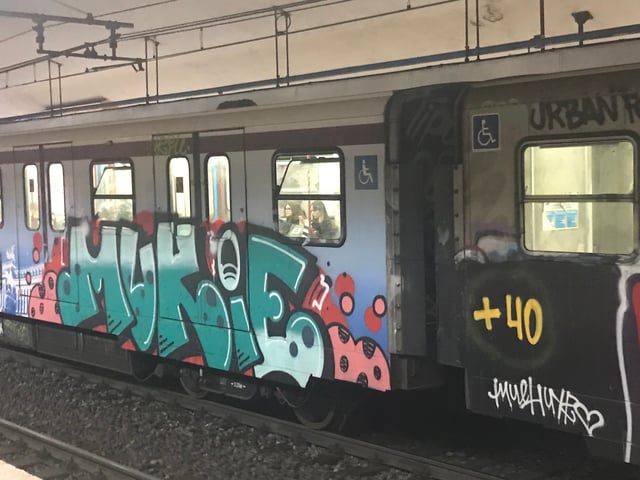 Some graffiti much like what you can find in some neighborhoods back home in Boston.
I was surprised to find this here!

While this was not an everyday occurrence, it happened pretty often, in comparison to my hometown where the diversity prevents this to an extent. It was interesting speaking to my housemates about this, since only one other student was not white, and seeing how we were the only two who experienced this behavior. At first it hurt, but after speaking to people at home and living with it, after a while it didn't affect me as much. Of course, it was annoying, but in the end it made me stronger and more proud of who I am. These occurrences never escalated into a dangerous situation, so I am not saying this to scare anyone, but this was something I did not expect from Barcelona. While I was never in danger or severely hurt, this is an important thing for any black students planning on studying here to know. 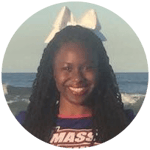