On Being in Dublin and Exploring Sports

Words by Shannon Hart, a Spring 2017 CAPA student in Dublin.

I am a junior from Cape Cod, Massachusetts at Lasell College studying Sports Communication. I have an interest in Sports Journalism and a passion for soccer, running and hockey.

While Studying Abroad in Ireland through CAPA I have been given the opportunity to take classes at Griffith College Dublin, take part in an internship as well as travel around this amazing country. CAPA provides students with amazing support while Studying Abroad; it wouldn’t be the same without Hayley, Sussanne and Darren. I have always wanted to visit Ireland ever since I began Irish Step Dancing at the age of seven, when I absolutely fell in love with the country. As I grew older I learned more about my Irish heritage and it became a dream of mine to come to Ireland. On January 23, 2017 that dream became a reality- I was actually going to Ireland! I had never been more excited about anything than I was the day I few to Dublin. I felt like a young kid on Christmas morning and I was receiving the present I thought would never come. 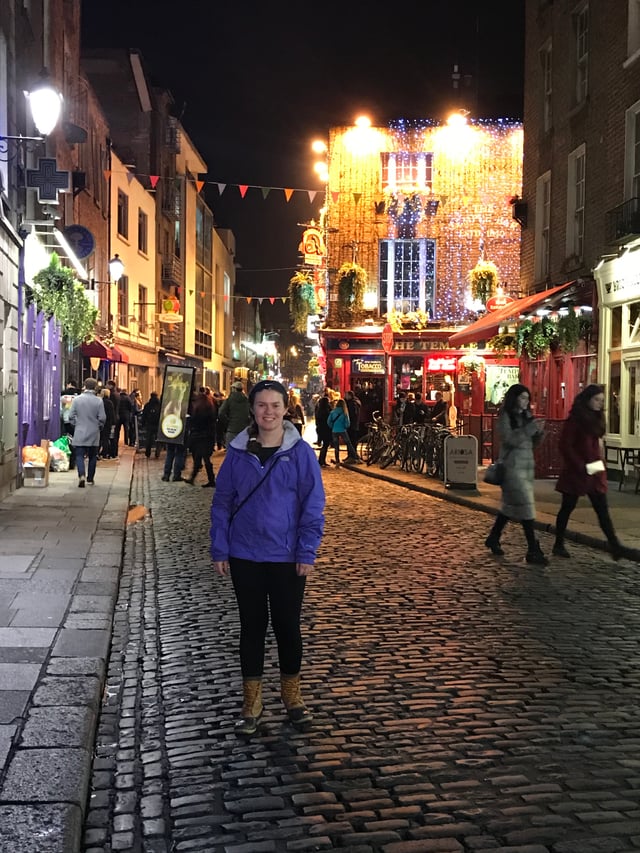 I have been working at the Irish Athletic Boxing Association for my internship while in Dublin. On a day to day basis I am able to experience how a national sports organization operates and attending sporting events held by the National Stadium. Sports are a huge passion of mine and given the opportunity to work with people who also share the same love is truly incredible. 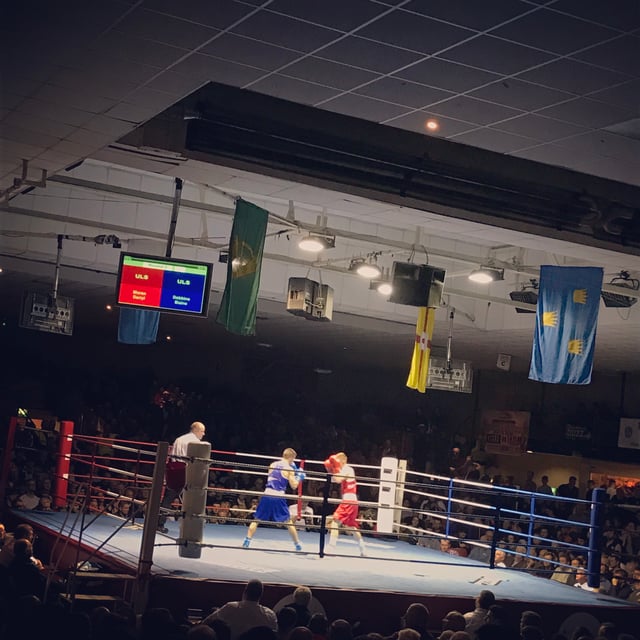 When it comes to celebrating Saint Patrick’s Day some might say the place to be is Boston or New York. So far Dublin has won my heart for the experience of the Saint Patrick’s Festival, a four day festival filled with live music, a parade, dancing, food and much more. Ireland’s true colors are not to be missed as the city of Dublin is glowing green throughout the days of the festival.

The parade in Dublin was amazing; the sound of bagpipes filled the air as floats of all kinds and various marching bands from around the world traveled down O’Connell Street. Temple Bar was definitely a sight to see as people from all over the world packed the streets to continue celebrating Saint Patrick’s Day as the night went on. 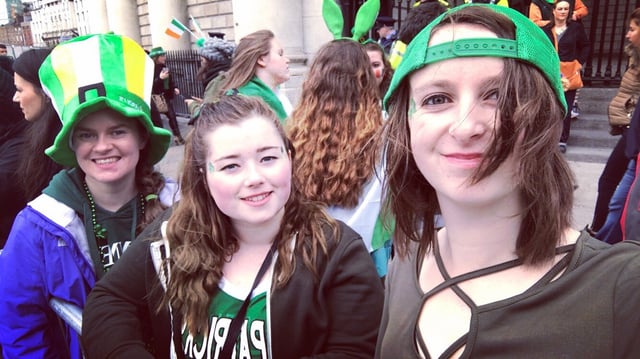 Concluding the holiday festivities, I ran in a Saint Patrick’s Festival 5k. As 1400 people dressed head to toe in green ran through the streets of Dublin I felt as though I was in the parade. With the green, white and orange flying high around the city I could feel the magic of this holiday coming to life.

The Gaelic Games are a big part of life for many in Ireland. Hurling and Gaelic Football are practiced at a young age and many will work their way up to the big stage playing at Croke Park. I have attended two doubleheader matches at Croke Park and being the huge sports fan that I am, I loved every minute of it.