On The 40th Anniversary of China’s ‘Reform and Opening Up’

For China watchers, 1978 was a pivotal year—after nearly three decades of a planned economy under Chairman Mao, the famous leader’s passing, in 1976, was a prelude to China’s “Reform and Opening-up” led by Deng Xiaoping after he became the new leader in 1978. Thus 2018 marked the 40th anniversary of that reform, marked in part by the launch in Shanghai of the first China International Import Expo (CIIE) in November.

However, December 18, 2018 marked the precise date that “Reform and Opening-up” was launched and the Shanghai authorities marked this by a short exhibition of “China stuff” from 40 years ago onwards—held in a specially erected steel tent near Zhongshan Park, one metro station from CAPA’s Shanghai campus. Starting just before the weekend to facilitate attendance, it ended on Tuesday, December 18 to commemorate the special day. I was privileged to get a ticket to attend and I did not see any other foreigners while there. I will discuss some of the exhibition highlights below, but first a bit more background. 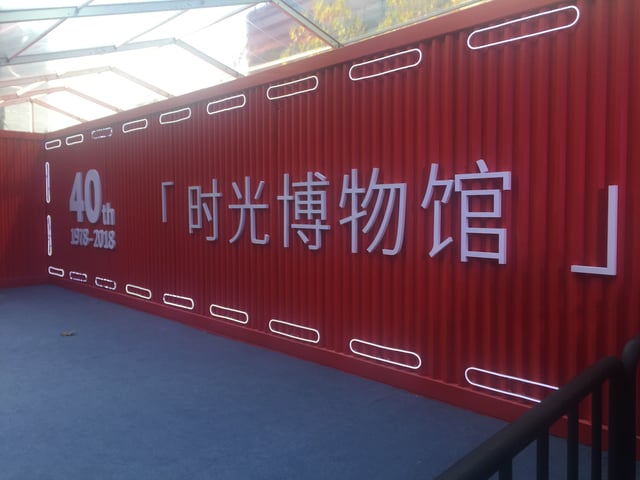 Reform and Opening-Up did not start in Shanghai. As students who have taken my “Chinese Economic Development Since 1978” course in the past will know, the first experimental Special Economic Zone (SEZ) was launched in a farmland area that became the global city of Shenzhen—China’s wholly modern metropolis. Shenzhen was chosen partly to be far from Beijing if things did not work out and partly because it was close to Hong Kong, then a British colony full of businesspeople who understood the market economy and had the resources to lease land in Shenzhen and create the funds to develop the SEZ. Reform meant moving China from a planned economy dominated by State-Owned Enterprises, some with inefficient production, to a market economy driven by market prices and the profit motive. Opening-up meant inviting foreign companies into China with joint venture opportunities, bringing not just investment funds but also more modern technology to create export opportunities in low wage China. The result was an economic miracle of a developing economy rising to the second largest in the world by GDP and experiencing Socialism with Chinese Characteristics. 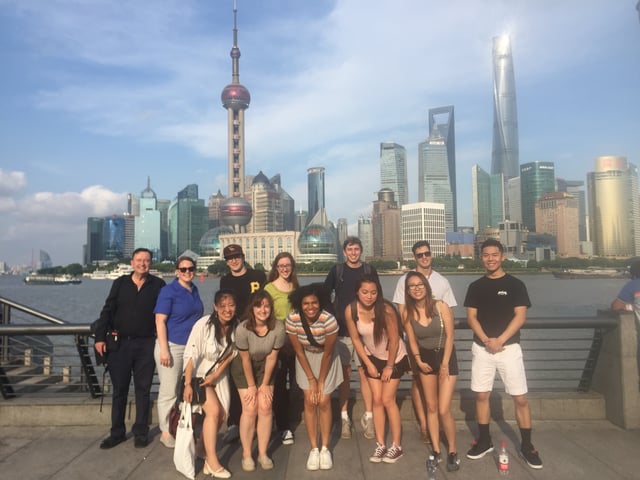 With the CAPA Shanghai students at the Bund.

Shanghai came to this party in a serious way in 1990 when the wasteland and farming areas of Pudong, east of the Huangpu River that runs through Shanghai, became an SEZ known as Pudong New Area. New workers also had the cross some water, but instead of the ferryboats from Hong Kong it was a ferryboat taking 5 minutes across from Shanghai’s west side—from Puxi. Bridges, metro line, and road tunnels followed, and Shanghai grew to nearly 25 million inhabitants. In the process it became China’s new “City of Experiment” trialing new ideas in further reform and opening-up. 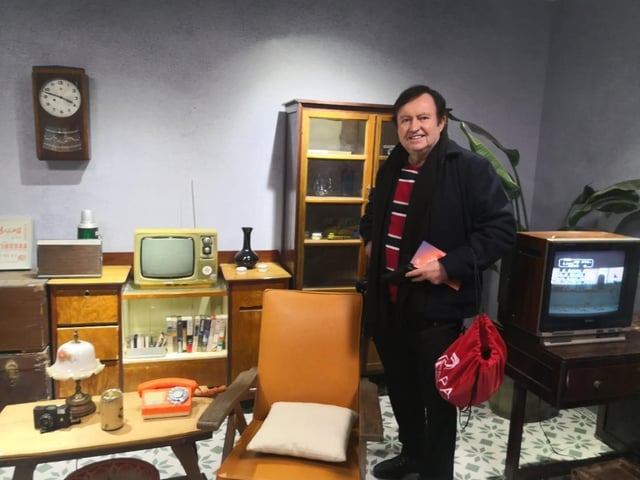 Check out the old TVs and equipment.

After entering the 40 years exhibition, with my CAPA colleague Cathy (Zhang), we found ourselves in a room full of 1978 “stuff”, TVs, telephone, furniture and other items so futuristic then. At that time most electronic products in Asia were made in Japan, South Korea, and Taiwan and who would have thought then that by 2005 well over half of most electronic products in the world would be made in China?

We found a great photography gallery of black and white images including a 26 bus in 1978—fitting as after Shanghai held the 2010 World Expo, new state of the art supercapacitor buses were first introduced on that same 26 route. 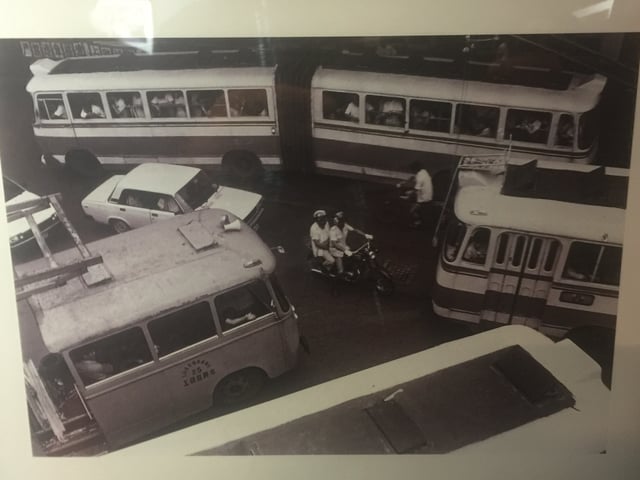 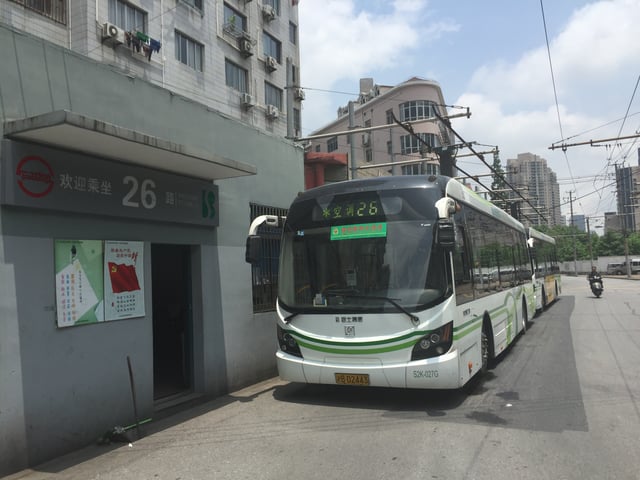 Another photo to catch the eye were Shanghai Volkswagen model taxis from the 1980s—today Shanghai VW still supplies the latest taxis but much improved versions. 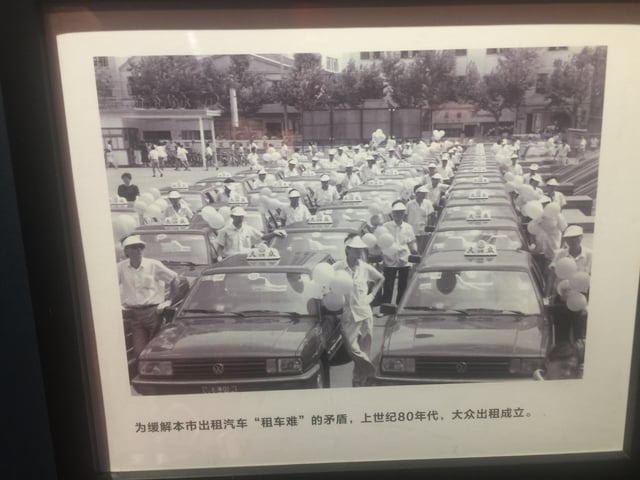 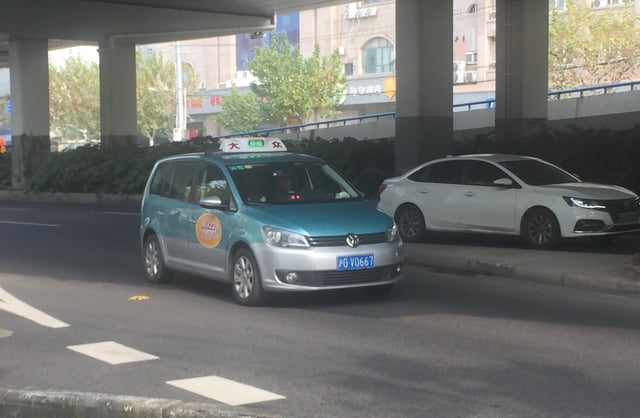 Finally, the story would not be complete without bicycles. We see some historic ones and note that Shanghai still dominates with shared bikes today. 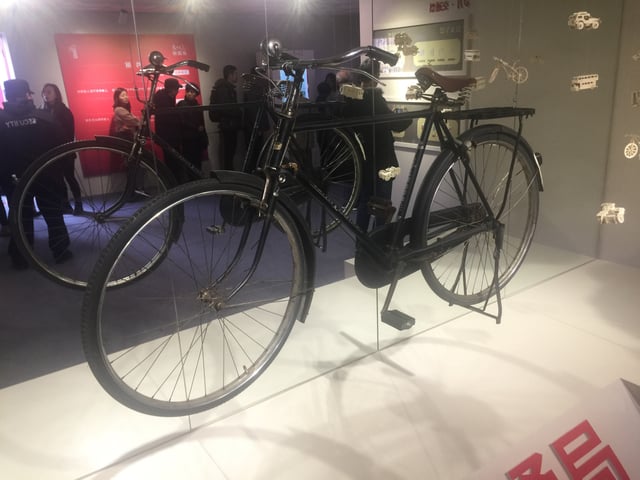 An old bicycle in Shanghai. 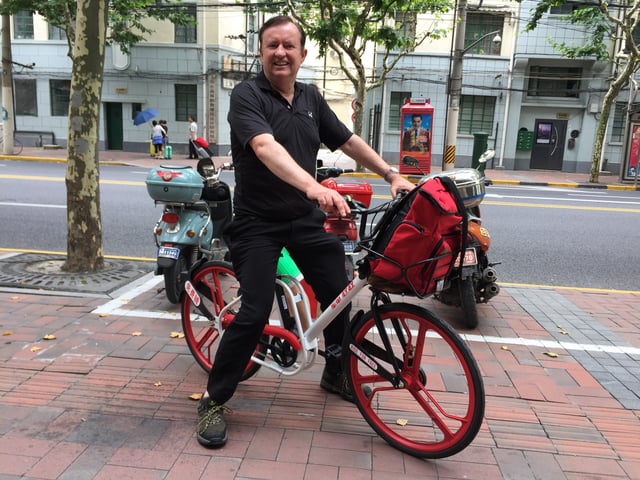 The new types of shared bicycles in Shanghai.

A nice touch was that some lucky visitors from a lottery draw on site got to have their photo taken with a historic Shanghai sewing machine—that included the CAPA folks. 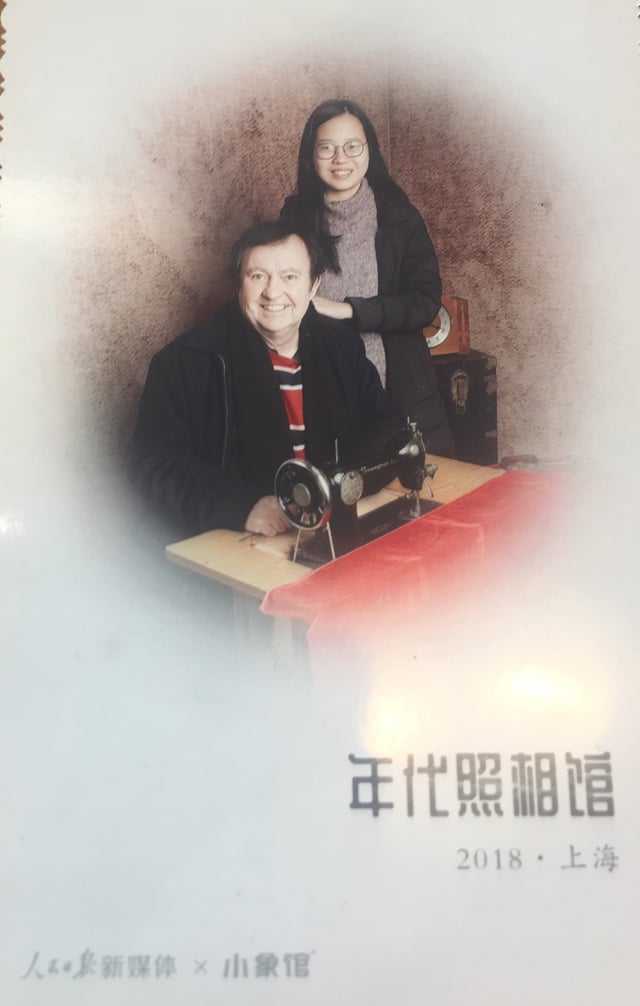 Colin and Cathy in an old scene photo with a historic Shanghai sewing machine.

40 years have passed quite quickly! Here’s to Shanghai’s ongoing role in the next round of China’s Reform and Opening-up.