On The Importance of Study Abroad Friends

Words by Emily Kearns, a CAPA Florence study abroad alumna. Emily will be writing a column called "Remembering Florence" on CAPA World the first Friday of every month.

Going to a foreign, non-English speaking country with no close friends or family took a lot of courage for me. However, I wouldn’t have done it any other way. Not knowing anybody beforehand led me to be more open, outgoing, and true to myself. Prior to leaving the country, I had been told that the friends I’ll make while abroad are friends I’ll have for life. I wasn’t entirely sold on that statement, since I was essentially going into the experience alone. How would I make friends with these individuals over a three-month period and instantly become lifelong friends? I also knew that I'd be meeting people from all over the country, which would make it difficult to keep in touch after the end of the program. How could I meet these people, spend a semester with them, go our separate ways, and still remain close friends?

Once I arrived in Florence and started meeting my peers, I realized that the idea of those people being lifelong friends wasn't so crazy after all. As expected, I met people from all around the country, along with students at Pitt whom I'd never met on campus before. With a lot of these people, there was an instant connection - a connection that I had hoped wouldn't expire as soon as the semester ended. 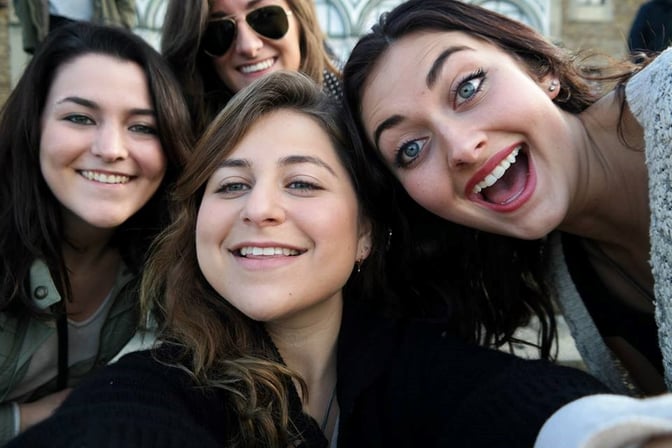 I’ve come up with a few reasons why study abroad friends are such a special group of individuals:

1. THEY'VE TRAVELED WITH YOU. I’ll be the first one to say traveling brings out the worst in people. From originally creating the travel plans, to booking transportation/accommodations, to spending hours on a bus/train, traveling is stressful. And, if you can make it through several trips with people and still get along well, that’s a pretty big accomplishment.

2. THEY'VE GOTTEN LOST WITH YOU. I’m fairly certain that on every trip I went on during my semester abroad, my group ended up getting lost. Navigating a new city takes teamwork, and usually leads to bonding, fun adventures, and great memories to look back on.

3. THEY'VE STRUGGLED THROUGH THE CULTURE SHOCK (AND REVERSE CULTUER SHOCK) WITH YOU. Moving out of the US and to a new city is challenging, and many students who go abroad experience some degree of culture shock. If/when you do experience this, it’s comforting to know you’re not alone, and you have a whole group of people who can relate, and help each other get through it together. On the other hand, upon arrival back to the US, there’s reverse culture shock. In other words, readjusting to the way of life back at home. Once again, nobody is going through this alone, and your friends from abroad are there for support.

4. THEY WON'T GET IRRITATED WHEN YOU REMINISCE ABOUT YOUR TIME ABROAD. After getting back from Florence, all I wanted to do was tell everybody and anybody about what I did, what I saw, where I went, and who I met. However, it’s tough to do that with people who weren’t there to experience the same thing you did. I obviously shared stories with my friends and family when I got home, but there’s a point when I knew it was time to stop. My friends from abroad are the only ones who will truly relate to my stories, understand the inside jokes, and won’t be annoyed at my random texts saying how much I miss being abroad.

5. THEY'VE SHARED THIS AMAZING, LIFE-CHANGING EXPERIENCE WITH YOU. The journey of studying abroad is extraordinary and there’s a special connection that is created among a group of people who are taken out of their normal habitat, placed into a completely new one, and forced to overcome the challenges in order to have an incredible experience. 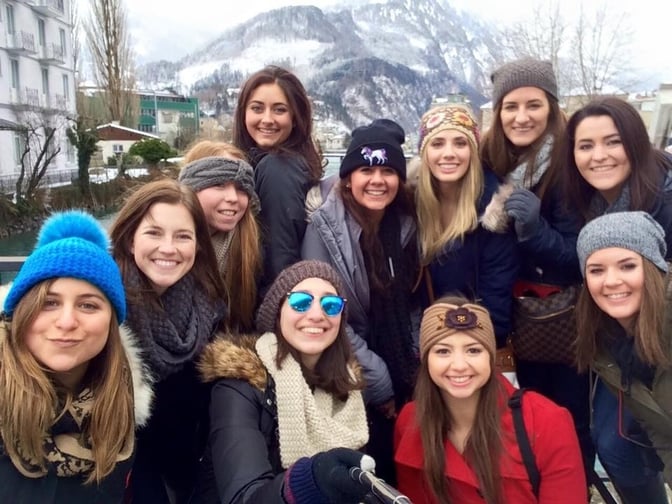 One of my favorite parts about CAPA’s program was the size – and the close-knit community that was formed as a result. I’ve been lucky enough to stay in touch with a large amount of the people I met on my program. I was very grateful that a good portion of them also went to Pitt, so I was able to see a lot of my new friends on campus during my senior year. The real test was trying to stay in touch with the friends I made outside of Pitt. Thankfully I’ve been able to talk to, and spend time with, some of those friends! Just a few weeks ago, I headed to New York City to spend the weekend with three very close friends I made in Florence. We picked right up where we left off and it was a weekend full of fun, catching up, and lots of reminiscing! 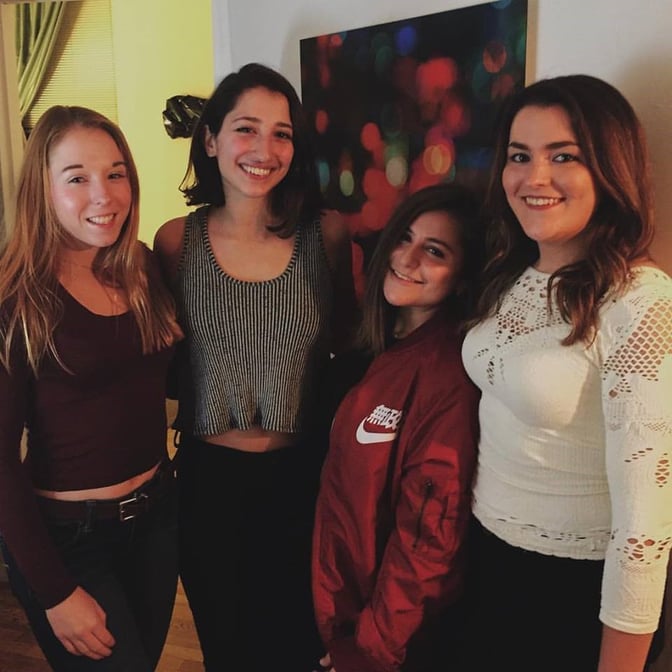 I’m so grateful to have friends from all over the country who were able to share such a special experience with me. All are on different paths of life – going to college or grad school, working full-time jobs, and even volunteering in the Peace Corps – but I know that even though we don’t talk constantly, there’s always going to be the unique experience of study abroad that keeps us connected.