One of China's Most Popular Tourist Destinations: a Trip to Guilin 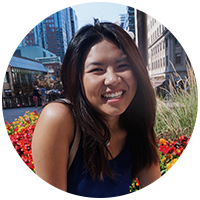 In this week's post, Danielle takes us to Guilin, an area known for its natural beauty and flowing rivers.

Guilin is one of the most popular tourist destinations in China. It was one of the options for a subsidized school trip in April, so along with a group of friends, we all signed up. A couple of the perks of school trips are the excused absences and extended time for the trip, although some of the drawbacks are rescheduled missed classes and early days.

The trip started bright and early Wednesday morning at 8AM. Gathered by the Mao Statue on campus there were forty students along with five teachers waiting for the bus to shuttle us to the railway station. Once at the station, we boarded the high-speed train. High-speed trains have more leg room, stewards walking through the trains selling food and cleaning [not just collecting waste from passengers but also sweeping and mopping the walkway], and bathrooms. True to their name, high-speed trains go up to three hundred kilometers per hour. Although these trains go extremely fast, it does not feel any different than being on any other train. It just takes a fraction of time to travel from one place to another when taking a high-speed train compared to a regular one, or driving a car.

A nine hour ride later, we arrived in Guilin. From the station we were brought to our hotel and later to dinner. We were left to recharge for the night to prepare for the packed days ahead of us. 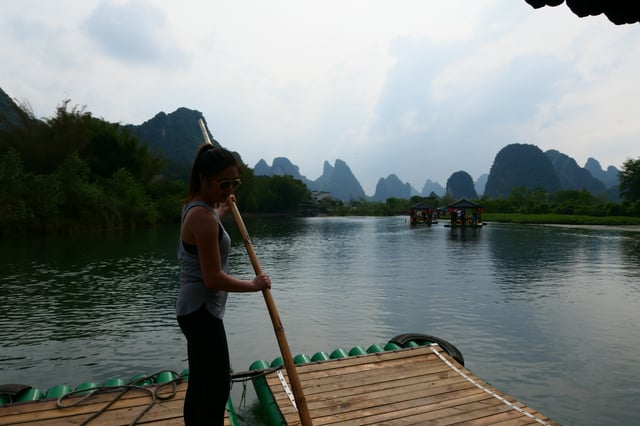 Photo: a Bamboo Drift on the Yulong River

Being on the drift gave the most beautiful views of the mountains along the river. The mountains in China are individual, spaced-out peaks. It's different from the States because the mountains tend to be clustered and connected ranges. These mountains reminded a lot of the ones that I saw in Zhangjiajie. When I saw the similarities, I looked at a map and saw that Guilin was just south of Zhangjiajie. To maneuver the bamboo drift, a bamboo stick with a stone attached to the end is placed on the river floor and pushed to move the drift. There is a gap between the two sides of the drift where the bamboo stick is put. During the trip along the river, we got turns maneuvering the drift. It looks so easy when they do it but once I got my turn I was struggling. I did not realize how long the stick was so when I was trying to take it out of the water it seemed like it was never ending. Then when trying to place it on the river floor, I had no idea what angle or where the bamboo stick should be placed. Once it was on the river floor, it takes a lot of force to make the drift go in the direction you want it to go. In my few minutes of trying, I bumped into not one but two other drifts and got laughed at by the people on them. It was such a fun experience to have but I could not imagine having to do it day after day.

The Longji Terrace was incredible. Terraces are a series of flat surfaces that have been cut from hills to decrease erosion and runoff in agriculture. The terrace is a part of the Ping’an Village of the Zhuang Minority. We walked through this village to get different views of the terraces. 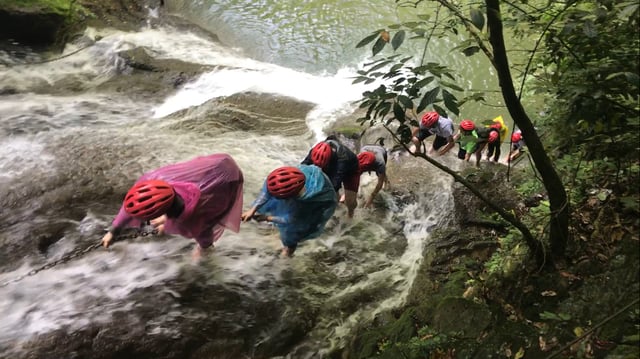 There are two ways to get through the waterfall:

I chose the first option. After renting a helmet, straw shoes, and a locker I was ready to climb through the waterfall, which wasn't difficult at all! There were holes to place your hands and feet in the rocks and there is a chain to hold onto on the way up. Water was flowing rapidly so it took some adjusting to. I was not properly dressed to go up a waterfall – I was in jeans, so you can guess how that went… I ended up playing in and around the waterfall so I was soaked by the end. Never would I have thought that I would climb up a waterfall but it was one of the best activities I've done!

Aside from the long distances to and from each site, Guilin is one of the prettiest areas of China I have visited so far.