One Student's Guide to a Weekend in Glasgow

In this week's post, Maisie takes a trip up to Glasgow, Scotland, with a few of her friends. Read more about a trip full of unique museums, a tour of the infamous Glengoyne distillery, and the Necropolis.

My interview with Richard Maguire I think was very telling of how the class usually goes; there is loads of name-dropping, we really love what we are talking about, and sometimes you are surprised by things that are not really surprising. For those of you who may be confused about a few things, I wanted to clear up some terms and ideas:


The weekend before I interviewed the beloved CAPA instructor, I visited Glasgow with two of my friends who also happen to be studying in London. One of them would say, “If you plan it right, you could do Glasgow in a weekend.” Personally, I wish I had spent three weeks there, just so I could go thrifting everyday and accrue potentially the best sweater collection in the entirety of this world.

Stop 0: Getting to Glasgow

We took a bus to Glasgow from Victoria Coach Station, which took about eight hours. The three of us couldn’t bear the thought of being separated, and recalled from many middle school field trips that coach buses always have a back row that can accommodate three desperate friends. Do! Not! Be! Fooled! We were very cramped, our backpacks did not fit in the overhead bins (a moderately light traveler’s nightmare), and I was just so sick. I would blow my nose in the slightly extended curved space offered by the window. Our overnight trip lent us zero sleep, but we are young people and could handle this. 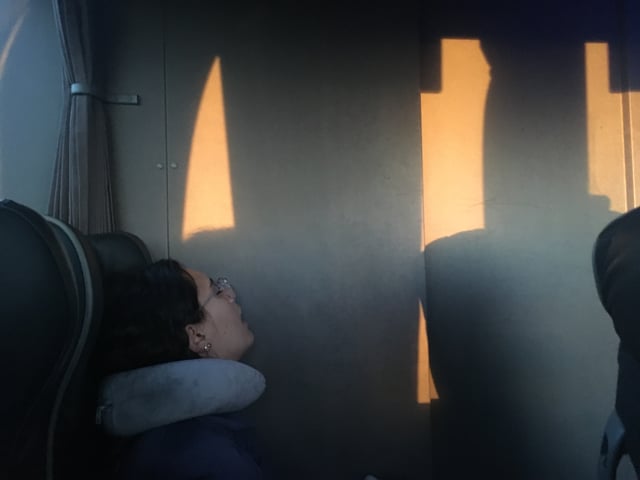 My friend asleep on the train, mouth agape.

Stop 1: Glasgow and the free bathroom at Eat Cafe

When we emerged from our shelter for the night, we made our way to an Eat cafe, which I had always avoided in London solely because of its lack of creativity in name and slogan. I thank you, Eat, because after leaving Eat I was cleaner, more wide awake, and had eaten many croissants. For the entirety of the Glasgow weekend trip, I had Eat’s bathroom code memorized.

Outside the Glengoyne Distillery.

I just would like to remind you, I have not slept and it is now approximately 9:30 am. We went straight from Eat to Glengoyne distillery, where they made malt whiskey. They gave us a taste to start off our 10:30 am tour; a lovely breakfast. The funny thing was, I was in that sick stage of not being able to taste anything, but I will tell you I felt the whiskey in my chest and I think it lessened my congestion. Our tour guide at Glengoyne was very theatrical, she winked at my friend, and her Scottish accent was was sweeter than anyone else’s. We loved Vivienne. 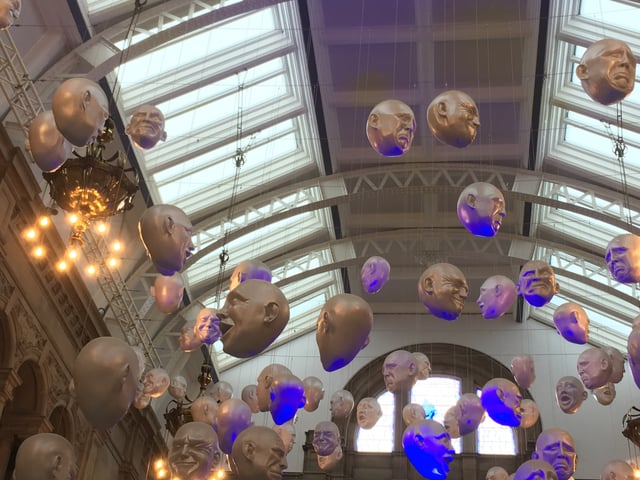 The Busts of Expression at the Kelvingrove

We went to the Kelvingrove Museum (everything is named after the scientist Kelvin, whomst we usually mention in conversations about astronomical temperatures) and we were, overall, floored. This museum cohabited modern art by recognizable early 20th century painters, these weird busts of wild expressions, a rain forest exhibit, the smell of a petting zoo, and weekly organ recitals. 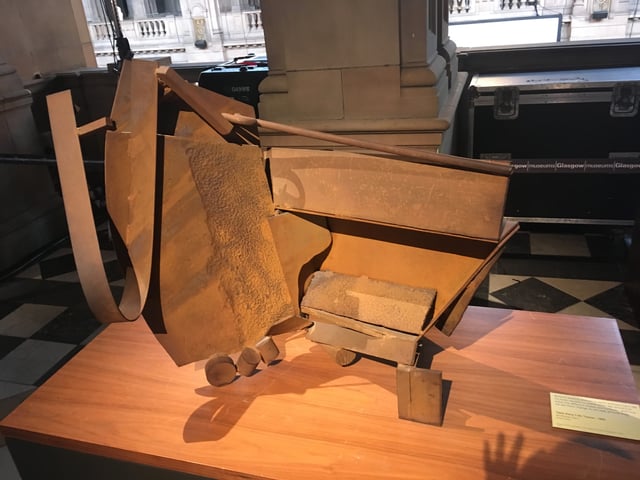 A Sculpture that has no meaning.

What really came as a surprise were the didactics (or explanatory wall text) on display. For this wooden sculpture, the didactic simply said, “Britain’s leading abstract sculptor Anthony Caro felt his work needed no explanation.” This is actually the kind of didactic I like as it is a bit shocking in a purposeful way. There was a painting raised higher than the others in the gallery, and the didactic began in the most defensive way possible: “We placed this painting higher on purpose.” They knew we had begun to notice small details and pull the museum apart. 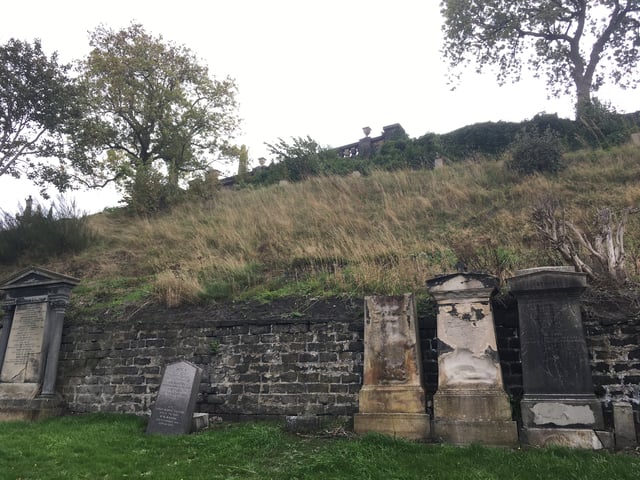 The necropolis was really cool to visit. I have always enjoyed going to cemeteries around the world, and this was one of my favorites. There was ample room to run around and roll in the grass (in a respectable manner), and our friends had taken wonderful photos with the most autumn of vibes. As a large group (me, my friends, and their friends from Duke), we had eaten at a restaurant called Bread Meats Bread. The whole entire time, I thought it was called Bread Meets Bread. There was a little area with a movie theater, some pubs, and a coffee shop that made a variety of fogs (earl gray tea drinks). If you can find it with the little information I have provided you, you will have an excellent time.

If you want to listen to music that reminds me of this trip: