Outside the City: Exploring Ireland’s Villages and Countryside

In this week's post, Nathan shows us four places he's traveled in Ireland outside of Dublin.

A few weeks ago, I wrote about my experiences venturing through some of Ireland’s other cities Such as Galway, Cork, Limerick and, most recently, Belfast. While you might picture cobblestone streets, colourful storefronts, and elegant Georgian buildings when you think of Ireland, though, they’re probably not the first images that pop into your head. Even though I knew I was moving to the city, I couldn’t help the image I had of castles nestled within the rolling green countryside along the harsh but beautiful Atlantic coastline. It took me far too long to actually leave the city, but over the past 2 weeks I’ve been able to travel across the country and explore all four Ireland’s coasts. I visited sites like Giant’s Causeway and the Cliffs of Moher with my fiancée, who came across the ocean from Ohio to visit me on her spring break, and I’ve spent afternoons trekking through the mountains and along the coast near Dublin. Even though I grew up on the beautiful coast of Maine, Ireland has countless natural and historical marvels that outshine anything in my home state. There’s plenty of Irish charm and fun to be had in the cities and villages, but if you’re in the area, don’t miss the chance to visit 7 of Ireland’s most amazing natural wonders. 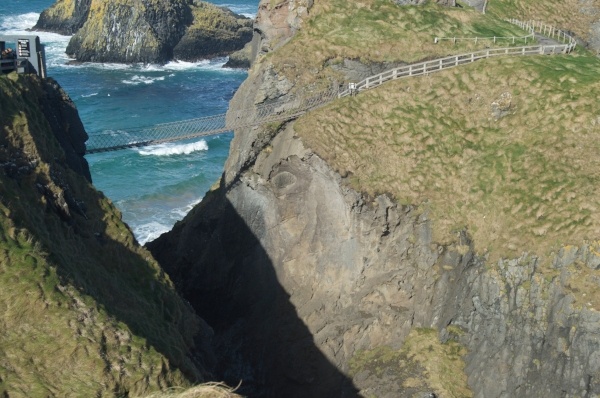 The Cliffs of Moher

If The cliffs of moher are most famous for the role they’ve played in countless films and tv shows, such as The Princess Bride, Harry Potter and Leap year. A quick glance at google images, and you’ll quickly realize why they’re such a popular spot for hiking, tourism, film shoots, and proposals (or in my case, engagement photos). Yet, while the pictures are nice to look at, it’s the fresh ocean air, 360-degrees of stunning views, and excitement of a 200-hundred meter drop that make the Cliffs of Moher worth visiting. They’re easily worth the quick detour if you’re visiting Galway, nearby Doolin, or simply driving along Ireland’s west-coast, and you could easily spend an entire day hiking along the cliff edge to the north and south. With my 90-minute stop, I made the short climb to O’Brien’s tower, a small Victorian castle built on the Cliff’s highest point, stopping along the way to enjoy an accordion player, and then continuing a little ways to the beginning of the Doolin Cliff Walk, a long-distance hike along the cliff’s edge that I hope I have the time to make someday. 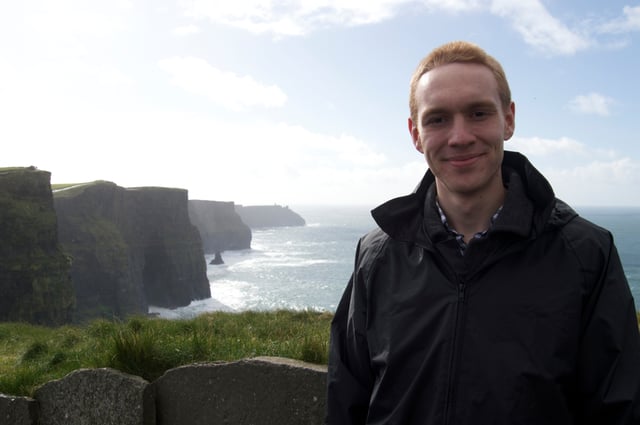 If you’re driving west to see the cliffs, you won’t be able to miss the Burren. These rolling limestone hills, plains and plateaus spread across over 300 square miles along Ireland’s west coast. While the Cliffs of Moher are iconic and phenomenal, though, the Burren feels totally unique. With a light fog clouding out the green hills and ocean in the distance, a walk along the Burren can feel like stepping onto another planet. It juts out along the wild Atlantic way, offering beautiful views of the Aran islands on clear days, but there’re plenty of other sights, ranging from the mysterious Aillwee caves and portal tombs to the historical Corcomroe abbey to stumble upon within this sprawling landscape.

The Burren isn’t Ireland’s only unique coastal feature, though. In fact, it’s hardly the most popular or remarkable. Despite being a fraction of the Burren’s size, I’d give that honour to Giant’s Causeway. If walking along the Burren in the right weather can feel like being on another planet, visiting the Giant’s Causeway is like walking into a fairy-tale. In fact, that’s probably why so much folklore revolves around these forty-thousand basalt rocks. Almost as impossible do justice to in pictures as in words, these hexagonal columns appear impossibly man-made, despite being formed by perfect volcanic conditions. Northern Irelanders might tell you a different story though: of a giant named Finn McCool building the causeway to challenge his Scottish rival, Bennadonner. Taking the time to walk across the columns, jumping from rock-to-rock, and stopping to picnic with the ocean spray blowing towards me, Scotland in the distance, and the wind carrying seafoam through the air brought out my inner child. 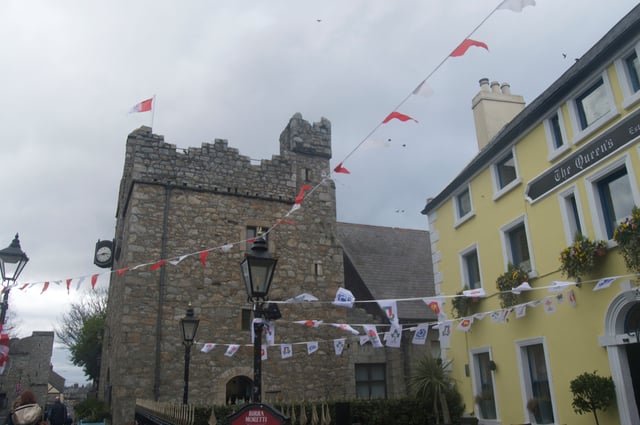 If you want to channel that exhilaration into another activity, not far away is the Carrick-a-rede rope bridge, dangling 90 feet over the rocks and ocean below to connect the mainland to a small, beautiful island. Even though heavy winds forced the bridge closed on the day I visited, the views of the island and refreshing walk along seaside cliffs make it well worth the 15-minute detour.

Though all the sites I’ve mentioned so far take a full day of driving from Dublin to properly see, there are plenty of other sights to see and adventures to be had a short train or bus ride from the city. If you have a sunny day and are willing to walk, you can see many of them at the same time. One stop along the southern DART (the coastal train line) route that combines the charm of village life with history, entertainment, and incredible wildlife is Dalkey. My fiancée, our friend, and I made the trip to visit Dalkey castle after being slightly disappointed by not getting to get very up close to or go inside some of the other castles we’d seen. With its splendidly maintained rooms, tower and grounds, and costumed actors guiding us on a tour through the castle's history, this one didn’t disappoint in the least. A short walk from the castle is the town’s titular Dalkey Island. While we sat debating why people in the summer pay to be ferreyed out to this small, grassy knoll in the water, we started to notice movement along the rocks, shore, and hill. Though the island has an interesting history, its continuing draw is the phenomenal amount of wildlife that congregates in such a small area, with seals bathing on the rocks, wild rabbits running through the grass, and wild goats grazing and playing along the shore. 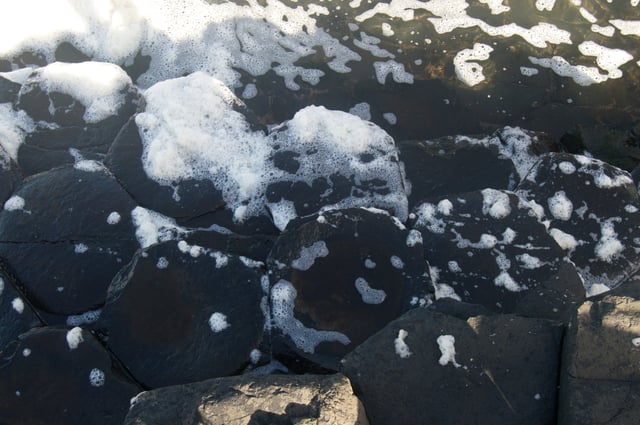 Dublin’s coast offers plenty of other sights and excitement, like the 3.5 mile hike along the cliffs between the picturesque villages of Greystones and Bray; the cold water of the 40-foot, overlooked by the epochal Martello tower that housed James Joyce and inspired the opening pages of Ulysses; or the breath-taking Wicklow mountains, with unbeatable views and calm, dark forests. No matter where in Ireland you are, though, take at least a few hours to leave behind whichever city or village you’re staying in to experience Ireland’s outstanding natural beauty!