Reflecting On My Film Internship in Sydney

CAPA alum and ambassador Fidel Anderson gives us an inside look at interning in Sydney with Sugarmamma.TV and using that vigor to navigate the city. This was a part of Fidel's career goals and was an opportunity to sample working on a location abroad for an extended period of time. This experience brought on more creative freedom and allowed Fidel to experiment while learning and picking up new skills along the way. Read on to see more of Fidel's experience in Sydney.

As someone who had been planning on delving into the film industry as fully as possible upon graduation, I always knew that traveling would have to be part of the job. I’ve gone on a few trips abroad with my family—whether it be to visit relatives or simply just have a vacation—though I had never gone anywhere by myself for several weeks with the intention of working while I was away. My CAPA study abroad and internship experience was partially a trial run to see if I could navigate working and traveling at the same time—if I could figure out the lay of the land while also getting the job done in the process. 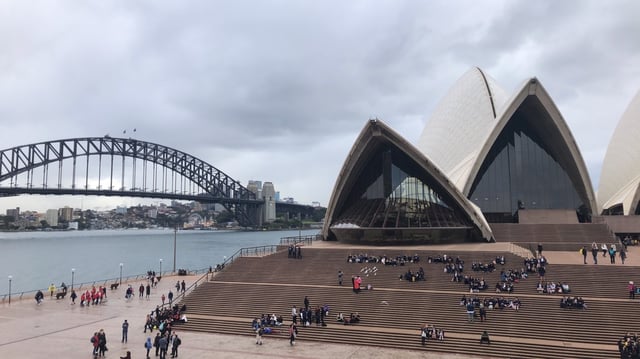 The Sydney Opera House with the Sydney Harbour Walk in the background.

My internship with Sugarmamma.TV in Sydney was also an opportunity for me to see if I enjoyed being away from home for an extended period. As a film major, I learned that some productions can keep people occupied for months at a time, busy enough that there is hardly any time to take a break. In addition to exploring a country I’ve only dreamed of going to while learning at the same time, I figured that it would be a great chance to see what my life could look like after graduation.

When I first arrived in Australia, I was admittedly too jet-lagged from the 24-hour travel adventure I had completed to understand what it really meant to be halfway across the world. However, as the weeks went on and I adjusted to Sydney’s city living, I felt myself getting acclimated to the busy streets easily. I opted to walk most places since it allowed me to understand the street layouts at a deeper level, in which I got to learn all of the small nooks-and-crannies locations by foot. This was something that I really tried to achieve when I first got there; I realized that if I was comfortable with the city first, everything would start to feel less foreign since I would know where I was going. 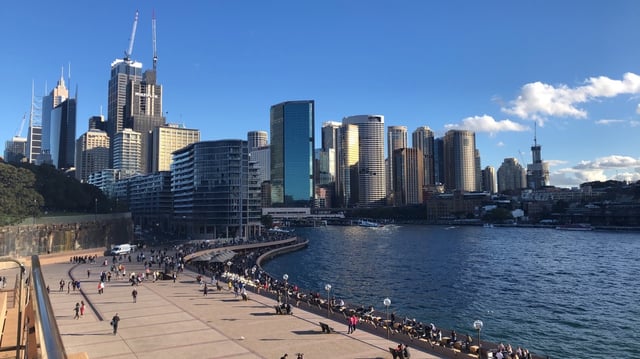 I wasn’t only nervous about being in a new country, but also about starting my internship at Sugarmamma.TV—though I’ve done internships before, I was working in a sector that I hadn’t had much personal experience with before. Sugarmamma.TV is a financial and lifestyle brand run by Canna Campbell, who created the small company to reach a wider audience as a financial advisor, and as someone who loves giving advice when it comes to fashion, family, and lifestyle choices. 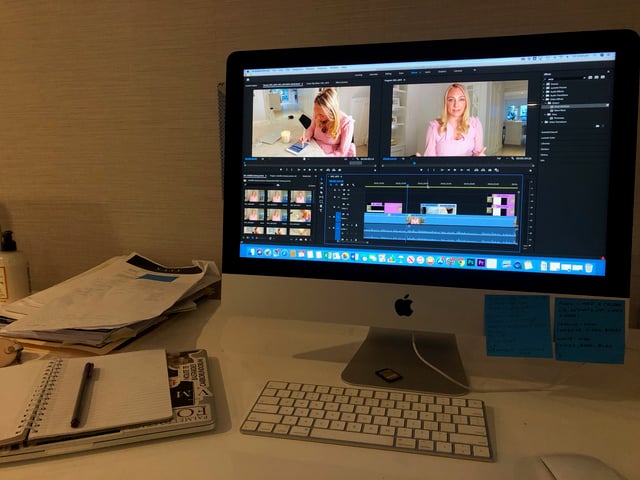 Editing a video of Canna Campbell of Sugarmamma.TV.

One of the main projects that I completed when I was there was helping in creating a promo video for Canna’s new book. For this project, I received notes from Penguin Publishing Co. Australia, which I used to tweak the video to their standards.

Throughout my internship, I helped out a lot with social media, which included running the company Instagram, as well as filming and editing other videos for Canna’s YouTube channel. Knowing how to interact with your audience and present your brand honestly to the public is something I hadn’t worked in during my classes, but is important to know when creating and publishing your work. As the weeks went on, I felt myself falling into these roles quite naturally. Canna provided me with the creative freedom I needed to feel comfortable when creating these posts and videos. There were basic standards that I followed in the name of brand consistency, but I never felt micromanaged during my time. I was able to do what I wanted while experimenting and learning, which to this day is a luxury I rarely come across in jobs.

In addition to all the knowledge I was gaining at work, the exploring that I had done when I initially arrived in Sydney proved to be really helpful when traveling to and from my internship. Because I knew the streets that I was taking, the routine I had developed each morning and afternoon became something that I looked forward to. I was able to relax and focus when I was at Sugarmamma.TV because I had nothing to worry about. Knowing the city even allowed me to explore during my lunch breaks and at the end of the day—whether it be walking through some local vintage stores or stumbling upon a new cafe around the corner, I truly felt like I was right at home without much stress. 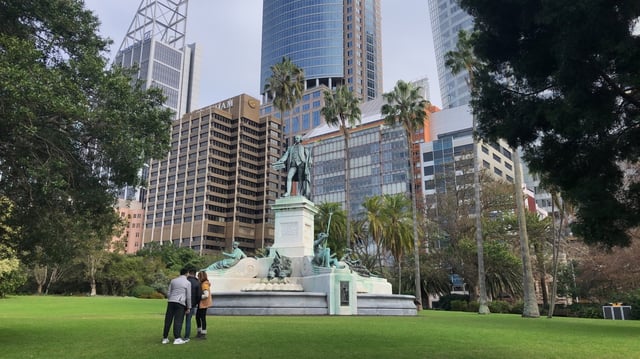 Having the chance to learn about Sydney and the field that I was working in ultimately led to a more productive, interesting, and comfortable internship experience overall. Without the fear of being in a new location lingering in the back of my mind, I was able to give myself over fully to the work that needed to be done at the company. Truly, this entire study abroad experience made me feel as though I was taking a step in the right direction, considering that this was a test run for what my future job could potentially be. I welcomed the city just as much as it welcomed me, and the work I did at my internship benefited me as a result. Even though I’ve traveled for various reasons before, I’m glad that I can confidently say that I feel comfortable working abroad. If I could work abroad in a country halfway across the world, I can definitely do it anywhere else!

Fidel Anderson is an alum of the University of Pittsburgh who studied abroad in London in summer 2019. She is now a CAPA study abroad ambassador.