At CAPA, we seek to foster increased student diversity and to provide all participants with the opportunity to explore, challenge, and redefine their identities in distinct ways. The Diversity Advocates Scholars Program is an extension of this philosophy and provides resources for advocates to pursue diversity initiatives of their own within their global cities during their semester abroad.

We are pleased to announce our Spring 2022 Diversity Advocates Scholars: 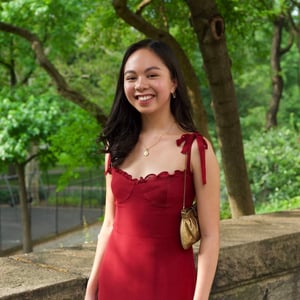 Isabel Jardiniano (she/her/hers) is a junior at Clark University majoring in Political Science and minoring in Economics. She is originally from New York and will be spending her spring semester of 2022 with CAPA London.

At Clark, Isabel is the Vice President of the Asian Cultures Society, through which she leads executive board meetings and organizes campus-wide cultural events, such as the annual Night Market, that brings all of the affinity clubs on campus together for a night full of food, games, and performances. Additionally, she is a Fall Captain of the Mock Trial Team, where she leads team practices and plays the role of a Prosecution Attorney during tournaments. She is also a Project Manager for the Clark Sustainability Action, where she collaborates with her peers to advance Clark’s efforts to create a more environmentally conscious campus. Aside from extracurricular commitments, Isabel is on the First Honors Dean’s List and was a recipient of the ClarkCONNECT Summer Internship Award in 2021.

Outside of Clark, she is a student member of the Worcester World Affairs Council, as nominated and sponsored by the Clark University Political Science Department, where she attends monthly speaker events led by prominent political and academic figures, who discuss pressing matters in international affairs. This past summer, she was an Ambassador for The Borgen Project, a Washington-based nonprofit that focuses on eradicating global poverty by lobbying Congressional leaders to support fundamental bills.

Isabel is passionate about international human rights, creating equality through equity, mental health, and security studies. During her time in London, she looks forward to learning about the different cultures that have shaped the city throughout history, the pressing political issues that are pertinent to Londoners, and the sociopolitical dilemmas that migrant communities face on a daily basis. Ultimately, she plans on using these experiences to further her understanding of how to create a more inclusive political environment that encourages progress, communication, and kindness for posterity. 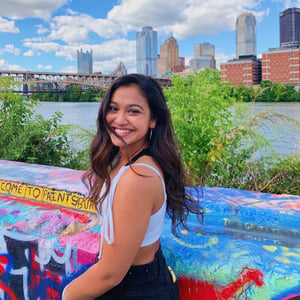 Aditi Sridhar (she/her/hers) is a junior at the University of Pittsburgh where she is majoring in Film Studies on the Production track and working towards a minor in Gender, Sexuality, and Women's Studies. She's originally from a small town in Pennsylvania called Johnstown and is excited to be spending her spring semester in London where she'll be part of the CAPA & University of Pittsburgh Film Program.

At the University of Pittsburgh, Aditi works as a Dietrich Ambassador where she gives tours to prospective students, speaks at admissions presentations, and develops video content for the Dietrich School's online platforms. She is also the executive director of a non-profit organization called Taaza, where 16 Garba-Raas and Bollywood-Fusion teams from around the nation come to Pittsburgh each year to compete. Taaza's goal is to uplift South Asian culture through dance while forging strong community relationships within Pittsburgh and the South Asian dance community. Taaza's charity partner for the 2022 year is Maitri, an organization that helps families and individuals (primarily from South Asia) facing domestic violence, emotional abuse, cultural alienation, or family conflict. The organization’s aim is not only to raise money for Maitri but to also raise awareness in the community through various efforts.

Over the summer, Aditi received the Community Research Fellowship through the University of Pittsburgh’s Honors College to research and associate produce a documentary about the Pulitzer Prize and Tony-winning playwright, August Wilson, the restoration of his home and the significance of the neighborhood he grew up in, The Hill District, which he also used as inspiration for his plays. Beyond coordinating shoots and working with the film production team on developing the narrative arc of the story, she also facilitated workshops in the Hill District for local residents. By working with community organizations and members in the Hill District, she was able to better understand the history of racism and displacement of residents in the Hill and how that continues to affect Pittsburgh to this day.

As someone who would love to work in the entertainment industry as a producer, Aditi's focus is on bringing authentic South Asian stories to the forefront of mainstream media. During her time abroad, Aditi hopes to better understand the evolution of South Asian representation in British cinema and television and how it differs from that in the United States. By critically examining and analyzing current and past works, while relating these findings to her own experiences, she hopes to be able to pour this into her own film work about South Asian communities. Aditi's other interests include eating Flaming Hot Cheetos, trying out different restaurants, shopping, and playing the piano. She is excited to immerse herself in London's landscape and culture!

If you have any questions about the program or the application, please contact sparker@capa.org.

Read more from our past Diversity Advocates Scholars: