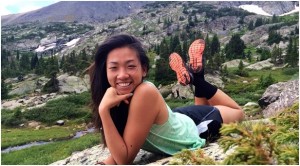 In today's column, Dee writes about networking, one of the advantages of studying abroad that can translate into a career skill for the future.

In Florence, I got extremely accustomed to asking questions: good ones, bad ones, long ones, confusing ones, all the above.

When in a place you’re not familiar with, it’s one of the only resources of getting around, and a primary way of learning about my study abroad city.

By the time I came back to the States, all my inhibitions about bothering people and asking questions had been down from the constant conditioning of having to do so abroad. Little did I know, this minute yet vital survival tactic made my time abroad more enriching. By always having to pry for information, I was in a situation that fostered interaction with all kinds of people, whether it be locals, tour guides, instructors, vendors, or other students. This naturally yielded the skill of networking, which I am giving ode to as part of The Study Abroad Advantage series. 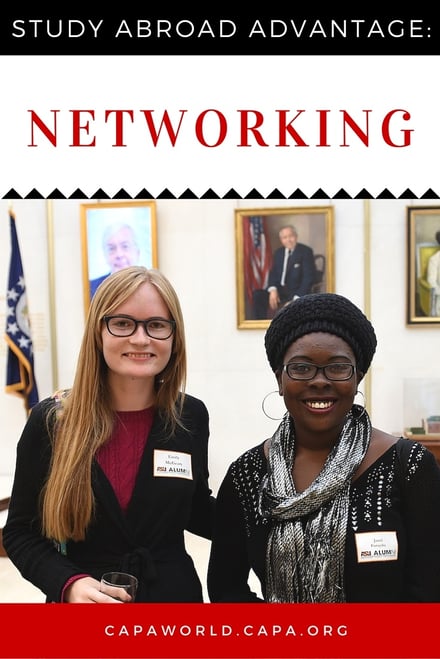 Through this little dependency on connecting with others, I ended up meeting more people than I expected, learning about things here and there, and it made my time in Florence that much more unforgettable. With studying abroad and the exposure to a new culture and new people, I was set up for some natural networking. This meant I was building relationships, and relationships meant more connections and a richer experience.

Before arriving in Florence, my friends and I stopped in Prague. We resorted to our hostel receptionist for information, and after multiple conversations, he used his day off to show us around town. To this day, we still keep in touch with him, and have a contact in the Czech Republic. While in Prague, we met some nice people from California on a Euro-trip traveling for fun. We overheard them speak English so we stopped them at the Lennon Wall to help us take a picture. Through sparking a conversation, we found out they were planning to stop by Florence in the coming weeks. Sure enough about a month later, we all met up again, had dinner at a delicious trattoria, and watched the sunset at Piazza Michelangelo.

In Florence and not knowing anyone but my roommates, this meant that my classmates would all be new people to meet! Within those six weeks abroad, we got accustomed to our neighbors and the local pizzeria owners, became friends with other students abroad, interacted with locals, the sandwich shop owner knew our orders, and we became closer with our landlords.

After six weeks in Florence, my friend, Liz, and I backpacked through some of Europe, and it was actually through this ‘natural networking’ that this was possible. While in Florence, I got to go on some weekend trips through student tour groups, and with bringing up our post-study-abroad aspirations of traveling more, the manager of this tour group offered to help Liz and I plan our whole trip. How awesome is that? Liz and I called him, “Dan The Man”. Dan The Man gave us itineraries to the places we wanted to travel to, hostel information, tips, and must-try restaurants in each city. 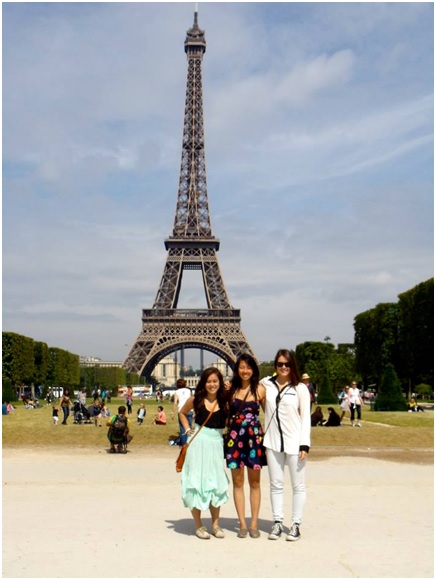 Photo: Liz (left), Alex (right), and I went to Paris for a few days after we hit it off in Florence through CAPA! We are all Buffs, too!

While backpacking, Liz and I stayed in hostels, where we met so many travelers and nomads like us! In Amsterdam, we had dinner and saw some sights with our hostel roommates. They gave us some information since they arrived the day before us. In Barcelona, we stayed in a 12-person mixed dorm and befriended four people from Capetown and London. Our new London mates taught us some British slang - cheers to them for doing so - and we also met a sweet girl named Barbara from Quebec! Barbara did a Colorado trip this summer where we met for lunch and I got to show her some of Boulder, which was neat.

Connecting with others continued to be a perk throughout the rest our trip. Promisingly, after returning from being abroad, my senior year of college reflected that. For one, school started again, and networking is how I became a CAPA ambassador. CU students from CAPA extended our Florence memories by hanging out through the year. We’re all still good friends!

Last year when a couple of teammates and I went to Seattle to cheer on the Buffs for a football game, we had a day to explore the town and also ended up having a glorious lunch of the best salmon burgers, crab cakes and clam chowder of our lives – all because we spoke with some real Seattlite locals.

And now? One of the companies I work for is actually an introduction through a reference of a friend I met abroad. I’m leaving to dance in the 2015 World Ski Championships held in Vail, Colorado, which I learned about through my dance director I worked with over the summer. Networking not only opens doors, but it brings people together, which I dig.

Studying abroad boosted my networking abilities and capacity, and it’s been nothing but rewarding. The skills of social connection and relationship-building allow us to make sense of our experiences. I treasure these relationships so much and it’s an overlooked kind of education that no textbook could ever replicate. The experiences build memories, give us joy in living day in and day out, and give our lives meaning. I’m not trying to get all sentimental, just preaching the truth. It’s an advantage to rave about.