Study Abroad as an Investment in Yourself and Your Career

Meet Edgar Trujillo, a Sociology major from UC Davis who studied abroad in London during spring 2016. Below, he talks about how his internship led him to his current job in higher education, how he stayed active abroad, and how his experience led to positive changes in his confidence and ability to be independent.

CW: Tell us a bit about yourself.
EDGAR TRUJILLO: I grew up in the Monterey Bay of California and received my Bachelor’s Degree in Sociology from UC Davis in 2016. Currently, I work for UC Davis as a Program Coordinator for the UC Davis Center for Human Services. I strive every day to provide human service professionals the knowledge, skills, and resources they need to best serve their communities by coordinating the administration of our skill-building workshops. Besides my work, I love to take long drives and hike the breathtaking wonders of California’s National Parks.

In my senior year of college, I came to the realization that if I ever wanted to travel across the globe, I would have to do it with haste. As a young person, I enjoy pursuing situations that provide me a more cohesive understanding of the world, and living for three months in the UK sounded like the perfect opportunity for me.

CW: What was it like to study abroad in London specifically as a sociology major? What would you recommend in terms of things to see and for someone with an interest in sociology?
ET: Looking back at my time in London, I can really appreciate the richness of diversity that the city is home to. My first conversation coming off the plane was with a family from Mexico City who were finishing up their vacation. I actually spoke with them in Spanish, which was a pleasant surprise for me, and they gave me directions on how to ride the tube and find my destination. As I spent more time in London, I noticed some interesting behavior that was commonplace in the city but a new experience for me entirely. When riding in a crowded tube, people will get incredibly close to you, being inn your personal space to the point where you are inches from a stranger’s face while completely ignoring them. I first found it uncomfortable, but then became fascinated at how people are still able to maintain a sense of personal space despite being so intimately close in proximity. Books, the newspaper, personal devices, and day dreaming were the defense mechanisms that London commuters implemented to survive the onslaught of bodies on a daily basis, and I definitely recommend newcomers to see it for themselves.

CW: What surprised you about your host city? What did you discover that went beyond your expectations or stereotypes that exist of the city?
ET: I think something that I found surprising was the invasiveness of commercialization in the borough that I lived in- the East End. The East End is characterized by a vibrant street art scene; Shoreditch, Brick Lane, and Spitalfields are widely considered to be the mecca of street art in London. Artists like Banksy, Rough, and Eine have left their mark on hundreds of works that cover the East End under a blanket of colors and artful expression have made the East End a popular tourist attraction, and with it a booming commercial industry that ironically threatens the livelihood of street artists and the poorer citizens of the East End. The financial center that’s very near the East End has shown great interest in capitalizing on the street art phenomenon by enacting plans to establish high end restaurants like Japanese cuisine, Starbucks cafes, and lucrative hotels that jeopardize the East End’s urban art scene. Since I lived in this area, I made sure to spend plenty of time admiring the gorgeous artwork that may cease to exist one day. 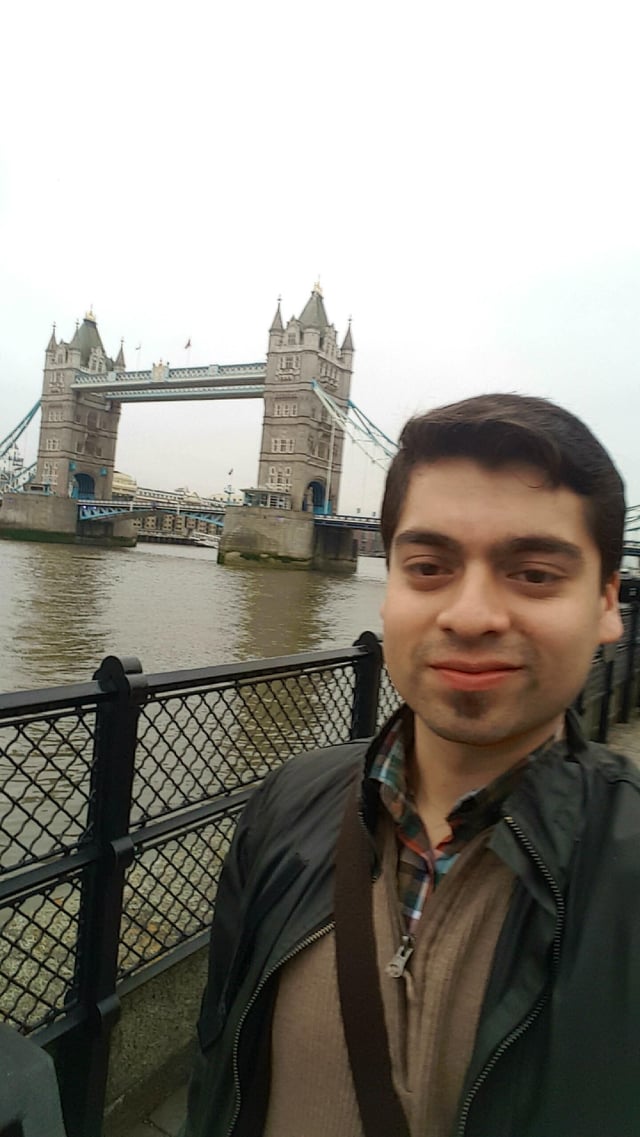 CW: Tell us a bit about your internship that you completed while studying abroad, your duties and accomplishments.
ET: This past spring, I held an internship at Stonewall UK, a charity organization that has been at the forefront of unprecedented social and legal advancement for LGBT people living in Britain. I was tasked with front desk reception and providing visitors a hospitable welcome, and I also engaged in a number of projects that greatly increased my knowledge and understanding of how workplace policies. For instance, a delegation from a Croatian organization sought to re-write many of their workplace policies to make them more diverse and inclusive to a wide range of people, and I was responsible for researching and creating a policy framework that took into consideration the human resource compliance laws of Croatia whilst promoting diversity and inclusivity.

Additionally, I engaged in a massive research project where I had to determine all the LGBT hate crimes that have occurred in between 2013-2016 within the 193 UN States. Along those same lines, I also had to determine which countries did not allow their citizens to change their gender identity on government forms. I completed this project by researching through every country’s constitution and relevant laws, which yielded information that served as the foundation for a published report on the subject. Ultimately, I believe this internship absolutely helped me grow tremendously as a young professional by vastly improving my organizational, interpersonal, and leadership skills. 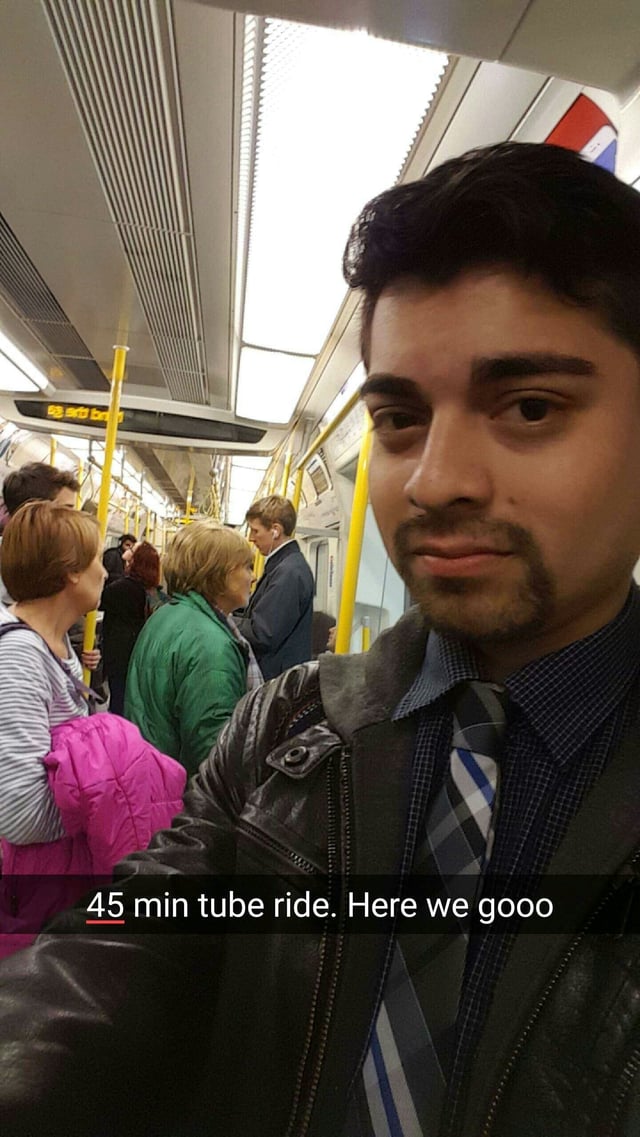 CW: Did your experience abroad in any way shape your career goals and aspirations? If so, how so?
ET: My primary career goal is to work for an institution of higher learning. Only about three months ago did this goal become reality, and I became an employee of the University of California, Davis. I honestly believe that the only reason I got this job is because of my studying abroad experience, which was a major talking point during my first interview. The position I was vying for was a Program Coordinator for the Center for Human Services department of UC Davis, and it just so happened that my work experience with Stonewall give me skills that were easily transferrable to the job at hand. I love my job, and I’m just so glad that my studying abroad investment has worked out pretty well for me. 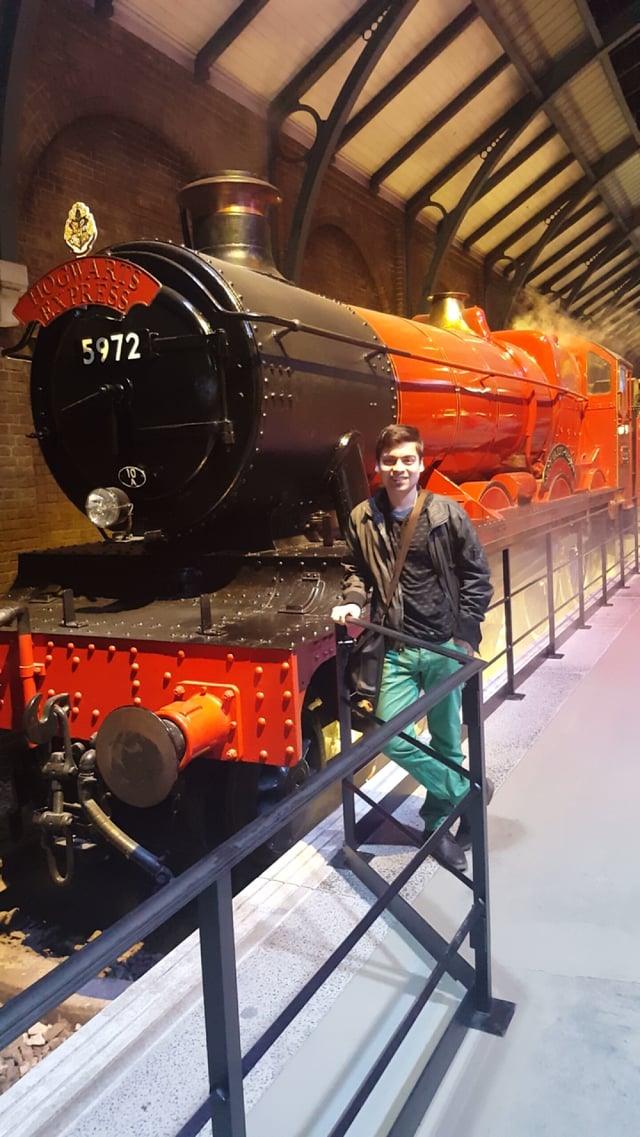 CW: How did you prepare yourself financially for your travels, both before you left and while you were abroad on a budget? What tips can you share with future students?
ET: I recommend that students obtain a loan if money is an issue. This was my experience because as a full time student at the time, I only worked part time so money wasn’t exactly bulging out of my pockets. This was the case with many of my classmates, and we all agreed that taking out a loan was worth it because studying abroad was a great investment for our future careers.

For future students, I definitely recommend applying to scholarships. There is a lot of money that goes unclaimed every year because students are unware of these scholarship opportunities. A bit of research and essay writing can drastically lower your trip costs, so take advantage and if victorious, enjoy the tremendous satisfaction of getting free money. 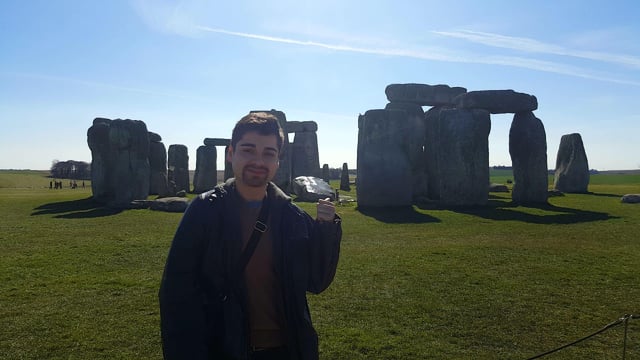 CW: Let's talk about everyone's favorite topic - food! What did you try for the first time in London? Anything you miss? How would you compare the food generally to what you find at home? Any restaurant recommendations?
ET: My God, the food I had in London was some of the best I’ve ever had the pleasure to stuff in my face. I lived near Aldgate East, and I would walk to Efes Restaurant pretty much every for their Lamb Donner House Special- that was the most delicious Turkish food I’ve had in recent memory. Besides that, I was absolutely captivated by the English Breakfast because of the variety of foods that was served, although I have to admit that I was not a huge fan of the random slice of tomato lazily placed to the edge of my plate. I usually just ignored that bit, but everything else – the hearty sausage with scrambled eggs & buttered toast accompanied by sliced bacon strips and warm beans served with a classic English tea – was delectable and so mouthwatering that I’m probably going to make it myself immediately. Food at home general consists of salads and baked chicken breast, so I definitely miss London’s iconic cuisine and variety but I’m also looking forward to when I’m able to return and feast once again. 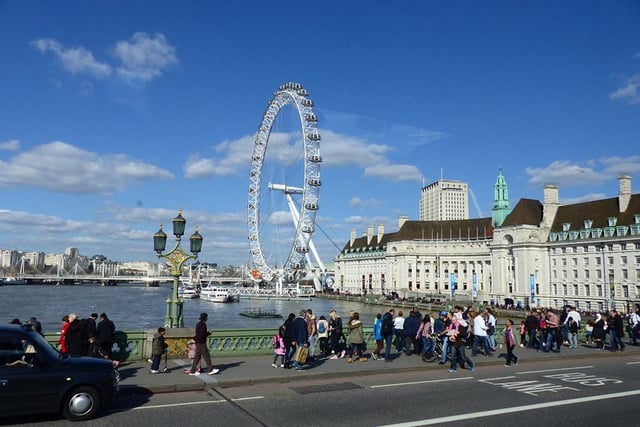 CW: How did you stay active abroad? Is there any particular activity you liked to do to stay healthy?
ET: Honestly, the best way to stay active is to simply walk everywhere. I did this anyway because between my internship and classes, I walked about 25,000 paces per day whereas back home, I would normally walk about 10,000 paces daily. Suffice to say, I lost a ton of weight and although it was rather unexpected, I quickly gained some of it back through copious consumption of fish and chips.

CW: Where were the places you carved out as "Your City" - the places you found outside of the tourist sites, the places that were most meaningful for you? What was special about them?
ET: I think a lot about the routine that I followed every day, the places that I visited and became a staple of my daily rituals. My dorm is something I actually miss because it had a gorgeous view of the City and I often reflected on my day by sipping on a cup of tea while staring out into the vastness of London. Beyond that, the park around my corner was another gem that helped me cool down from a long day. I would often go there after coming back from school on a late Thursday night, and the quiet tranquility of the park was a welcome reprieve from the cacophony of the day.

CW: What changes have you seen in yourself since you participated in your study abroad program? Are they positive or negative? Why do you think these changes occurred?
ET: I think I’ve become much better with money, and I have a greater sense of confidence that has helped me tremendously. Living in London Pre-Brexit was expensive, so I learned to be prudent with my finances because I knew that running out of cash was not really a reality I wanted to live in. After combing through my recent transactions, a pattern emerged that told me my main expenses were food related.  If I knew I was going out that evening, I would cook my meals that day and save my pounds. This was a small but effective behavioral change that I still practice today. I’m still able to feed myself quite nicely while still enjoying the frivolous expenditures of entertainment.

Additionally, my studying abroad experience provided me the skills to project confidence even if I wasn’t feeling it. At work, I feel the confidence to share my opinions freely, especially during team meetings when I feel like sharing suggestions in order to make our work flow more efficient. I think back to my days at Stonewall where during team meetings, everyone had a role and say in the matter being discussed. I learned from that experience to always be engaged with the discussion and to think creatively about approaching projects or even about how best to resolve problems that come up. 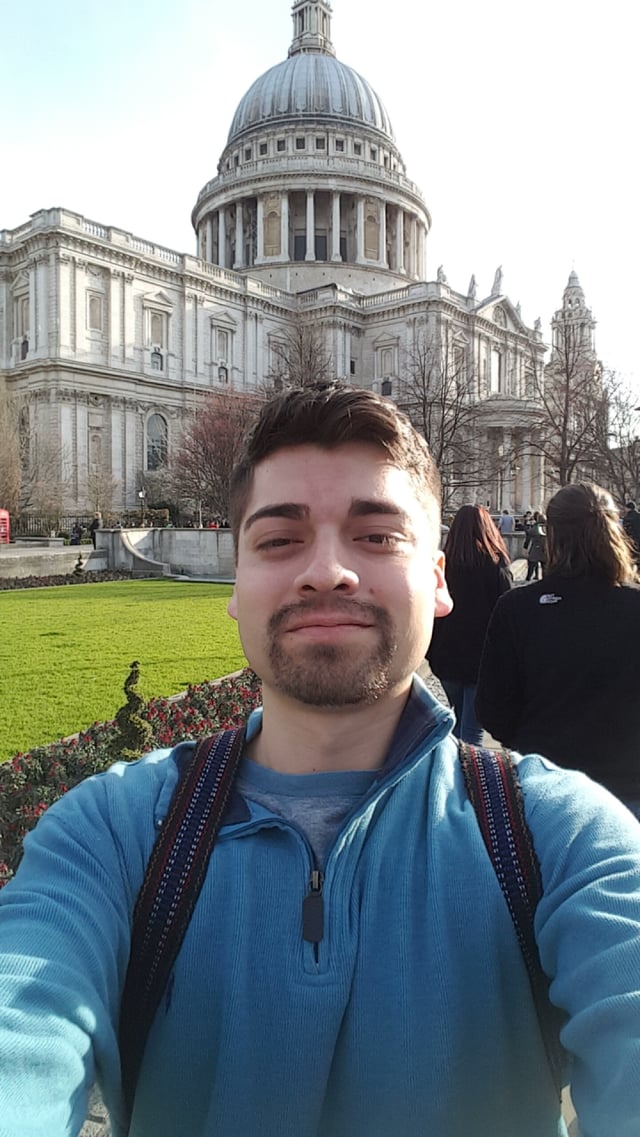