In this week's post, Catherine talks about the academic side of study abroad and a class that has resonated with her this summer.

When I was 5-years-old, I would staple folded computer paper together like a little booklet and write stories about child detectives and mysteries. In middle school, I wrote (admittedly) embarrassing fictional stories based off of my favorite books and TV shows. During my four years of high school, I started writing my first blog and attempted my first ever novel. I say attempted because the huge file is still on my laptop from 2011.

I have always loved character development, world-building, and plot twists – all of the things necessary for creative writing. I have never been able to take a formalized writing class until now. College is difficult enough with exams and academic papers to find time for writing creatively. I was so excited for the opportunity to take a creative writing class here in Sydney this summer. 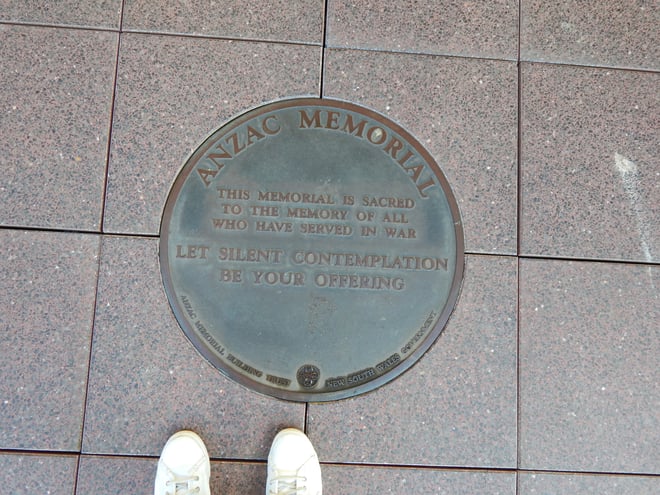 The course is titled “Writing the Global City – Sydney”. We have our writing classes on Wednesdays and Thursdays. Typically the Wednesday classes are dedicated to in-class work shopping and discussion. We read our own work and provide constructive feedback to each other or we read excerpts from great writers and analyze them. My professor, Dr. Richard Allen, is an incredibly interesting poet. He gave us a book of his poems on our first day of class which we were able to analyze together as a class. 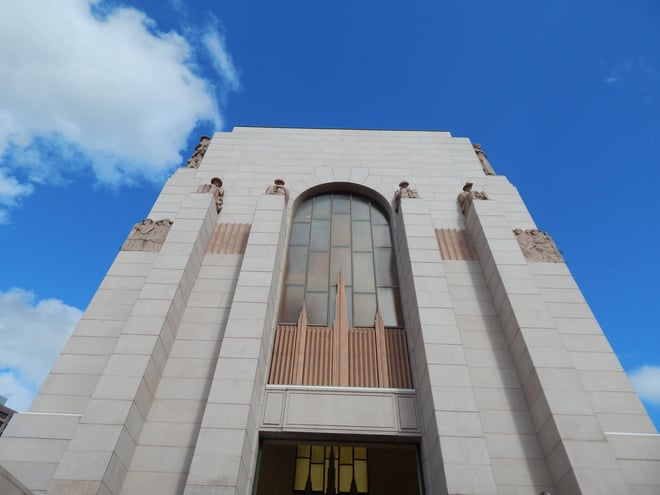 But Thursdays are my favorite day of class. Thursdays are days for exploration. Thursday mornings, I typically begin my day with a small coffee before my roommate and I head out to class for the day. During our first week of class, we walked around the Anzac War Memorial. The stone memorial is a large structure that sits just beside Hyde Park. Inside, there is a Hall of Memory which commemorates the great wars in which Australia fought. On the ground floor, there is a large statue titled ‘Sacrifice’ designed by George Rayner Hoff. It depicts a slain soldier on a shield, representing the many lives lost by soldiers throughout history.

It was rather humbling after a few days of dining out around Sydney to be reminded of the more historical roots of the city. Our professor also showed us Sydney Grammar School – an institution he attended in childhood – as well as several churches, Hyde Park and the City of Sydney Library. Admittedly, my feet were rather sore by the end of the walking tour it was refreshing to learn about the historical context of the city in which I was living.

I highly recommend the course “Writing the Global City” for anyone wishing to study abroad. Not only am I learning about my own prowess as a writer, but I am also learning about what it means to interact with a ‘global city’ like Sydney. Sydney is built on a land that is most influenced by the Aboriginal people, countries in Asia, and countries in Europe. I hope that the writing skills I am learning can accurately describe how incredibly unique Sydney was and is.