In this week's post, Tommy talks about the classes he's been taking at Austral University during his semester abroad with CAPA.

Those of you who have been following my blog over the past months may have easily missed the fact I actually go to school here, because I’ve been blogging mostly about things I’ve done outside of school. That ends with this post.

My week revolves around my classes. The twelve hours I’m taking this semester will count to my Spanish major and Latin American Studies minor. Class meets for three hours (with a break in the middle) per week, and homework usually consists of reading, writing essays, preparing presentations and studying—all in English. There’s no significant difference between my classes in the US.

Here’s a breakdown of each class:

This semester of Spanish has been one of my absolute favorites in my entire academic career. It started out with a broad review of Spanish grammar then focused in on Argentine literature. We’ve spent a few weeks translating an entire Borges short story word for word out loud during the class period. It’s a demanding but rewarding experience.

The professor has made the course a mix of philosophy, literature, art, history and translating. We break down each line, learning new vocabulary, filling in the context, exploring the philosophical implications and discovering the authors’ influences. I’ve learned so much more than just Spanish (though I’ve learned a lot of that) and have a deeper understanding of the authors we’ve studied. 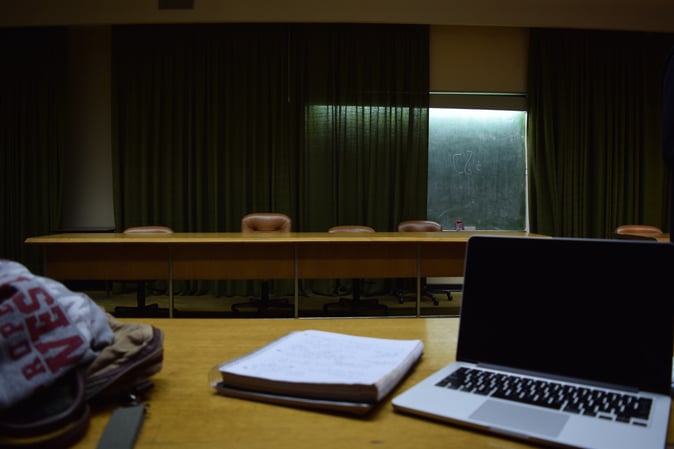 Photo: It turns out some of the most important things I packed was my notebook and computer.

First section of the class focused on the history of Argentina’s economy. We started with its years as a nascent colony and prosperous young nation, then followed its tumultuous stumble through the 20th century, finishing with its current situation. Now, we are focusing on broader themes affecting Latin America, such as integration, trade, production and immigration.

Learning about the Argentine and Latin American economic situation has definitely improved my experience in Buenos Aires. Everything here makes a little more sense. I understand, just a little bit better, why the buses are so heavily subsidized, why the cash economy is so huge, why so many Bolivians migrate here, why farmers had a successful decade.  Being surrounded by what I’m studying has made the class so much more meaningful.

The other part I like about the Economics course is the international background of my classmates. They’re from all over. Because of this, the professor can ask a specific question to make a point about the German or Chinese or US or Italian or Colombian economy, and a citizen of one those countries can answer it. 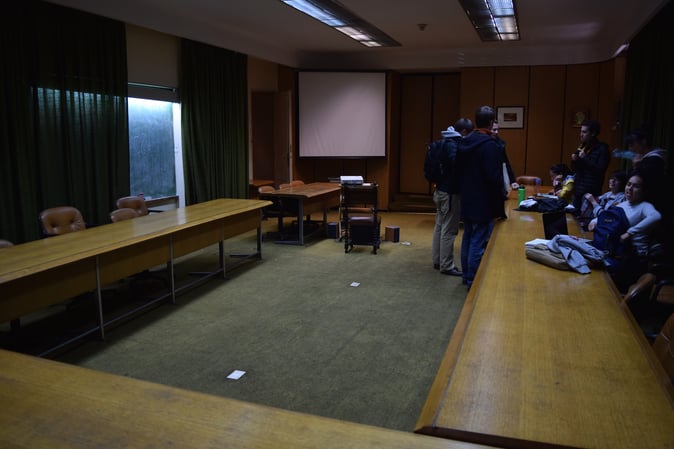 In my societies class, the first half of the semester was mostly about modernity in Latin America. We traced modernity’s development back to the French and Industrial Revolutions, and discussed its implications in Latin America. The professor talked a lot about the societal forces behind nation building, the historical narratives that leaders and academics created and the effects of modernity on marginalized groups. In most cases, Latin America faced the dark side of this global growth. Now, we are hitting a lot of topics, including the contemporary social situation in Latin American cities, revolutionary groups from Latin America and indigenous and popular culture.

Image: Fortunately, I haven't had to buy any books, because my professors have put the readings online.

I’ve been a volunteer writer at The Bubble, a news media website dedicated to covering news in Argentina and the region. There’s too much to write about that for this blog post, so my experiences at The Bubble will get their own post next week. Stay tuned!