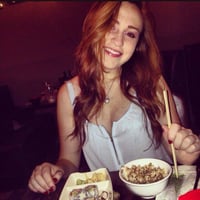 Stefanie Mandel is an official CAPA blogger for fall 2015, sharing her story in weekly posts on CAPA World. A Writing for Film & Television at Emerson College, she is studying abroad in Florence this semester.

In this week's post, Stefanie shares some of the typical stereotypes and expectations for a semester in Florence and what it's really like.

For a solid five months prior to studying in Florence, I worked two jobs and saved up all of the money I could, knowing I wanted to be a baller in Europe. Studying abroad is going faster than the money in my bank account, and if that doesn’t resonate with you, then all you need to know is that that fact is really, truly scary.

Every new place I travel to, “I’m probably never going to come here again”, becomes the best excuse to buy something I don’t need, and taste something I’ve probably tasted before. Okay, that last part was a lie because Europe’s food is milestones better than America’s food and you should never turn down trying new food, only trying excessive amounts because you can’t control yourself... I speak from experience.

Looking back at it now, there are a couple of misconceptions and stereotypes about Florence and studying abroad in general that I’d like to put to rest. Read it and weep:

MISCONCEPTION 1. ITALIANS DRINK A LOT. Italians are not booze bags. In fact, I’ve never seen an Italian, in Italy, actually drunk. Wine is an integral part of their culture, and it’s not to be abused the way so many American’s abuse it. For Italians, it would be a disgrace to be seen stumbling out of a bar or a club, so if you think you’re coming to Florence to blackout, you’re traveling to the wrong country.

MISCONCEPTION 2. YOU'RE GOING TO GET FAT. This one’s a 50/50. Everyone’s metabolism works at its own pace, but if you’re looking not to gain too much weight, it’s totally manageable. When in Italy, inevitably you’re going to try a lot of new foods, or just foods you’ve had before but made the ‘right way’. Instead of getting an entire plate of pasta like you would in America, you’re going to get a small dish, that at first glances, proportionally looks disappointing. The difference is that you’re most likely not going to be able to finish that smaller portion of spaghetti. I don’t know what magic they’re doing behind the scenes here in Italy, but you can eat half of the amount and get twice as full. As long you don’t push yourself, a moment on your lips won’t become a lifetime on your hips. 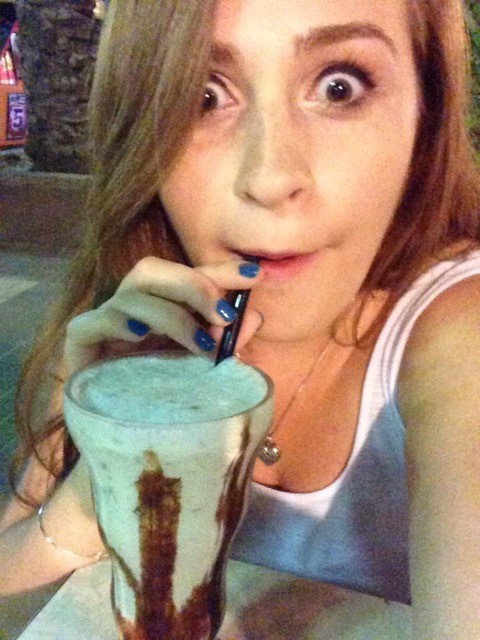 MISCONCEPTION 3. IT'S THE ROMANCE CAPITAL. Besides the excessive amounts of P.D.A, Florence is not that romantic. It’s kind of a known fact here that most young, Italian girls won’t give an Italian guy the time of day. If you’re a cool, American chick, be a tad weary of eye contact here; it’s where a huge cultural difference lies. 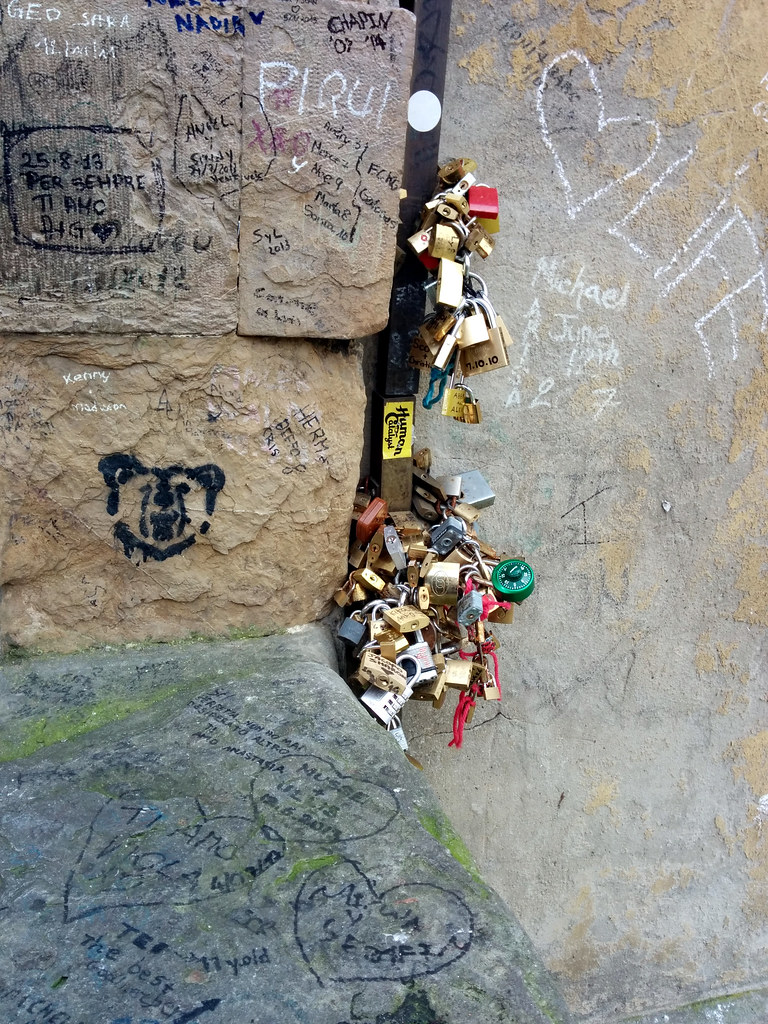 MISCONCEPTION 4. YOU HAVE TO SPEND A LOT OF MONEY. I know I opened by saying I’ve been spending a lot of money, but truth be told, I could probably budget a little better. And by that I mean I could totally budget a lot better. You can’t always eat out, even if you find a great local hotspot with a killer deal. Traveling is expensive. There’s always going to be another cool t-shirt or pastry you want to try, but at some point you need to tell yourself that Florence is not going anywhere anytime soon. You can always come back. 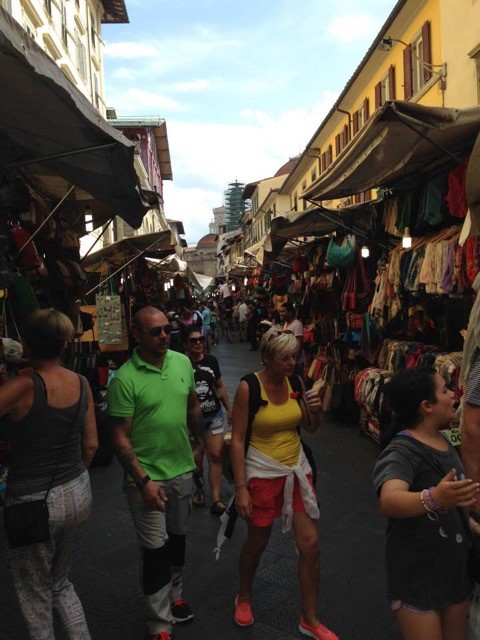 MISCONCEPTION 5. YOU WILL NOT GET ANY WORK IN YOUR CLASSES. Sometimes I even forget that the phrase is studying abroad, not just ‘abroad’. Yes, you still have to try in your classes, and yes, there is homework. Some classes more than others, but you’re not getting an easy A without some effort.

MISCONCEPTION 6. YOU'RE 'BASIC' FOR CHOOSING TO STUDY IN ITALY. Apparently, so many Americans have chosen to study abroad in Italy that it’s become ‘basic’ to study in Florence or Rome, as if these places have been ‘overused’ in a sense. Anyone who tells you that studying in Florence is ‘basic’ lives in their own sheltered bubble and doesn’t understand that there is so much more to Florentine culture than what they see their friends posting about on Facebook. You can like my instagram of me double fisting spaghetti, but you don’t know what real, homemade Italian meat sauce from Italy tastes like. You don’t know what it’s like to order in Italian, to walk the streets of Florence, to hang dry my clothes because we don’t have dryers, or to see stray dogs instead of squirrels. Studying in Florence isn’t basic by any means, especially if you take the time to really get to know the city. There’s always going to be a person with negative opinions on the place you’re choosing to study abroad. The trick is to keep in mind that haters are going to hate, and ballers are going to ball. 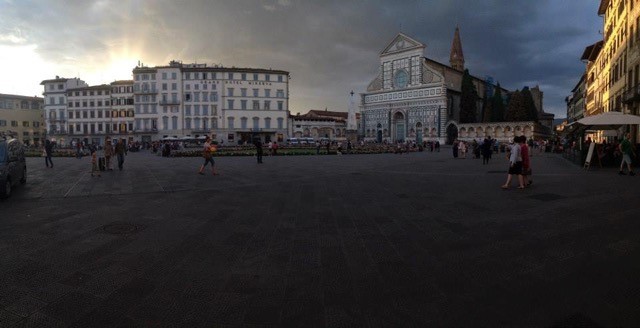 MISCONCEPTION 7. EVERYONE WILL LOVE YOU BECAUSE YOU'RE FROM AMERICA. Back in America, I’ve met Europeans. I can recall time and time again where they were so intrigued by a native New Yorker. This doesn’t really matter all that much in Florence. Florentines have their own way of life and while a pretty big part of their economy thrives because of tourists like us, they don’t care that I’m from America. They care even less that I’m from the big apple, and some will even resent me because of it. Florentines aren’t going to love you right off the bat; many are going to think you came to their city to get drunk. If you want Florentines to love you, it’s going to be because you tried to speak to them in their language, and took the time to learn about them and their culture, not because you’re an entitled American study abroad student. 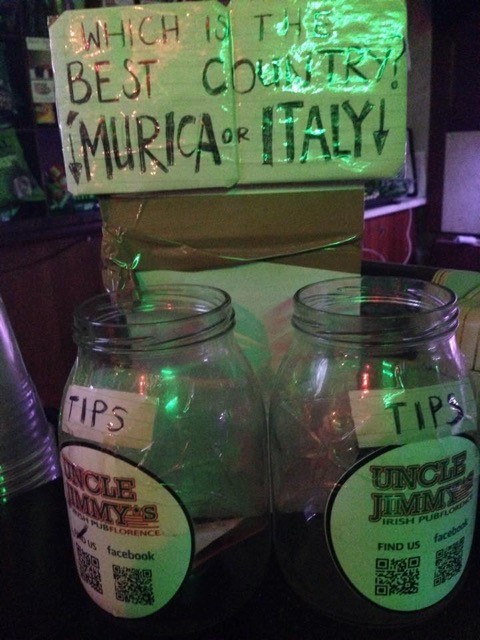 Don’t believe me? Come to Florence and find out for yourself!