Studying Abroad in London: A Global City and More

Words by Montana Ryzuk, a Psychology major at Siena College and CAPA London study abroad alum who is now a CAPA Ambassador.

It might sound cliché but studying abroad in a global city gave me a new perspective on the world. I turned twenty years old the summer prior to studying abroad. With nothing but traveling on my mind, this birthday gave me the realization that I had gone two decades without making it overseas more than anything else. As a result, I had an endless amount of questions and curiosity only to be answered by traveling and experiencing a new country (or seven) first hand. 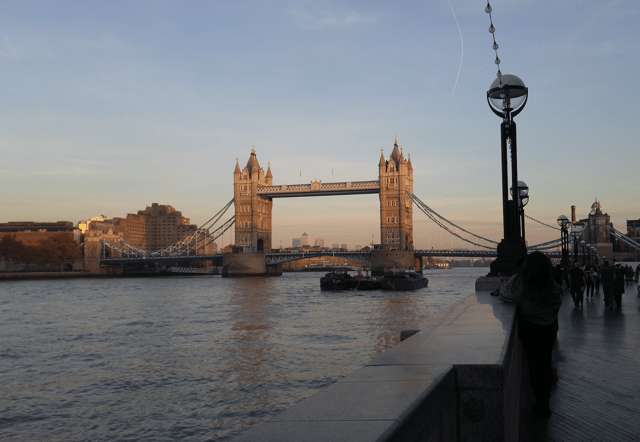 I chose to study abroad with CAPA in London, England, because of the internship program, which stood out as a once in a lifetime opportunity to me. Prior to departure, I tried to have the least amount of expectations as possible, as everyone advises you to do. Because of this, I never imagined how diverse of a city London would be. But better yet, I never imagined the global awareness and appreciation for other cultures I would gain from just four months in a foreign city.

Living, studying, and interning in as global of a city as London increased my understanding of what it means to be a “global city” in general. Not only did the diversity I encountered on a daily basis through interactions with locals, the large variety of food and shops, and the different neighborhoods of London exemplify a global city; I also was able to apply those encounters to what I learned and experienced during lessons and field studies in one of my favorite classes while abroad, "Analyzing and Exploring London the Global City." This class reinforced my experiences of London’s diversity by explaining the root of it, how it works on a daily basis in London, and how it adds to London’s global identity. 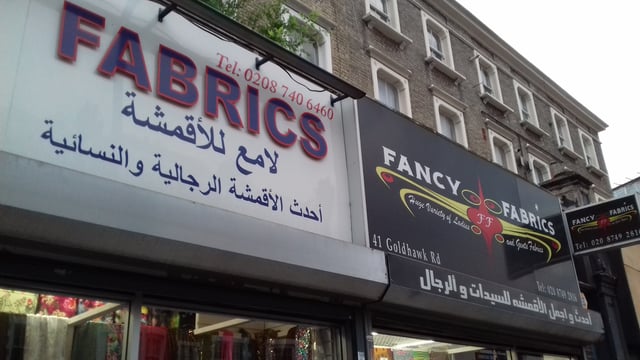 A neighborhood in particular that exemplifies London’s appreciation for other cultures and reliance on those cultures for economic prosperity and identity is Shepherd’s Bush, where I was fortunate enough to live in a flat for the extent of my time abroad. Shepherd’s Bush is a neighborhood largely surrounded by textiles and fashions. This type of business is very popular among the Middle Eastern community. Therefore, a large number of people living in the same neighborhood as me were Middle Eastern. Due to this, most of the storefronts had bilingual signs out front, both in English and Arabic. 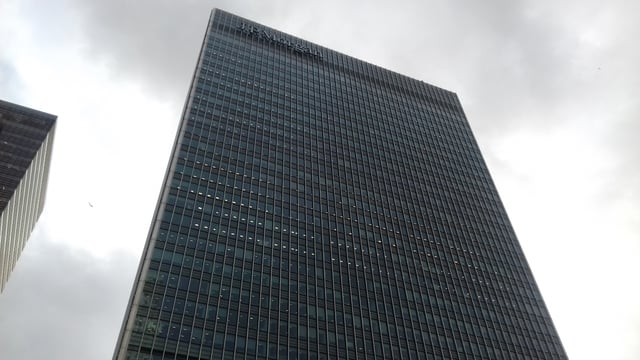 However, it was not just the diversity of London’s inhabitants that made it such a global city. Less than an hour away from where I lived in London, which some people might have compared to New York City’s Queens or Brooklyn, was an area of business known as Canary Wharf that strongly represented a “mini-Manhattan.” Canary Wharf is complete with tall skyscrapers, workers in suits and ties on lunch breaks, ports for importing and exporting, headquarters for investment banks such as J.P Morgan, and so on. In order to be a successful global city, signs of economic prosperity such as these are key. These are attractive to other global cities around the world and will have them showing interest and not only wanting to be a part of your economy but you to be a part of theirs as well. I was able to visit Canary Wharf and learn about how important of a neighborhood it is for the city of London as an out-of-the-classroom field experience in the class I mentioned earlier!

Lastly, London’s tourist attraction due to its iconic landmarks and well-known history add to its diversity and economic prosperity as well, both contributing to its identity and success as a global city. Seeing these landmarks for the first time in person creates an overwhelming amount of excitement and awe. I am beyond thankful for being able to experience these landmarks and everything else London has to offer for the complete fall semester of my junior year. It was truly an experience of a lifetime and I gained more knowledge and growth as an individual than ever before thanks to CAPA and the study abroad office at my hometown college.

Want to connect with Montana and ask what it’s like to study abroad?