Talking About My Generation

—The Who (written by Marley, Carter, Jones etc.)

The idea that being born at a particular point in time creates some kind of collective identity is a relatively recent invention. The idea of a “generation” only came to be used to distinguish the younger from the older in the early 20th century. As an arbitrary means of interpreting historical change, it implies that those born within a given period are invested with distinctive behavioral traits. Sarah Laskow argued that “Societal generations are a relatively modern idea, hit upon by 19th century European intellectuals and refined in the beginning of the 20th century.” The idea of the generation offers a mechanism by which we impose some kind of pattern upon history: a model defined by age conflict. 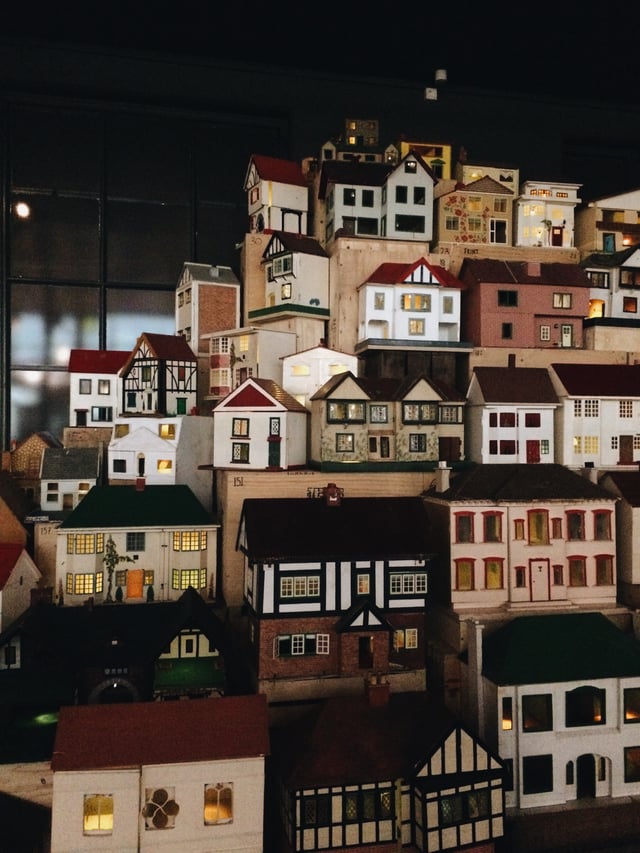 “Generation” as a distinctive group aligned through age was not common usage until recent history. It more commonly meant all those alive at a given point in time: “During the early 19th century the term ‘generation’ was used primarily to signify either the relationship between fathers and their sons or contemporaneity.” Those born between 1720 and 1730, for example, were not invested with common characteristics or shared consciousness. For further example, in the Victorian era children were paradoxically sentimentalized but hardly privileged or seen as distinctive from the adult world. They were essentially small adults and, depending on the class into which they were born, they were subject to the same constraints and obligations as adults. In that context, child labor was not an aberration but an extension of economic norms. Teenagers, as a collective group with common interests, were unknown to the Victorians. The modern teenager was a product of a combination of prosperity, fashion, popular music, and marketing. Teenagers became distinctive when they had the money to demonstrate that difference. The arbitrary suffix “teen” was used to imply some kind of shared identity.

The contemporary notion of the generation gained particular credence from the 1960s onwards and was used to characterize the separation of young from old as a “generation gap”: an ideological divide in response to unprecedented increases in the pace of social, political and economic change. The transformation of the generation into a distinctive political group was pointedly manifest in the Free Speech Movement at the University of California, Berkeley in 1964. The political activist Jack Weinberg created the slogan: “Don't trust anyone over 30. " This was an extreme, precise expression of generational alienation. The root of that alienation can be traced back to World War I and the perception that youth were betrayed by the actions of the older generation:

If any question why we died,

Tell them, because our fathers lied.

The generational voice emerged out of political traumas in the troubled twentieth century; ideological divisions were expressed in terms of youth against age. It reflects a transformation in conventional political divisions of left and right, or liberal and conservative: conviction replaced by conditioning.

Another underlying factor was that groups of young people became a market for commercial goods. Ironically, older market developers recognized that propagating distinctive tastes for products was good business. The purchasing power of “baby boomers” grew after World War II as prosperity replaced austerity. Generational identities were expressed in distinctive tastes in clothes, hairstyles and music. A tradition of youthful dissent expressed through appearance runs through the twentieth century in many contexts. The Zoot suit, for example, became a form of dissent for young urban minorities in the USA in the 1940s. The degree to which the Zoot suit reflected a rejection of mainstream American values was expressed in the Zoot Suit Riots in Los Angeles. The Los Angeles Times described the fashion as “a badge of delinquency” (June 2, 1943).

In the 1960s, hippie fashions and long hair similarly expressed political values in generational terms: a rejection of modernity and militarism. In the UK, with fewer political implications, Mods and Rockers wore clothes that distinguished themselves from each other and, more significantly, from the fashion of their elders.

In musical terms, rock and roll was the first musical style directed solely at the young. Fashion choices and musical tastes symbolized a rejection of conventional standards and became emblems of the separation of young from old. The music was loud and performed by groups of young people who were mostly of a similar age to their selective audience. “My Generation” by The Who is emblematic of this trend. Punk Rock explicitly addressed social and political alienation, as did Pink Floyd’s “Another Brick in the Wall”:

We don't need no education

We don't need no thought control

All in all you're just another brick in the wall.

The Hit Parade was a measure almost exclusively of the taste of the young.

The common factor in these versions of generational identity is the idea that time is a critical modifier of behaviors and beliefs. There is, of course, significant evidence to suggest that this is, at least in the Western World, a credible way of distinguishing people. We are all formed by the environments into which we are born.

A young American or European born in 2000, for example, is quite likely to be more comfortable with technologies than someone like me. Similarly, my entirely fictitious great, great uncle Woolfie (born 1805) had attitudes towards travel that were quite different from mine. Woolfie rarely left the miserable Eastern European village where he scraped a living and became a wise man. In contrast, I have travelled all over the place and have become a gold card holder on Virgin Atlantic. Our lives were inevitably shaped by the development of travel technologies, political and social environments, and the myriad of other conditions that determine what is and is not possible.

Since the 1960s, we have defined generations by using periods of time to construct collective identities. I am a “baby boomer” and have observed the invention of Generation X, iGen, Millennials, Generation Y, Z and so on. However, the implicit complexities involved in these constructions have largely been ignored.

As early as 1923, the sociologist Karl Mannheim identified “The Problem of Generations” as an attempt to:

… find a general law to express the rhythm of historical development, based on the biological law of the limited life-span-of man -- the overlap of new and old generations. The aim was to understand the changing patterns of intellectual and social currents directly in biological terms.

As Marxists use economics or racists use eugenics, so the generational divide is an attempt to explain social and political change by reference to an external quasi-scientific measure: the conditioning power of time. As Mannheim observed: “In the process, everything… was simplified.” An arbitrary dichotomy replaces more nuanced analysis.

In international education, the process runs counter to an ethical assumption and a learning objective. We seek to teach students to interrogate and deconstruct stereotypes that impose innate characteristics upon groups delineated by nation, race, ethnicity, gender and other constructed boundaries. We resist assumptions about collective identities and expose myths of homogenous practices, behaviors or beliefs. We call those prejudice.

However, it has become increasingly common to hear colleagues blithely pontificate about Millennials, Generation Z, Y or whatever. Any number of conference presentations in our field describe innate characteristics that are used to delineate a group through demographic lenses. Of course, these are mostly innocent attempts to identify perceived issues, sometimes derived from the idea that this generation or that is not as scholarly as those that preceded them. In educational terms this impulse derives from what I think of as the Eden complex: the delusion that there was a golden age (usually when we were young): a time when students were paragons of academic virtue.

The intention is usually innocent but the implications are not. Substituting Blacks, Jews, Women, Gays (etc.) for Generation Z (etc.) reveals parallels with distasteful stereotyping. There is, I believe, little real distance between saying that “Generation Z never read anything” and “Jews stick together.”

This is not to deny that we are all, to some degree, conditioned by our circumstances. When we were born certainly creates consequences on how we live and how we behave. However, in imposing generational identities, we are guilty of the kind of selective stereotyping that we seek to subvert in the educational programmes we offer to students. Instead of gender, class, nation or race, time is used to impose collective behaviors on an entire group. Time becomes a primary conditioning factor which distinguishes group from group.

Temporal divisions become part of a dominant narrative in international education. Instead of identifying what may unite us, we present fractures and divisions as prevailing realities. In a similar process, we construct boundaries between “cultures” that students need to learn to cross. The implication is that differences are more significant than similarities. Generational distinctions are, thus, assumed to be a determining factor on academic behavior.

The implication is that not only are we different from others but that those differences are verifiably true and of primary significance. We are able to do this through stereotypical simplifications and generalizations. Of course, we are divided by ideology, faith, kinship, class, money, country, and space. Those divisions are increasingly evident in global contexts. They also derive from invented identities, constructions we use to define the world. The idea of generational identities adds another layer of fragmentation.

All stereotypes contain a fragment of truth. That is why they persist. However, to allow that fragment to define an entire group is a form of prejudicial distortion.