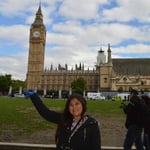 Taylor Lopez is an official CAPA blogger for summer 2015, sharing her story in weekly posts on CAPA World. A communications major with a minor in cyber security at the University of Maryland University College Europe, she is studying abroad in London this summer.

Now that I’m more than halfway finsihed with my study abroad program, I’ve noticed which applications on my phone are most useful and which ones are just taking up valuable space that could be used for pictures. Here are my top five apps that I use if not daily, then at least weekly:

1. TUBE MAP. Before arriving in London, I’d planned out my route from the airport to my flat. Not only did I plan it out, I made sure I had a plan b and c if something were to go wrong. I’m also one of those types of people that won’t leave until I need to. If I can spend a minute looking at a clock rather than be somewhere too early, I will do it. The first time I studied abroad was when I discovered this app. But, the last time I was in England, I was outside the city and would only venture into London every once in awhile on the weekends so I didn’t use it as much. Now that I use the tube every day, I was happy I re-downloaded the app. It saved me from getting lost on the way to the CAPA center the first week and to my internship. It also conveniently tells me exactly when the next train will arrive.

2. CITYMAPPER. This app can be used overseas, but also back home depending on whether your city is included. Public transportation is preferred to driving your own car in many overseas cities, so this app is able to gather up all modes including the bus, tube and train and tell you how long it will take, how much it will cost, and all the different routes to get to your destination. Most of the time I use the tube but sometimes when I know it will be shoulder to shoulder in the stations and on the trains, I will do my very best to avoid that by using this app. Also, the bus system is really great—but very confusing at first—and this app helps me iron out all the questions. Plus, you have to ride the iconic double decker buses at least once while you're in London!

3. WHATSAPP. Funny(ish) story: The first time I studied abroad, I had no idea what this app was. My flatmates at the time were from all over Europe, Asia, Mexico and a few Americans from the east coast. They were all using it. I kept getting asked, “What’s your WhatApp?” and every time I just nodded and asked, “Is that my UK number?” as if tit was some kind of slang I didn’t know. This just so happened to be a lucky, somewhat accurate guess. It was easy sailing until I was caught in some crossfire in our kitchen about the best messaging app and I had to admit I didn’t know what this was. One of my flatmates then proceeded to announce it to the whole world (via Facebook which, let's be honest, is the whole world...) that I was the first person he’d ever met that didn’t know what this app was. Essentially, it’s an online messenger sort of like Facebook messenger, but you can also make online calls and it’s connected to your number instead of your Facebook account. It’s much easier to use with international numbers as well because it’s done over the Internet instead with data. 4. WIFI FASTCONNECT HOTSPOT LOCATOR. If you are like me then you probably live and breathe the Internet and sigh with relief when you see the glowing bat signal that reads “Free Wi-Fi.” Tsk-tsk, I know, but when you’re overseas sometimes it can be a bit hard disconnecting from back home. Luckily for us, we don’t need to wait weeks to receive a telegram via horse or smailmail and can use the Internet to communicate with our loved ones. When I first heard of the Cloud I had no idea what to expect. Once I dug my way through all the technical stuff, I realized essentially it is a Wi-Fi service that can be found all throughout Europe. As long as a business or building offers the service and you’d registered with it then you can use this app to connect quickly. Instead of having to sign in each time, this app will connect you to the closest router within reasonable distance and push the signal to your device. It also will bring up a map of the closest places with the Cloud network. Best of all, it freeee! 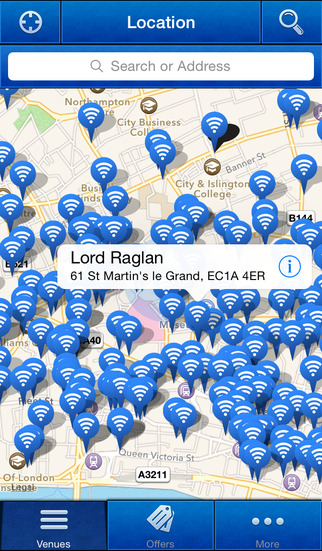 5. INSTAGRAM. Finally, I have to mention one obvious app, because it is my favorite one on my phone. This blog is great way to record my adventures but photos are also great way to capture what you see and do. One of my favorite ways to remember my travels is by taking lots of pictures, picking and editing a few on this app and putting in the location and date of when I was there. It is quick way to send out your photos to friends and family so it’s like they are traveling around with you. My favorite thing about this app is its editing system which is simple but effective. This also a great app for seeing other people’s pictures that can not only give inspiration but can also act as a learning tool for tapping into everything the world has to offer. (PS - Follow CAPA at CAPAStudyAbroad!)