The Before and After Of A Semester Abroad in London

Before she closes out her study abroad experience, Sarah celebrates the changes she's seen in herself and the opportunity to explore London on an intimate level. As she writes her last post for CAPA, she sums up her favorite parts of being abroad, including being close to history, becoming well-versed in navigating London, and traveling independently.

Many thanks to Sarah for sharing and illustrating her life in London with us this spring. Your written and visual stories will be missed! We wish you the best of everything as you enter your next chapter.

It sounds a bit cliché, but it is true that going to study in a different country changes your life in some ways. Although the culture of the UK is not terribly different from that of the United States, there are subtle changes between the people that taught me so much about myself and how I handle change. I have been back in the States for almost a week now, and although I could point out changes in myself before I left, it’s even clearer to me now that I have grown quite a bit from my time away. I also think it will take a little bit of time to adjust back to life at home, and will be a process of getting back into a different pace of life. The only other time in my life I can say has felt similarly with personal change was my first year at college. There are a lot of ways in which these times share a resemblance, like leaving friends and family behind, exploring a new city, and getting used to a new way of learning. In the end, it’s all about being away from home, with different people, a different culture, and figuring out your place in all of it. I promise the rest of this will not be things you could already guess are true about my time abroad.

Much of this new experience was about poking, prodding, and eventually breaking out of the dreaded comfort zone. Mainly, this was in the new amount of alone time I had when I arrived in London. Although I was surrounded by people in the city, I would consider much of my days in the city solitary ones. Aside from class, there wasn’t too much in-person interaction on the weekdays since the bulk of my internship work was done at home for the semester. I found a new joy in hopping on a train and going wherever I wanted in the city, and found it liberating to be on a solo schedule. Of course, I made friends and spent time with them when I could, but the moments of aloneness seem to stand out. They were comfortable, and I came to like myself as a travel companion.

I also found my eating habits changed quite a bit. It is no secret that London is an expensive city to live in, and that is certainly reflected in the food. Per the college experience, I found myself eating less and less fruits and vegetables, and eating more and more pasta, rice, and biscuits by the end of the term, which obviously didn’t make me feel stunningly healthy overall. I also found a bit too much comfort in coffee, which I had previously not been addicted to until now. It seems that instant coffee is much more common in Europe, and boy, did I take advantage of it. As well, the Brits love sweets, and I love sweets, so my affair with sugar must come to an end now that I have a normal life to live with a normal grocery list at home.

There has been a significant increase in my capability to navigate as well. I am notoriously terrible at directions and having zero internal compass, which my friends at home are all too keen on reminding me of on a weekly basis. I seemed to pick up on how the city is laid out very quickly, which may have been due in part to me hanging a map of the Tube above my bed, and/or frequently looking at maps throughout my entire stay. By the end, I seemed to at least look very directionally able, because people began to frequently stop me on the street to ask for directions to various places (all of which I miraculously knew!) I am quite proud of myself. Now I just have to learn a map of Minneapolis, the city I have been living in for three years and have no concept of.

On a social level, I feel that I have become clumsier. Perhaps it was the increased amount of alone time and frequent digestion of dry historical documentaries, or the shift in social atmosphere at school, but I have become terrible at small talk. It’s quite clear that Europeans despise small talk, and avoid it at all costs. I caught on to this perhaps too quickly, and found myself getting quieter and quieter over time, which is strange since I often have trouble shutting up (example: my blog posts). People avoid eye contact and rarely speak on the Tube, and don’t usually go out of their way to be massively friendly in brief social interactions. In the end, it’s all about what different places consider respectful. In this case, it is the sentiment that “I will not inconvenience you by being overly cheerful, and we will be professional throughout this exchange so we can both get our jobs done.” I will say, it takes a little bit of time to get used to, but the silence can be really refreshing in the city.

I almost felt like returning to the States was like a cheery slap in the face, and I wouldn’t be surprised if the American flight attendant on the way home practiced stand-up on the weekends. Not all Brits are this sober, of course, and in my travels, I found that some European people find American friendliness extremely charming and refreshing. I guess it’s just all about balance, because a smile from a stranger is pretty nice from time to time.

Finally, at the risk of going on far too long, my favorite part of being in London was living so close to the settings of my favorite stories in history. Each day gave me a new opportunity to learn something new about the city, and there is just so much to know. I did an immense amount of reading and learning about history, and spent a lot of my free time exploring places where important things happened. My little nerd heart nearly exploded when I got to visit Hampton Court Palace, where Henry VIII and his famous wives lived nearly 500 years ago. It also changes your perspective on land when you know that people have lived on the same plot of land as you for thousands of years.

I find that I do not have the same appreciation for the history of places in the States, since so many of the places are new. My own home state wasn’t established until 1848, and by then, the English had already gone through 60 monarchs. It makes me think about how much history of the land we are missing from the Native American people, and how much more of a connection and respect we might have if we did know. Just something I have been reflecting on.

In the end, I hope to take my new appreciation of places and stories with me as I transition back to being at home. It is still entirely possible I will just remain obsessed with British history forever and dream about visiting more places in the future, but I hope to be more engaged with my surroundings when I assume normal life. I still have yet to see all of my friends, visit my old stomping grounds, and get back to a normal sleeping pattern (whatever that is), but it does feel good to be home. And hey, who knows where I will call home in the future!

Thanks for following me along on my study abroad journey. I hope there were some helpful bits and maybe fun moments to read about, because I certainly enjoyed writing them. Happy traveling, and best of luck on all your study abroad adventures! 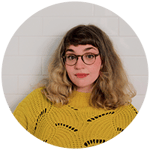 Sarah Mai is an official CAPA blogger for spring 2019, sharing her story in weekly posts on CAPA World. An English and Art major at University of Minnesota, Twin Cities, she is studying abroad in London this semester.