Have you heard that we’ve launched a brand new study abroad program with London’s Queen Mary University this year?

CAPA students can now directly enroll at Queen Mary during spring and fall terms to experience one of the world’s most exhilarating global cities from the comfort and familiarity of a traditional campus environment. Sign up and you’ll live, study, and enjoy London just like a local, surrounded by students from an incredible range of nationalities, and plenty of support from both Queen Mary and CAPA. 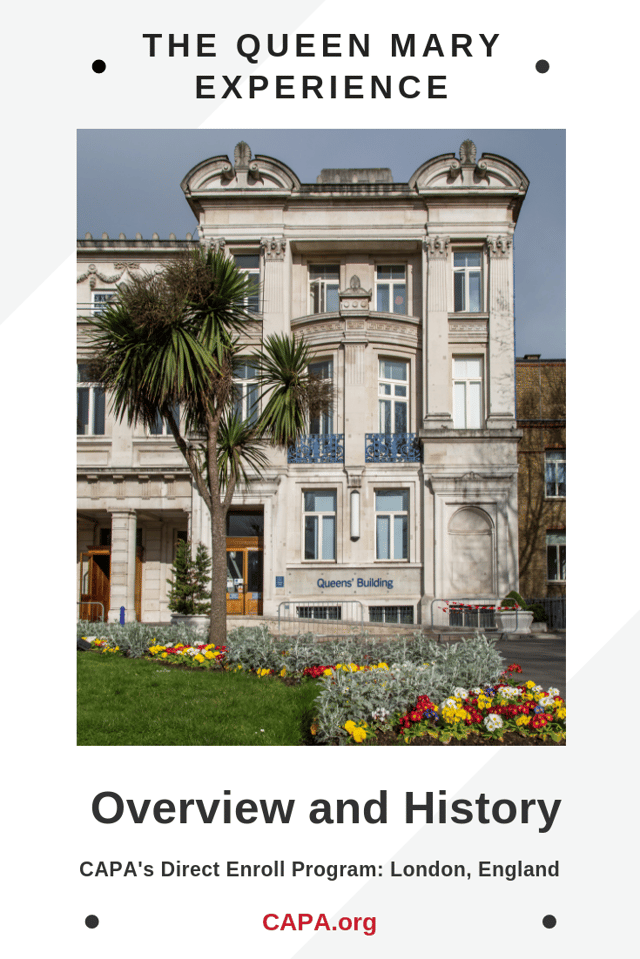 Read on for an overview of the experience you could expect when you study on the CAPA Queen Mary program, from the academics to the campus life and the local area, and a bit about the history of the university, which traces its roots all the way back to 1887.

The Queen Mary Experience: An Overview

Queen Mary University is a vibrant place to study abroad, a dynamic and ambitious institution, and one that is impressively diverse. They’ve been welcoming study abroad students for more than 30 years and have a program well-refined by experience.

You’ll find yourself surrounded by about 26,000 other inquisitive and high achieving students from more than 160 nationalities, with opportunities to make friends from across the globe. That makes it one of the most diverse universities in the world, within one of the most diverse cities in the world. There is no doubt your experience here will be enriching and memorable.

It’s a stimulating, inspiring, forward-thinking, and supportive campus environment where you’ll have guidance from around 4,500 dedicated members of staff and you’ll be taught by world-leading academics. 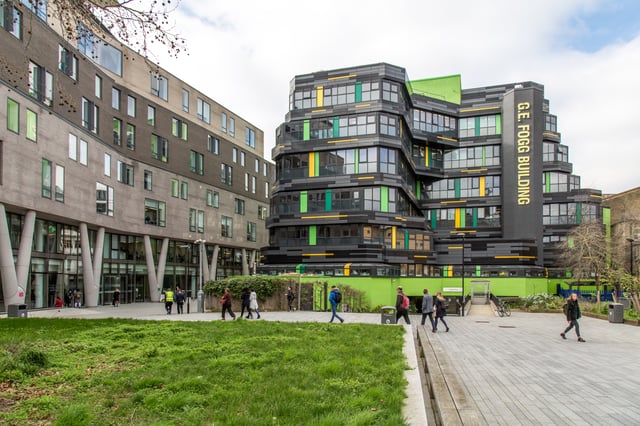 Queen Mary has five campuses across London and several sites abroad, but as a CAPA student, you’ll live and study on the main campus in East London’s Mile End. You’ll be guaranteed housing—a single ensuite room—in the student residences there. 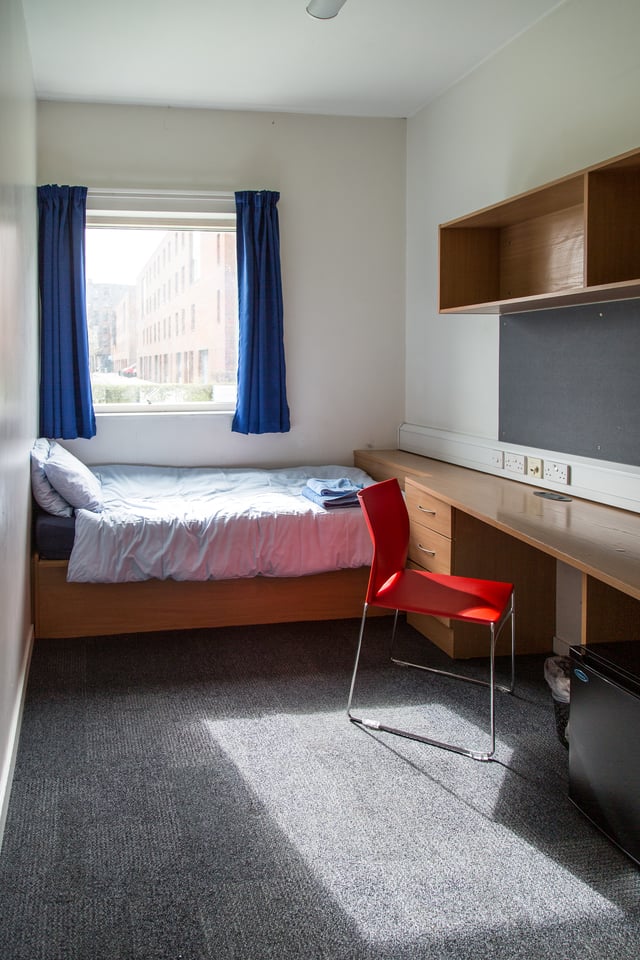 East London is now one of the most urban, trendy, and progressive areas of the Capital. There are independent cafes and restaurants that cater to all budgets, colorful walls that have become canvases for street art, vintage shops, theaters, art galleries, some of the city’s best markets, and inviting green spaces.

While the city beyond the campus gates is full of exciting adventures waiting to be had, the campus itself is peaceful and you’ll have the same sense of safety and security you’re used to at your own university back home.

Much of the campus is very modern and has won awards for its architecture. There’s also rich history here. Within the campus grounds, you’ll often walk past a Spanish and Portuguese Jewish burial ground which dates back to 1733. This is called the Novo Cemetery. The main building is a Grade II listed Victorian structure called the Queens’ Building, which was where the original university was founded. The campus overlooks the 90-acre Mile End Park, which has cycling pathways, a terraced garden, ecology and arts spaces, and sports facilities. Running along the campus edge, past the student housing, is a section of the Regent’s Canal, which you can follow south to the Limehouse Basin and the River Thames, or west across the north of the Central London to Paddington, where it meets the Grand Union Canal.

Hop on the Tube a five-minute walk from campus and you’ll reach the Tower of London in less than 15 minutes and the rest of touristy Central London spread out before you from there. 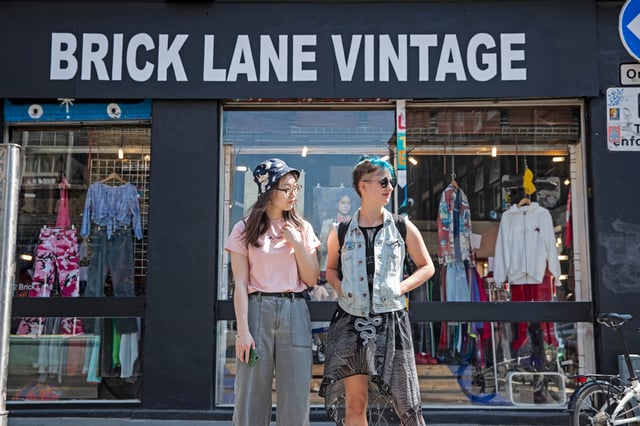 When it comes to classes, you’ll be fully integrated with the full degree students, both local and international. You’ll have a huge range of classes to choose from in subjects as varied as global health, economics and finance, and English and drama.

Queen Mary is a research-intensive university and was ranked fifth in the UK for the quality of their research outputs. They’re also a member of the prestigious Russell Group, which is comparable to the US Ivy League.

There’s a very active student union on campus, which was voted one of the best in the UK, and over 100 clubs and societies you’re welcome to join. You’ll easily find something relevant to your interests, whether that’s the debate, yoga, Harry Potter, the American society, fencing, the elite athlete program or one of many others.

Queen Mary also has a popular buddy system program for study abroad students, so you’ll have another student to connect with before you even arrive. 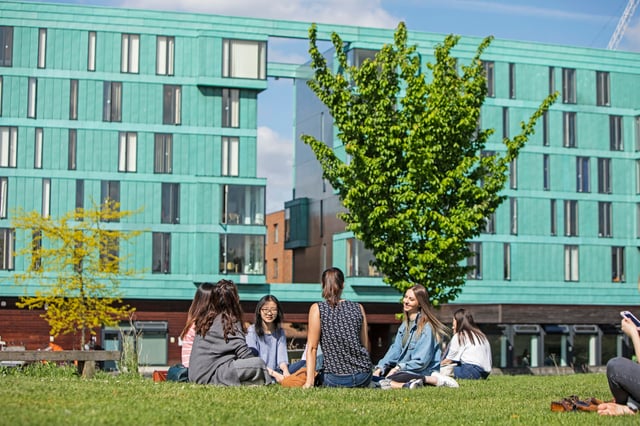 Although you’ll officially be a student at Queen Mary and have all of the benefits and inclusions that the university provides, you’ll also officially still be a CAPA student.

It also means you’ll be welcome to participate in CAPA’s My Global City events calendar where you’ll find a wide range of weekly CAPA-led and self-led activities that will give you opportunities to explore London and attend social events. There will also be several volunteering opportunities to consider. 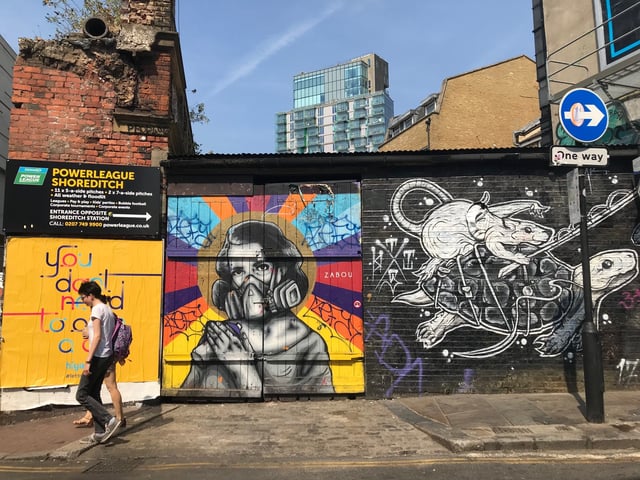 Queen Mary can trace its roots all the way back to 1887, when a philanthropic organization called the People’s Palace was established in what is now Queens’ Building (pictured below). Their mission was to bring culture, recreation, and education to London’s East End. Inside the palace, concerts took place, there were swimming baths, free talks, a library, and a glass-enclosed Winter Garden that the local community enjoyed.

The People’s Palace opened technical schools to train tradespeople in key local industries like dairying and science. Students excelled there and looked for opportunities to further their academic pursuits. Teaching of the sciences expanded and arts and humanities were added. In 1915, thanks to their academic excellence, the school was admitted to the University of London under the new name East London College.

By the 1930s, their reputation was booming and students were coming from across Britain and abroad to study. Queen Mary of Teck awarded East London College its own Royal Charter. The name changed again, to Queen Mary College. Teaching expanded, research opportunities, the campus, partnerships, and awards all came into focus.

Now called Queen Mary University of London, the school is spread across three faculties: Humanities and Social Sciences; Science and Engineering; and Barts and The London School of Medicine and Dentistry. 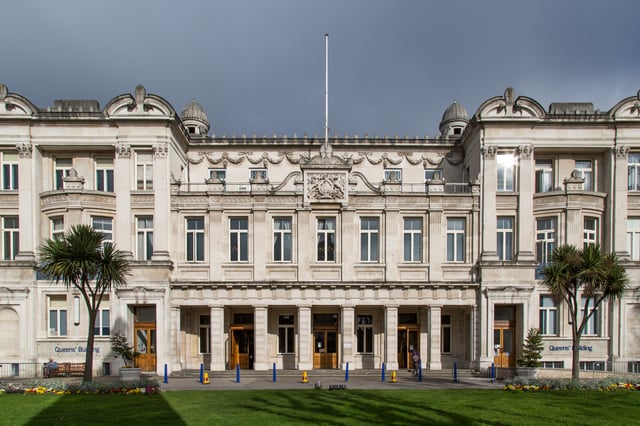 Wonder who walked the halls before you? Among the long list of impressive Queen Mary alumni, you’ll find 8 Nobel Prize winners, novelists like JG Ballard, philanthropists like Dr Thomas Barnardo, NASA Senior Research Fellow Professor Michael Russell, successful businessmen and businesswomen, and many others who have made an impact in the fields of science and technology, as entertainers, surgeons and dentists, and academics.