Have you heard that we’ve launched a brand new study abroad program with Barcelona’s Universitat Pompeu Fabra (UPF) this year?

CAPA students can now directly enroll at UPF during spring, summer, and fall terms for a truly international experience. Sign up and you’ll live, learn, and enjoy Barcelona just like a local, surrounded by students and faculty from an incredible mix of nationalities. 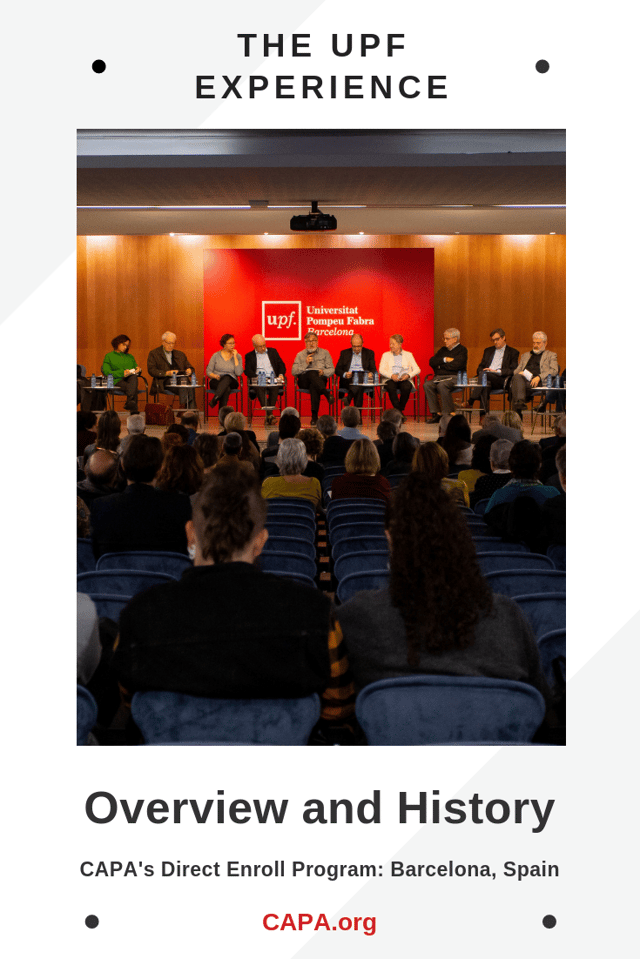 Read on for an overview of the experience you could expect when you study on the CAPA UPF program, from the academics to the campus life and the local area, and a bit about the history of the university, which was established in 1990.

The UPF Barcelona Experience: An Overview

That means you can expect to be among some of the brightest students in a vigorous and fast-paced academic environment with top-notch professors leading the way, and an emphasis on research.

UPF is, uniquely, a trilingual university where classes are taught in Spanish, Catalan, and English, so you’ll be able to give your language skills a boost. It also means that if you only speak English, you’ll still be able to have a successful academic experience, choosing classes taught in your native language.

You’ll be fully integrated into university life, along with about 9,000 other students from across the globe. UPF is a cosmopolitan university that is rooted to the Barcelona soil, but feels profoundly global; 20% of teaching staff were born abroad, 43% have taught internationally, and about 1,500 students will be there to study abroad, just like you.

UPF welcomes slightly more advanced study abroad students than other universities, so you should be a junior or senior at the time you apply for the program. 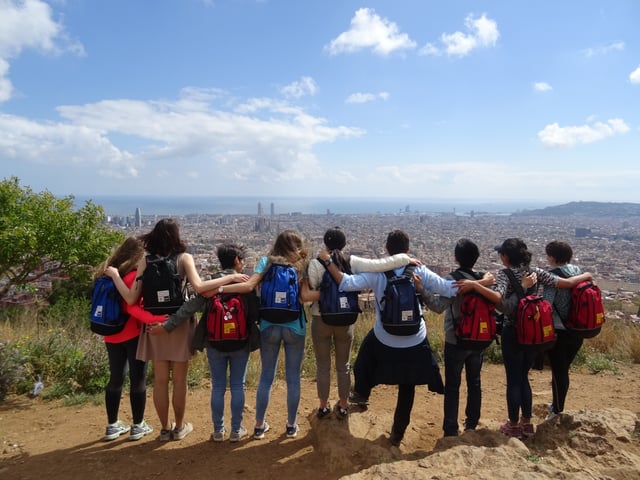 UPF has three campuses, in the areas of Ciutadella (Social Sciences and Humanities), Poblenou (ITC and Communication Sciences), and Mar (Health and Life Sciences).

Most CAPA UPF students will study on the main campus, in Ciutadella. There, you’ll have classes, sports facilities, student associations, social activities, and other resources.

The Ciutadella campus is very central and is in one of the city’s oldest neighborhoods, right near the Gothic Quarter. It’s also just a short stroll away from the vibrant area of El Raval, with its art galleries and famous La Boqueria market, Poble Sec’s old-school playhouses and charming cafes, and La Barceloneta which is lined with sandy beaches.

Being a student on an authentically urban campus in the center of Barcelona means you’ll have a true sense of independence and you’ll be able to engage with the city lifestyle that comes with the location: the music, the sea, the tapas, the art scene, architecture, sports, and theater performances.

True to the urban university lifestyle, UPF doesn’t have on-campus residences; instead, you’ll be living within commuting distance in a shared apartment with other CAPA students, or you can opt for a homestay with a family if you’re looking for a closer connection to the local culture. 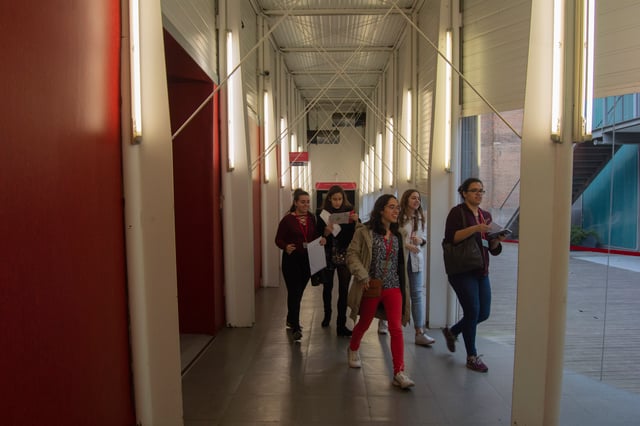 You’ll have access to the same classes as full degree students. The selection of English language courses is wide-ranging and includes subjects like Hispanic and European Studies, International Business, Engineering, Global Studies, Bio-Medical Sciences, Law (fun fact: UPF has the highest ranked law school in Europe), and many others. There’s also an option to engage in independent research and, if your Spanish or Catalan proficiency is at a high enough level, you’ll have additional courses available that are taught in those languages.

During orientation, you’ll learn about volunteering opportunities and activities that you can participate in which will help you get to know Barcelona. There’s about 40 clubs and societies to join, from the International Student Association, to debating societies, to sports clubs, to a local chapter of Amnesty International. You’ll also be welcome to join in on a highly recommended linguistic exchange program that will help you improve your Spanish or Catalan skills. 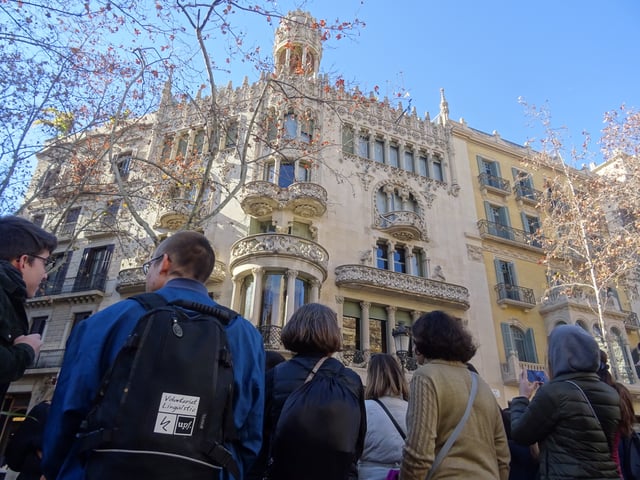 Although you’ll officially be a student at UPF Barcelona and have all of the benefits and inclusions that the university provides, you’ll also officially still be a CAPA student.

You’ll also be welcome to participate in CAPA Barcelona’s My Global City events calendar where you’ll find a wide range of weekly CAPA-led and self-led activities that will give you opportunities to explore the city and beyond. There will also be several social events and volunteering opportunities to consider. 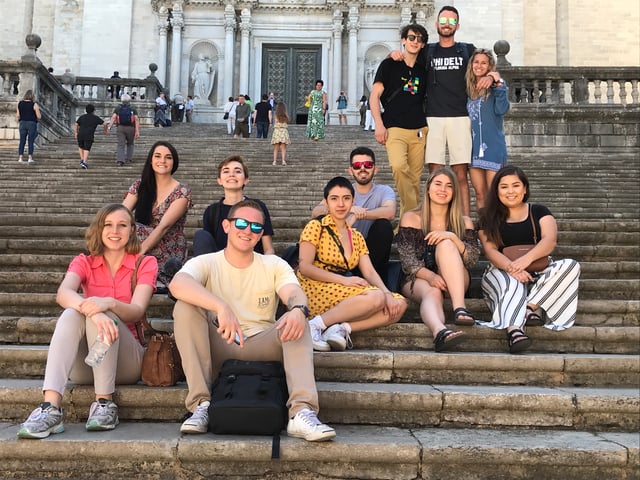 Built on the principles of freedom, democracy, justice, equality, independence, and plurality, UPF Barcelona is a young, but highly accomplished, university. It was created by the Catalan Parliament in 1990 and opened its doors to its first 300 students the same year.

UPF was named after linguist Pompeu Fabra, who studied Catalan and laid down the standards of the modern Catalan language. He is most famous for his publication of the Diccionari general de la llengua catalana (General Dictionary of the Catalan Language) in 1932.

The university was structured into seven schools, a Polytechnic School and eight departments. More recently, the UPF Research Park was developed to coordinate activity in the health and life sciences fields at its Ciutadella and Poblenou campuses with the Barcelona Biomedical Research Park on the Mar campus.

In 2010, the Spanish Ministry of Education designated UPF as an “International Excellence Campus”.

Wondering who walked the halls before you? Among the long list of UPF alumni you’ll find Pol Antrás (economist and professor at Harvard); filmmaker Lydia Zimmermann; and journalist, photographer and filmmaker Gloria Aura Bortolini; as well as many others who have made an impact in the fields of journalism, politics, cinema, philosophy, and more.