The Last Summer Days in London

In this week's post, her second to last, Joyce talks about her last few days in London, including a CAPA departure event and, importantly - packing!

I can’t believe that my six-week internship with CAPA is already over! It has been an incredible experience and I cannot thank CAPA enough for providing me with the opportunity.

CAPA organized a farewell dinner for the students. Though I was exhausted from internship, I won’t say no to great company and a last chance to see everyone together. They picked a beautiful spot! Right off the Blackfriars Bridge is a restaurant called Doggett’s. 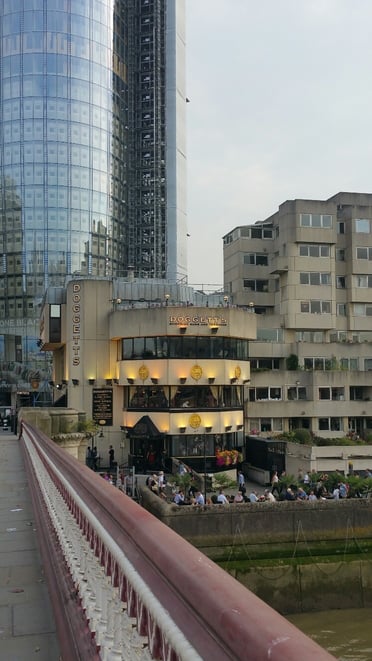 Yes, CAPA booked that rooftop section for us. Needless to say, the view was amazing. 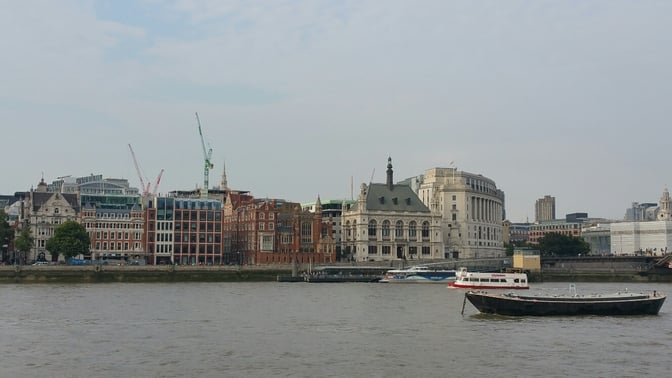 I am grateful to have met other students from CAPA from all over the US. Where else would I, a first generation east Asian immigrant Canadian studying in the US, have come across enlightening conversations with American students from down south or from the Midwest? 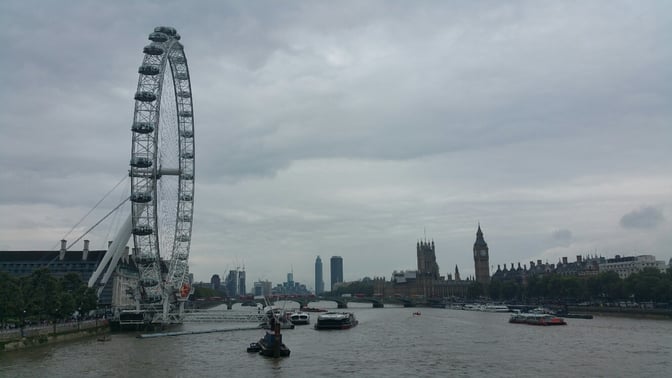 I spent my last day in London cruising through the Westminster area. How would I leave London without saying goodbye to Big Ben and the London Eye? It was a gloomy day but I guess it represents the typical weather well. I walked around the area and collected all my thoughts on all the things I learned while studying abroad.

Then came the dreaded part of packing to return to the US. Though this CAPA program was six weeks long, I left the US three months ago and travelled to a total of seven countries and 14 cities in various parts of Europe and East Asia. All I had was one suitcase, a small backpack, and a large handbag. I have gotten rid of some stuff on the way, which made it easier to move along. Six weeks in London went by quickly and the European fashion was a much better fit for my petite frame. I picked up some stuff on the way. I pulled out my suitcase early in the week but every time I looked at it, it would overwhelm me. I waited and waited until I could no longer procrastinate.

Things I didn’t bring back:

This may differ by airline, but my airline charged £50 for anything more than 23kg but that will allow you to stuff your bags up to 32kg. That was £50 not $50. All the things I listed would have been worth less than £50. Also, the thought of having to drag that suitcase through tube stations brought me nightmares. Everything I brought back better have been worthwhile. I tried to keep my suitcase as light as possible. I purchased a digital luggage scale for £4 from Primark. It may not be as exact as the scale at the airport but at least it gives me an idea.

I thought I was well-prepared for my trip to the airport. I even went to check out a station that I knew had lifts the day before so I wouldn't have to drag my suitcase up or down the stairs at any of the older tube stations. Good thing my flatmate was attentive the evening before my flight. There were closures on the line I anticipated using! I ended up having to carry my stuff up and down the stairs anyways, but at least I left earlier enough to make time for my slow trip.

My suitcase ended up being 2kg too heavy, so I had to reshuffle some things. I managed to pull out some electronics and stuff them in my carry-on backpack. My carry-on bags were already pretty full, but then they were packed to the maximum to the point I worried about the zippers and straps snapping before I landed. There was nothing else I wanted to throw out. It was too warm for boots and a jacket that day, but I was already at the airport. I swapped my comfortable traveling Toms for a pair of boots, pulled out my rain jacket to wear on the plane to lighten my load and off I went.