The Places We Go, The Things We Learn: Reflecting on Shanghai My Global City Events

In this week's post, Imani visits the World Expo Museum and Shanghai Urban Planning Exhibition Center as part of CAPA Shanghai's My Global City events for students. She shares her latest insights on structures around the world and in Shanghai, as well as how urbanization and westernization has made its impact in China. 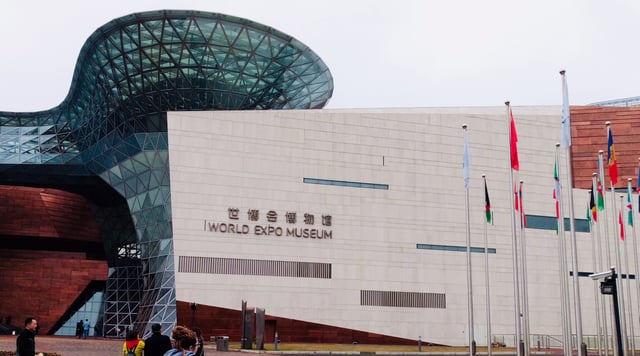 Seeing the World Expo Museum for the first time. I was surprised and very excited to go inside.

The way the museum was laid out chronologically was also very engaging. In the beginning, it started with the first building created for the World Expo—the Crystal Palace, built in London. There was a small replica of the whole building which, in my opinion, wasn’t very artistic being that it was meant to showcase artistic pieces as well as raw products, manufactured products, and machinery. However, the building was enormous. I can see how they could exhibit 100,000 objects. Unfortunately, it was burned down and is no longer there. The next buildings built for the World Expo were in Paris. Everything built for the Expo was to showcase industry and promote industrialization. There are so many monuments and buildings that were built for different World Expos over the past 150 years that I didn’t know were for the World Expo. Did you know many world renown tourist spots such as the Eiffel Tower and the Seattle Space Needle were originally built for the World Expo over the years? Unfortunately, a lot of these monuments and buildings were torn down and no longer in these cities.

It’s nice to see a physical representation of home while in a foreign country.

I have a new anthropological understanding of art and structures because of this My Global City event. It’s not just about beauty; it is how the artist created their piece and with specific materials. I thought it was interesting that the purpose of the 1939 New York Structure was to present a clear view of today to prepare for the new tomorrow. In other words, it creatively displays the use of old materials to build new things. 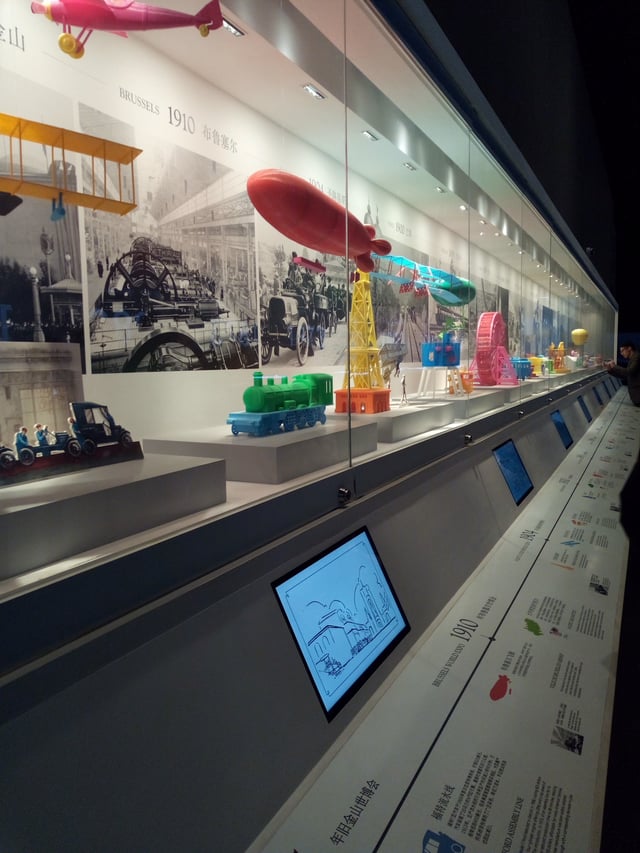 Old inventions chronologically spread along the width while illuminating half of the room.

I also learned about horticulture and agricultural world expos. They are extremely beautiful. The timeline of first-time inventions was very straightforward and comprehensible. I really enjoyed it. There were a lot of historical items given to Shanghai to show in the museum. One of those historical items was a replica of “Lucy”, the first known human woman on earth. Found in Ethiopia, her bones are said to be 3,200,000 years old. Looking at the replica, I wondered how scientists were able to tell that she had given birth by her bone structure. Everything in that museum was fascinating. I enjoyed myself a lot despite the heat. With each floor came 10 more degrees Fahrenheit. 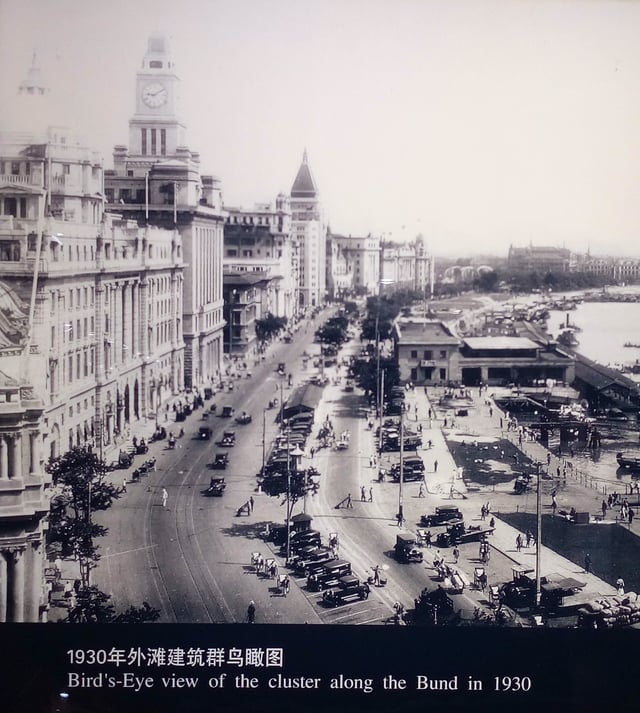 It was surprising to see how fast Shanghai became westernized and urbanized.

Compared to the World Expo Museum, there wasn’t as much to see at the Shanghai Urban Planning Exhibition Center. It was interesting to see the history of the Bund. It was surprising how quickly it changed and became westernized. I was told that the Old Chinese City rejected the foreigners, so foreigners surrounded them with westernization quite literally. The amount of western buildings gradually increased by the decade. We learned also about government buildings, who occupied them, and why they were built. My favorite part of the museum was seeing the scale model of Shanghai. Although it didn’t display the outer districts and airports, it was huge. I wonder how many years it took people to complete it. Standing on the platform looking over the whole city, Colin, Resident Director of CAPA's Shanghai Center, told us about the differences between Pudong and Puxi districts. He talked about the spaciousness of Pudong compared to Puxi and how there were a lot more vendors/mom-and-pop businesses in Puxi compared to Pudong. The Exhibition Center was interesting in the sense that I could see the urbanization plans for the future. With my experience as an American, I don’t see our government planning for urbanization with such intensity; the reason being that the US is more urbanized than China. By the end of 2017 about 58% of China’s total population live in urban areas. In the US, 81% of the total population lived in urban areas by 2015. 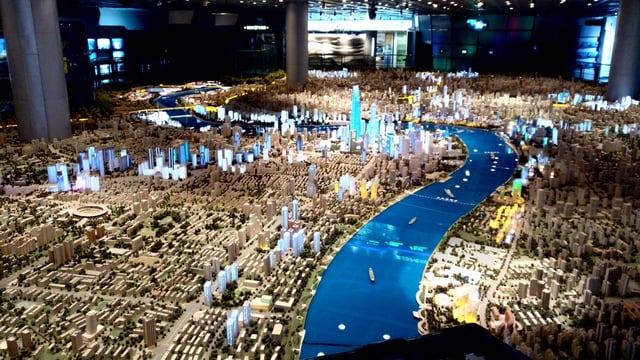 This picture doesn’t do the model justice. The scale of it all had me shook.

Overall, the My Global City events are very educational. I appreciate it when Colin brings up very thought-provoking questions. For example, when we went to the Shipyard in Pudong, Colin asked whether the new artistic and very expensive site will be a success. There, we saw plenty of expensive restaurants, an art exhibit, and an Italian furniture store. To this day I don’t understand the purpose and the prices of services provided inside. The My Global City events are definitely worth it, especially since they are already paid for. It's also nice to spend time with people in the program.