The Power of Environmental Activism to Restore our Earth

As we mark this year's Earth Day, we welcome Dr. Julia Miller, environmental historian and Academic Director of CAPA Sydney, to pen her thoughts on the impacts of bushfires in Australia and how collective environmental activism is the answer. She provides various steps we can take to sustain our environment and climate.

If there is one image that sticks with me from Australia’s Black Summer of unprecedented and catastrophic bushfires, it is of a woman removing her shirt to wrap it around a screaming, half incinerated koala as she plucks it from a smoldering gum tree in the blackened remains of bushland near Long Flat on the New South Wales North Coast.

The other is of our Australian Prime Minister, Scott Morrison, awkwardly grabbing a woman’s hand to shake it during a tour of the burned out New South Wales town of Cobargo, as she lambasts him for the climate crisis catapulting large swathes of Australia into a bushfire crisis. 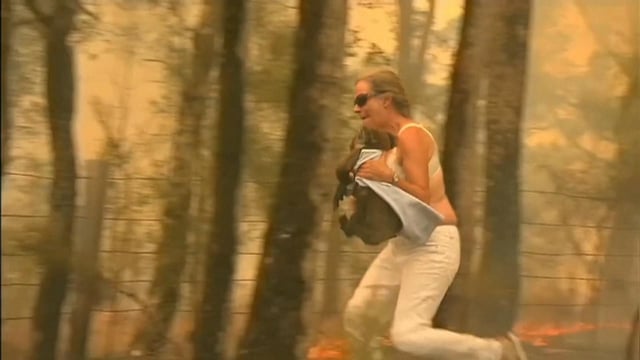 Toni Doherty wraps her shirt around a badly burned koala as she runs with it from a bushfire near Long Flat on the New South Wales North Coast.

The first image speaks to me of an individual taking direct action—in this case to help an animal in pain, whose entire species is under threat, due to the impact of rising temperatures, increased intensity of wildfire, and the subsequent loss of habitat associated with human-induced climate change. The second illustrates the hapless politician—unable to smooth over the loss and suffering of a town with a prime ministerial public relations visit—confronting the anger of those left homeless on New Year’s Eve 2019 and mourning the loss of a father and son killed defending their property.

These examples demonstrate the essential ingredients of environmental activism that Earth Day on April 22 seeks to invigorate: direct action by the individual and collective lobbying. Since its inception in 1970, to mark the beginning of the modern environmental movement in the United States, Earth Day has become a global phenomenon. The theme of Earth Day 2021 is Restore Our Earth.

From April 20-22 global summits seek to raise awareness, educate, and inspire individual and collective action. Starting with the youth summit on April 20 this digital event will examine climate and environmental justice, connecting the climate crisis to issues of pollution, poverty, police brutality, and the pandemic, all within a racial justice framework. On April 21 the “Teach for the Planet: Global Education Summit” will highlight the transformative power of climate education. On Earth Day, April 22, a live digital event beginning at 12:00 PM EST will focus on the theme Restore Our Earth with workshops, panel discussions, and special performances.

Here in Sydney, there is an event aimed at limiting plastic pollution. “It Doesn’t Cost the Earth—reducing waste in the kitchen” is an example of how an individual can take direct action to restore the Earth—in this case by reducing the consumption of single use plastics in their home. To find an Earth Day event near you, visit this website.

As the global COVID-19 pandemic has turned many of us into homebodies, restricted to our local area, so have we recognized the power of the individual and small groups to take direct action to improve our own backyards. Take, for example, plogging. Australians are encouraged to pick up waste as part of their daily exercise—that is when they are out for a walk or a jog. This is because plastic pollution is clogging our waterways, littering our beaches, and ending up in the guts of our wildlife. In New South Wales, residents produce around 1.1 million tons of plastic waste annually, mainly from household items and packaging.

Of course it would make sense if we were to reduce the production of that waste in the first place. In an example of collective action, The Responsible Cafes Initiative is doing just that—taking the Australian obsession with coffee and limiting its impact on pollution from takeaway coffee cups. It’s estimated that Australians use 113 takeaway coffee cups every 4 seconds and most end up in landfill—about 1 billion of them annually—or in the oceans. To counter this Responsible Cafes encourage the use of reusable cups, many offering a discount if you bring your own. It’s an initiative that has gained ground in Australia—getting your caffeine fix while being environmentally responsible.

The importance of individual direct and collective action should not be underestimated. Nor should the value of environmental education as this year’s Earth Day highlights. Australia is the continent of drought and flooding rains because its climate is dominated by El Niño Southern Oscillation (or ENSO). Rising temperatures, driven by climate change, are prolonging droughts making life difficult for farmers as well as those of us living in cities and regional towns.

Australia’s Black Summer in 2019/20 came after Australia’s warmest and driest year on record. The bushfires of that summer burned through an area the size of the United Kingdom. More than 3,000 homes were destroyed, whole towns incinerated, 34 people died including several volunteer firefighters, and the toll on wildlife and biodiversity was still being measured more than a year later.

This past summer was cool and wet due to the influence of La Niña which in Australia brings above average rainfall. At first it felt like a reprieve from the increasingly hot summers. Even if grey skies and wet weather is not conducive to hitting the beach, it is better than bushfire smoke so thick that the brown haze obscures landmarks such as the Sydney Opera. Around 80 percent of Australians were subjected to bushfire smoke during the Black Summer. Deaths due to smoke inhalation were estimated at 450 people.

But climate change is tampering with La Niña as well. Australia is recording more extreme weather events including high intensity rainfall. The abundant rain along the East Coast as summer came to a close this year brought with it widespread flooding and destruction. As the University of Sydney’s Tom Hubble has argued, Australia’s natural cycles of drought and flood are being amplified and accelerated by climate change. In short, dry periods are getting drier and wet periods are getting wetter. But in addition, high intensity rainfall events, as experienced in March this year, are becoming more common. Sydney’s Hawkesbury/Nepean river system peaked at 12.9 meters. Areas along this river system were isolated and water flowed into houses as well as businesses and drowned farms and animals. Tens of thousands of Western Sydney residents were ordered to evacuate but some left it too late or were unable to do so alone and had to be rescued by boat or helicopter from the rooves of their houses. 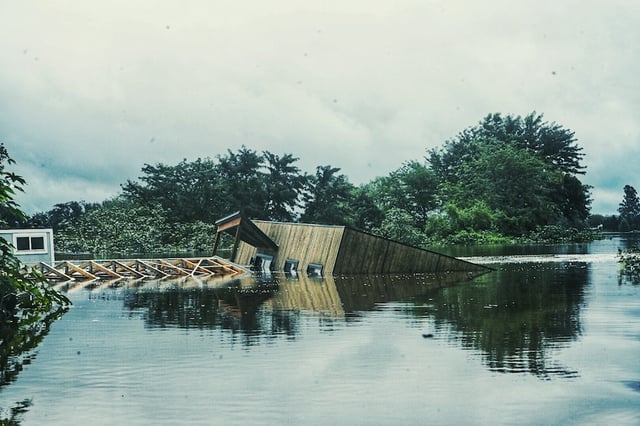 Homes under water at the town of Windsor northwest of Sydney as the Hawkesbury/Nepean river system peaks at 12.9 meters during the March 2021 floods.

In a nation such as Australia, where the cost of “natural” disasters is accelerating in terms of the loss of habitat, biodiversity, productivity and rising insurance premiums, communities are becoming more insistent on effective measures to mitigate human-induced climate change.

With our Federal Government under the influence of a conservative faction that serves the interests of the coal lobby the inaction on climate change is costing the community dearly. Australia is a coal-exporting nation that benefits from other nations’ carbon emissions. Yet, in recent years, industry is not prepared to back coal as an energy source in the long term. The push for renewables is gathering momentum and government, a laggard on the climate change policy front, is being dragged reluctantly along.

For this we have the power of collective action to thank. The Cobargo town residents who gave the Prime Minister a hostile reception after the incineration of their town drew a direct link between their plight as bushfire victims and the inaction of government on climate change. They were angry, not just because they had lost everything, but also because the horrific bushfires had been predicted by fire experts and the government had failed to listen. They were determined the nation’s leader be brought to account, if only for an hour, on the burnt out remains of their town.

Such events focus us on the need for immediate collective action. So too does Earth Day remind us of our responsibilities as individuals to take direct action to restore our earth by small acts, by behavioural change and by educating others, as well as ourselves, about the needs of the planet.

Dr. Julia Miller is an environmental historian, teacher and administrator in the field of tertiary education. As an environmental historian Dr. Miller connects ideas about climate, historically, with current attitudes on climate change. Her latest research output, La Niña and the Making of Climate Optimism: Remembering Rain, was published by Palgrave Macmillan in 2019. https://www.palgrave.com/gp/book/9783319761404

Dr. Miller teaches in the fields of Australian history, Global history and environmental studies. She taught for Macquarie University in Sydney for many years and now teaches courses for CAPA the Global Education Network where she is the Resident Director, Academics, in Sydney.