The Sweet Side of Sydney

In this week's post, Colin talks about his mission to satisfy his sweet tooth, Sydney style.

I’ve gained so much from my time abroad thus far. I’ve gained quite a few new friendships. I’ve gained heaps of independence and confidence. I’ve gained a better understanding of both American and Australian culture. Aaand, I’ve gained a bit of weight. Anyone who knows me well knows I have an enormous sweet tooth that I enjoy satisfying on the regular. Fortunately, the sweet side of Sydney is alive and well and able to do just that. 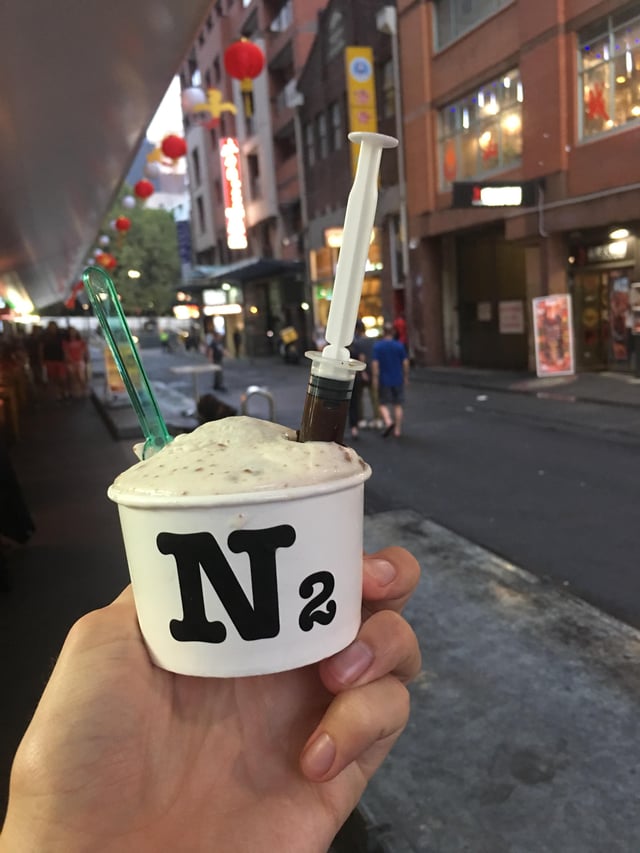 When I sit down to write each week, I take a moment to scroll through my camera roll, seeking inspiration for something new to share. This week, I noticed an overwhelming majority of dessert photos scattered among the thumbnail squares of screenshots, selfies, and scenery. They’re the type of photos I gaze at for at least five minutes, catch myself in a trance, then swipe to the next one, at which I gaze for at least another five.

Since I’ve spent a fair amount of time surveying the dessert scene around the neighborhoods of Sydney, I thought I’d take this post to invite you in on my indulgences so you’re in the know, should you find yourself searching for a sweet in the land down under. 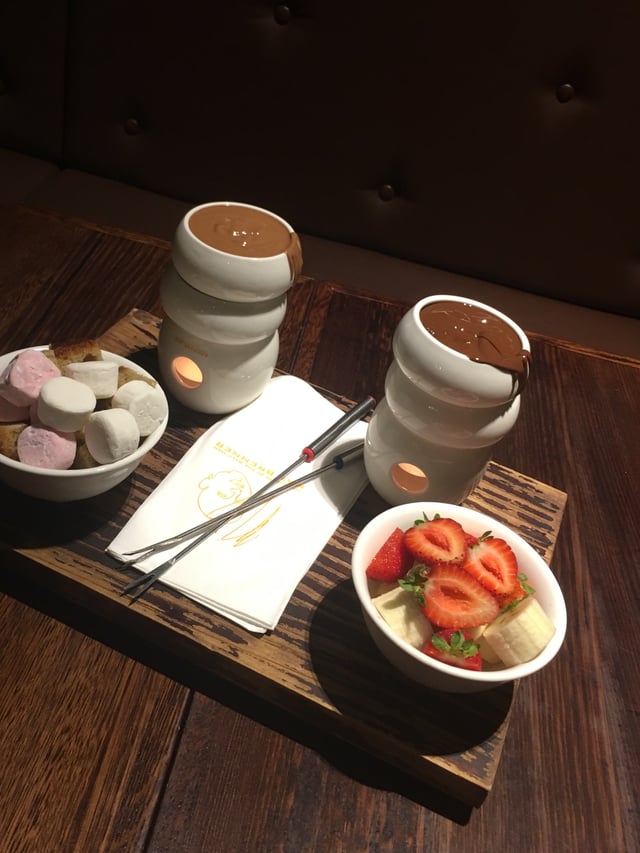 If an establishment with the words “Chocolate Bar” in its name doesn’t make you start salivating on the spot, you should probably cut your losses and skip to the end of this post right now. For my fellow chocolate lovers, this is the place to cure any type of cocoa-induced craving. I am truly blessed that of the 17 Max Brenner’s in the entire state of New South Wales, two are located within a five-minute walk of our apartments at Urbanest. I shared the heavenly Fondue for Two with my friend after a night of studying (that’s my kind of motivation). It came complete with milk and dark chocolate, strawberries, bananas, marshmallows, and banana bread all presented beautifully in porcelain tableware. We finished our fondue and decided it wasn’t quite enough, so went for round two and sipped on a decadent Cappuccino served in a Kangaroo mug, aptly named for its pouch to hold chocolate wafers which melt as its heated by the espresso. It was the perfect way to end a long Wednesday. 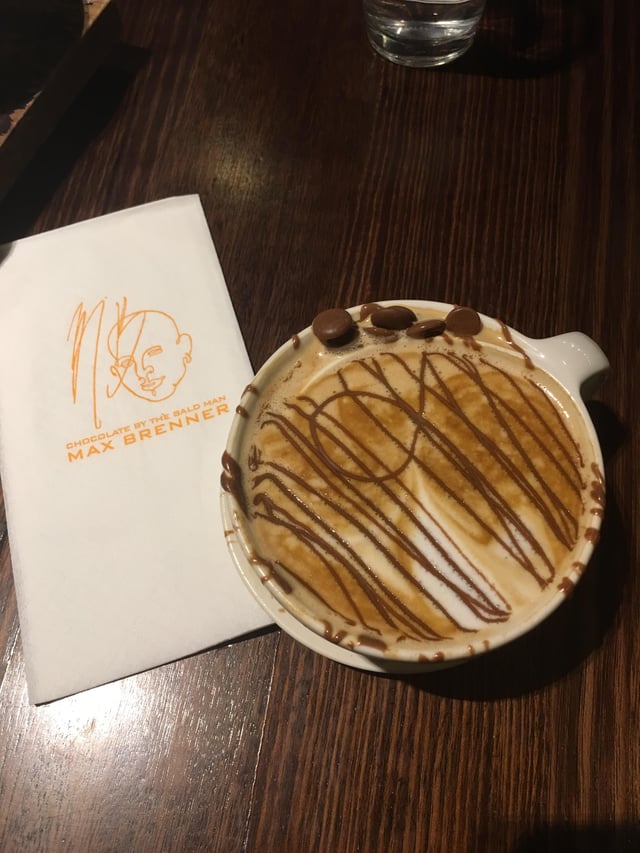 You’ll be hard pressed to find any kind of ice cream stand around the streets of Sydney. Luckily, there’s no shortage of gelato cafés, and trust me, you won’t miss the Hershey’s from back home once you’ve had this! The uniqueness of N2 is in the name; N2 standing for Nitrogen, because each order is frozen on the spot with liquid nitrogen. A total sensory experience, your taste buds and eyes are dazzled as your order gets whipped up before your eyes. I had the Tim Tam gelato, complete with a shot of hot fudge; what could be more Australian?! 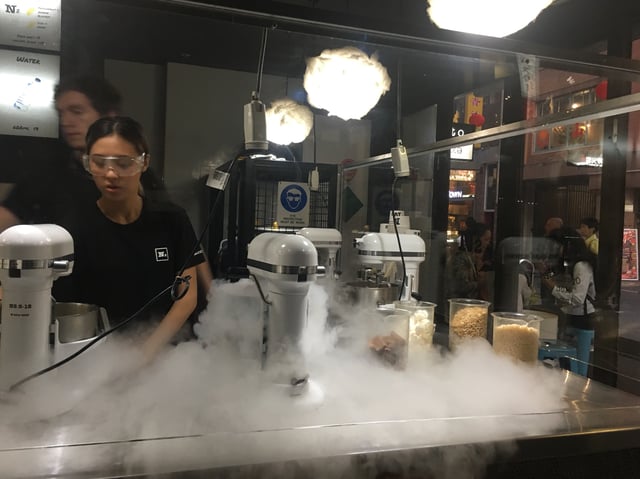 I’m sure there’s a story behind the name of this gelato place, too, but I crafted my own instead. This place, a convenient 5-minute walk from my bed to the doors, is where I go when anita sweet treat fast. (Get it?) They offer endless free samples, but I’ve gone enough times that I’ve gotten almost every flavor in the regular serving size. Their best seller, Cookieman, features huge chunks of various cookies and comes drizzled with a warm Nutella topping. Another great place to grab a sugary bite after hitting the books. 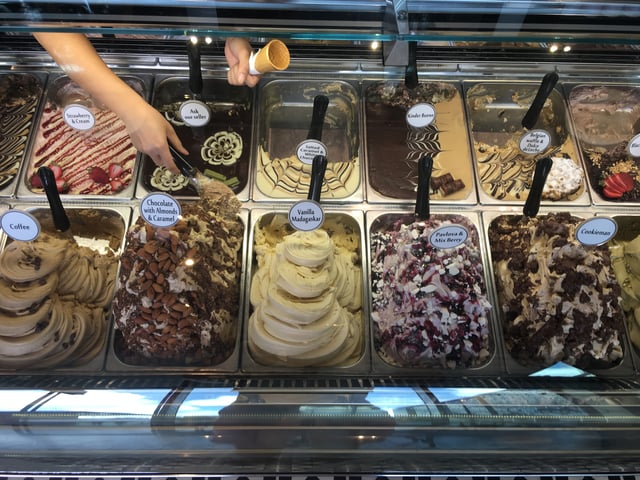 For nights when you’re looking for a change of scenery, take the train to Town Hall and stop by The Choc Pot in Regent Place. The menu, while limited, takes at least 20 minutes to review to ensure you’re making the right decision. They all sounded so tempting that we agreed upon a second visit before placing our orders. I got the Mr. Souff chocolate caramel soufflé, but dug in before snapping a picture, so enjoy this equally pleasing photograph of my friend’s Hot Fudge Brownie Sundae. You’ll have to roll yourself back onto the train, but it’s worth it! 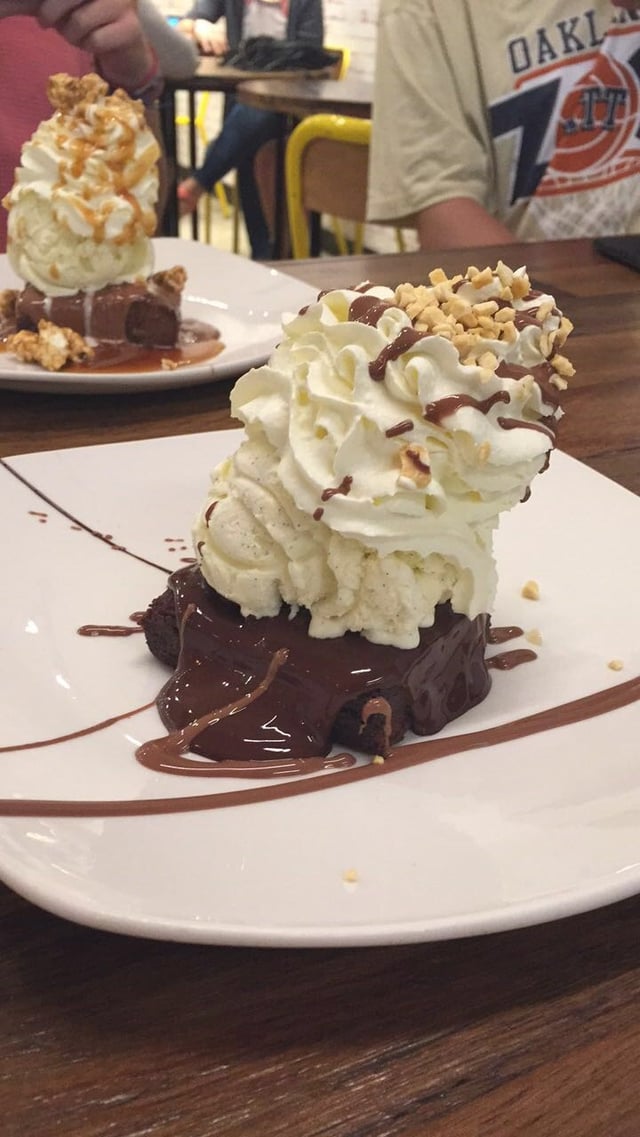 There’s plenty of places to grab a donut around town, but the combination of the deal and distance places this at the top of my donut list. My Donut Box serves up gourmet donuts and cronuts (croissant donuts) throughout the day, but I like to take a five-minute stroll to the Broadway Mall at night for their 6 for $10 special. There’s still plenty of variety left and they’re still just as light and fluffy as they would’ve been an hour earlier. If anything, grabbing them at such a steal makes them even sweeter!

I promise I’ve been eating plenty of fruits, vegetables, and lean meats during dinnertime, but with this incredible selection of sweet eateries around, it’s difficult not to indulge on dessert. My mom mentioned she’d made homemade donuts with chocolate drizzle during snowstorm Stella. Hate to break it, Mom, but I think I’ll stick with my 70 degrees and discounted donuts—at least for now.