Through the Lens: Capturing Life Across the Globe

An Interview with Photographer Chris Lee 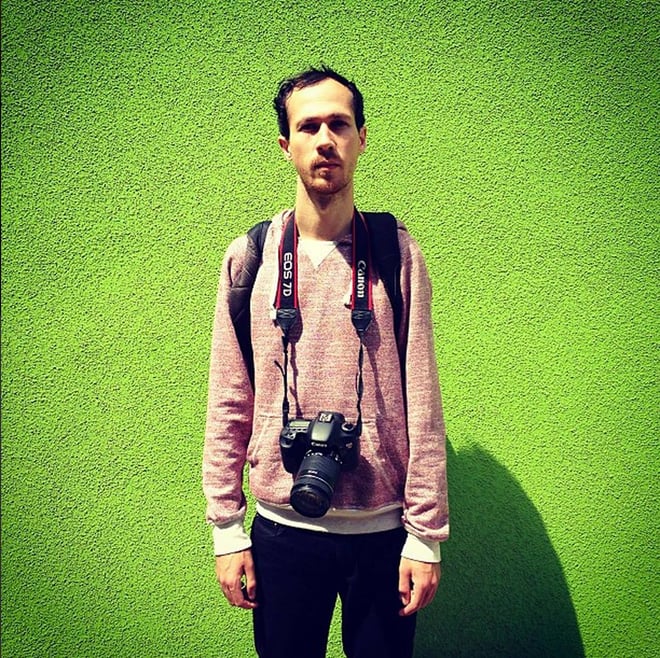 Meet Chris Lee, a London-based creative who focuses on a variety of media, but is particularly drawn to photography. He is part of a collective with two other photographers (each with a different style) called Tripod City. Together, they travel to capture life in other places around the globe. One of their recent adventures took place in China. Below, Chris shares his impressions of the CAPA city of Shanghai, talks about the importance of collaboration and offers some advice for capturing your study abroad experience through the lens. 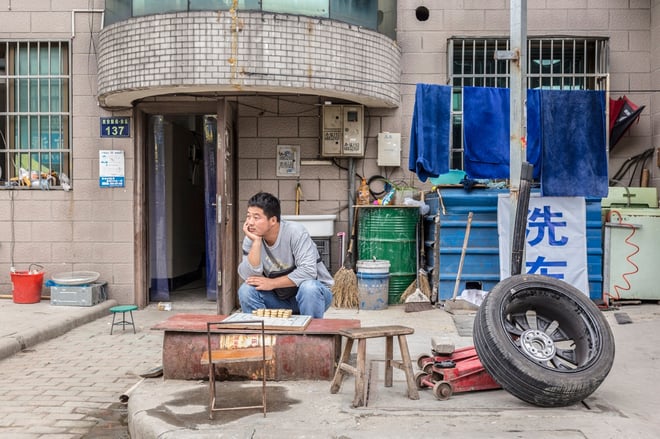 CAPA WORLD: Tell us a bit about your background.
CHRIS LEE: I grew up in Essex on the outskirts of London but the city chaos always drew me in from an early age and I'm now living Finsbury Park. I studied Graphic Design at Central Saint Martins a few years back and have been trying to make my way freelance in just about anything with a frame: illustration, storyboard art, film (writing, direction, editing and cinematography) and, of course, photography. I'm still 'finding myself' so this diversity keeps me active but I'm generally shooting on the streets when work is quiet. 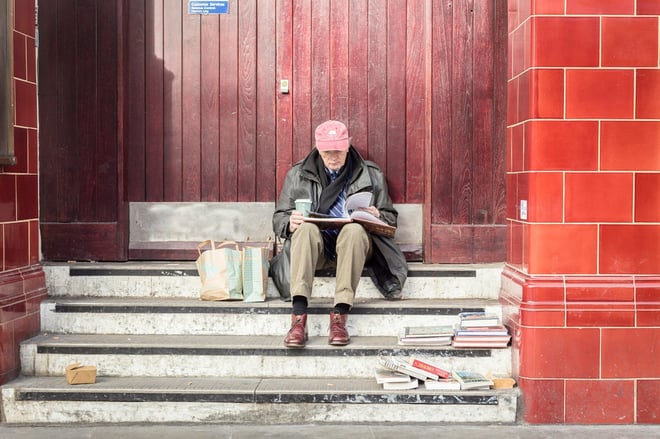 CW: You're a photographer, capturing your observations of life in London and other cities around the world. For those unfamiliar, describe your style and what you look for when you're out and about with your camera.
CL: Without the camera, I'm constantly seeing things and people that make me wonder. I see aesthetic frames, matching colors, textures, compositions, things lining up with other things, passing moments, strange things when elements collide and create ideas and stories. Now I seek to collect those moments, the rarer ones like prized possessions, or 'gold'. At the moment, a lot of my photos are wide because I find them the most engaging and most challenging to shoot. 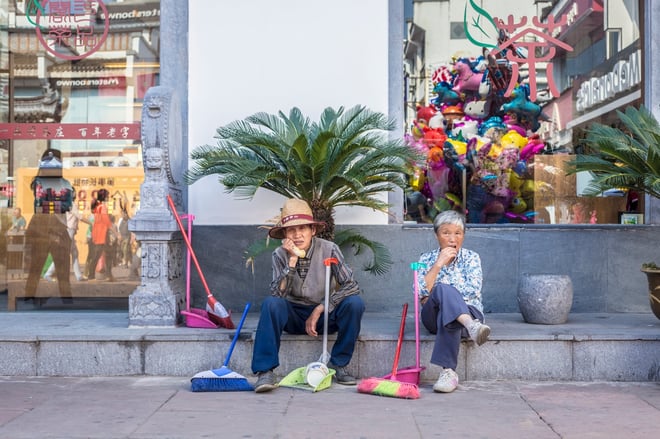 CW: What is Tripod City? How do you work both together with Paul Storrie and Charlie Kwai and individually to bring a place and its people to life?
CL: Tripod City is a photo collective that shoots and curates books and exhibitions on modern culture in various cities around the world. Each one of us has a different way of shooting and we bring together our different perspectives to form one story. We aim to go away once a year for an extensive trip to a city or area to capture it in a new light. It's usually a place we are curious about or have little knowledge of so our experience contributes to the work. 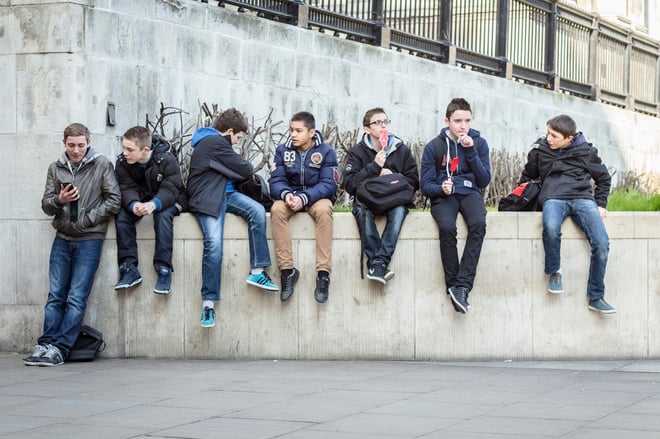 CW: One of your latest projects is called "Made in China". What drew you to photograph the people and culture of China? Where did you go and what did you look for on your travels?
CL: For our first published book, we went to China and traveled between various cities and rural environments between Beijing and Shanghai. Our latest book 'Golddust', is focused on the city of Accra. We found that our favorite places to photograph are the cities where more people gather and contribute to the life of a place. 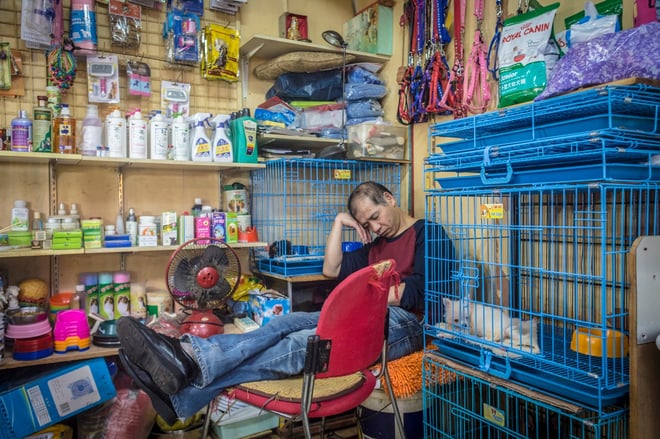 CW: For you, what makes a great photograph rather than a good one?
CL: I chase elements that come together in one image so for me the best are a combination of elements and sometimes the more the better. These might be things like good light, a person in the right place at the right time, a telling expression, something to contrast or a story to tell, capturing an atmosphere, good clean composition, minimal distractions to define focus. It's a balance but mostly about being in the right place at the right time where these things fall into place. Above all, good curation and decisive editing of your own work can really make a photograph shine. It's also what you don't show that can alter a story within a series as much as the frame of a photograph. 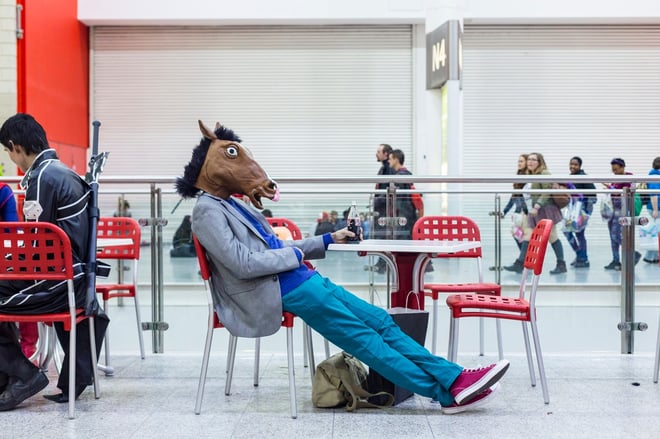 CW: Tell us the story behind one photo that you've taken recently that stands out for you and why.
CL: A photo that stood out for me might be one that inspired a series. One in particular that comes to mind was taken at a Comicon event in London. I was particularly attracted to this scene with a couple sitting on the floor against a red wall. The large corridors around the event were particularly sparse which takes the couple out of context, placing them in some sort of comic book limbo. Loitering around with an underlying tension to meet and find friends or even lovers, I like to think that these two met here and a mismatch of characters is a comment on their awkwardness together. From that photo, I began looking for more characters to take out of context outside of the event which formed the series.

CW: Share some of your observations of life in China, in particular on the lifestyle and culture of 20-somethings. What are some of the most obvious and less obvious ways that their lifestyle differs from those of the same age who live in London?
CL: Being in China was as much of an experience for myself as it was about taking photographs. Being in the cities, you can feel the expanse of the way things are moving forwards in contrast to home, like looking out of a top floor window of one of the skyscrapers in Shanghai. This also might be things that you can't necessarily capture in photographs. I was particularly excited by the train system and the new tracks and stations being built that cut travel time between far apart destinations around China in half. I also noticed the younger generation are learning English, and since the language barrier was a little restrictive, it was great to wonder about what this holds for the future. My favorite thing to see was the arcades; many youths would collect at these big arcades and perform against each other on the dance machine. Gaming is quite the sport over there. We filmed at various arcades when it was too dark for photography and made a music video out of the footage we filmed.

CW: You're active on Instagram daily. What are your top tips for making the most of this platform, in terms of choosing what to post, which hashtags to use and building a community around your work and interests?
CL: I am really playing it by ear, but I learned quickly it is great to post regularly and be active and engage with other photographers. The hashtags get your work seen and I just try to alternate to reach new people. My work on Instagram is really selected for the platform which has helped defined my focus and current style. 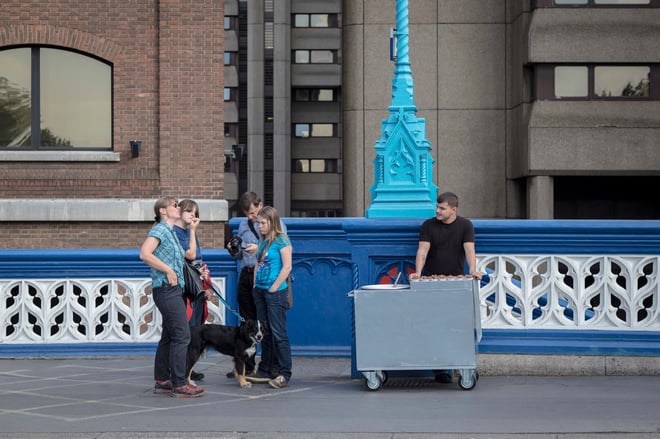 CW: Can you share a few words of advice for study abroad students who are interested in photographing a semester in England or China in a way that's not cliché?
CL: Have ideas about what you want to achieve, but also be ready to adapt. Try to edit simultaneously to help inform your direction. Explore interests and develop from there; make contacts and define your angle. Be decisive. 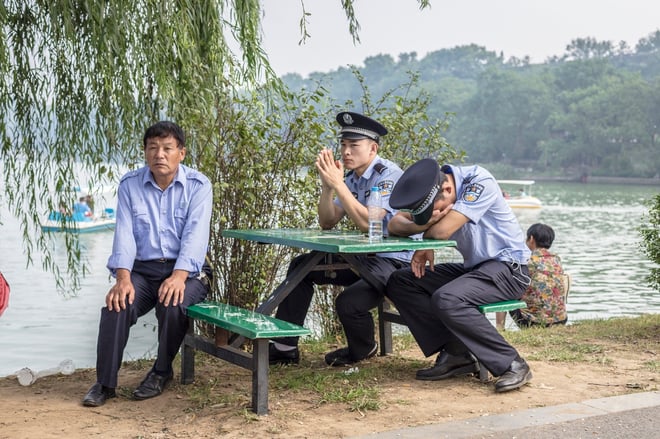 CW: Apart from your street photography, you're also a filmmaker. Can you share some advice for students pursuing this type of career today?
CL: If you want to make films, just make them. If you want to work in film then get the right qualifications in the field you are interested in. There are many different pathways in film, I recommend finding someone you are inspired by (maybe they are doing something similar to you) and contacting them. 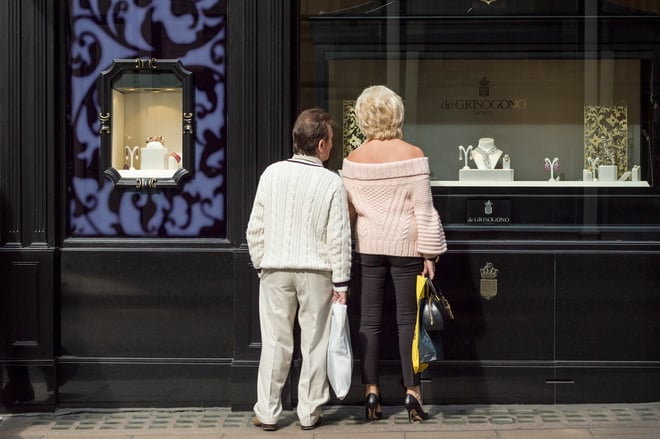 CW: We've recently introduced global networking technology so that students studying abroad in different CAPA cities can collaborate on projects. How has collaboration inspired you and your work over the years?
CL: I have collaborated with many people from different countries. The most interesting thing is learning from like-minded people with a different perspective on things or different cultural background. I enjoy collaboration because it motivates you and you can achieve so much more. 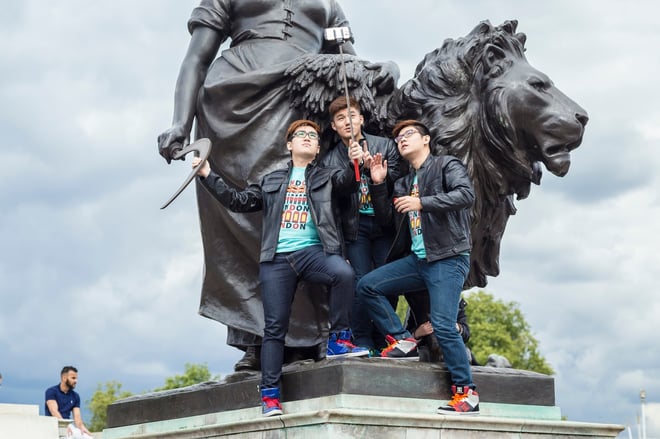