In this week's post, Tommy shares some of the top Spanish words and phrases that you'll want to memorize before you before you study abroad in Buenos Aries.

While there’s no doubt my Spanish teachers have prepared me extraordinarily well to live and study in Argentina, there’s definitely a few Argentina (and Buenos Aires) specific words they left out of the curriculum. My accent while speaking the language, after a full semester in this city, has changed a little bit, and my daily vocabulary has also switched up a bit. Listening to and speaking with my host family, taxi drivers, servers, my Spanish teacher, other writers at The Bubble and random strangers has affected how I speak Spanish. I still clearly have the “yankee” accent; however, my speech has slowly become more Argentine.

Here’s my top 10 words and phrases I’ve started to use all the time.

1. Che. This word is used as an interjection and directly addresses someone. I think the definition would be a mix between “hey” and “dude” and is not gender specific. Saying “che” will get someone’s attention if they are across the room or add emphasis to what you’re telling someone.

2. Auto/colectivo. Auto means “car,” and colectivo means “bus.” In school, I almost always wrote down the translation of car as “carro” or “coche,” but “auto” is the most common form used in Argentina. For bus, I normally used “autobus,” though I’ve switched to the very Argentine word of colectivo.

3. Bueno. Literally, bueno means “good.” It’s absolutely used that way all the time; however, it’s important to note that people here use it as a way to stall when they are thinking, much like saying “um” or “well” in English. Argentines generally don’t use the word “pues,” which I think is taught pretty regularly in schools in the US and used in other Spanish-speaking countries.

4. O sea. This is another good chance to pause and indicate you’re thinking. O sea is generally translated as “in other words.” I use this all the time when people give me a confused look after I butcher some Spanish or I want to phrase something better.

5. Perdon. This one sounds like its English counterpart of “pardon.” I came here saying “lo siento” (“I’m sorry”) every time I accidentally bumped into someone or asked someone to repeat what they said. Since it’s really common to say “perdon” or “perdoname,” I’ve begun to use those instead. 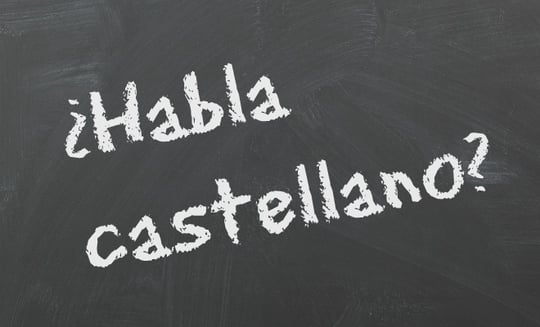 6. No pasa nada. No pasa nada basically means “don’t worry about it" or “it’s not a big deal.” Argentines, in my experience, have rejected almost every “gracias” (“thank you”) I’ve given with a no pasa nada. To me, it seems like this is the way to say “thank you.” I’ve noticed myself using it a lot recently.

7. Ojo. Ojo is literally “eye” in Spanish. It’s slang for “caution” or “watch out.” Within my group of CAPA friends, we overuse the interjection as inside joke, but my host mom frequently uses it as well. It’s typical to touch one’s cheek right below the eye when saying “ojo.”

8. Todo bien. This is both a question and a response. It’s like asking “how are you?” or “everything alright?”. Replying with “todo bien” is like saying “yes, all good.” My doorman and I usually exchange todo biens when I get back from school or The Bubble.

9. Que onda? “What’s up?” is closest translation and is used the same way.

10. Cómo te va? This greeting is similar to “how are you?”. In school, I remember using “que pasa” or “cómo estás” more than “cómo te va.” Here, I mostly use the latter if I haven’t said “todo bien” yet.