Travel: A Visit to Cairns in Queensland, Australia

In this week's post, Sara takes us along on a trip to Cairns, in Queensland, Australia.

The day had finally arrived; I was about to board the plane that would take me to see the Great Barrier Reefs. Ever since I was little, I had been obsessed with science and studying different forms of life. Combined with my love of the sea, the #1 thing on my bucket list has always been to see this expansive lifeform.

Making the Most of our Time

It wasn’t easy getting out of bed at 3:30am, but it was definitely worth the challenge when we were able to get to the airport with plenty of time to stock up on snacks for the flight. We decided on a 7:25am flight in order to get to Cairns before 10am which left us with plenty of daylight for exploring.

The flight to Cairns was the most entertaining flight I’ve ever taken; there were so many rowdy groups on the plane: one rugby team, one bachelor party, and plenty traveling just to have a good time. The entire way there, the bachelor party was pushing the flight attendants’ patience to the limits, but it was hilarious watching them joke around.

Settling in for the Weekend

We had originally planned on going straight to our AirBnB to take showers and decompress for a minute. However, we had to wait a few hours to check in so we found the Botanic Gardens Café nearby. I can safely say that this was the most beautiful café that I’ve ever been to. I wish we could have stayed there longer and walked around, but everyone was exhausted from the flight and carrying our heavy backpacks. 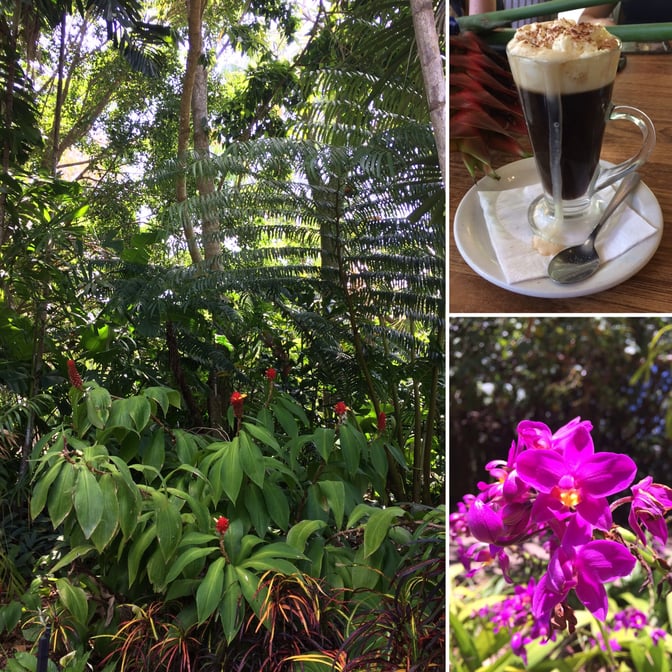 When we finally regained some energy, we decided to stop by Coles and buy groceries in an attempt to save money on dinner. We chose to have a taco night because nothing feeds eight picky people better than something you can assemble yourself (and they make for great leftovers!). After walking back from the grocery store, nothing sounded better than a nice dip in the pool. However, it quickly became apparent that our instructors weren’t exaggerating about the safety of the pools. I wouldn’t have been surprised if we had found ten spiders in the little pool; as you can imagine, we didn’t stick around to find out.

My dreams finally came true this Saturday; as a biology enthusiast, I couldn’t have been more excited for the boat trip out to the reef. The only thing that could have made it better is not swallowing so much seawater.

We stopped in two spots along the reef. One spot was known for having Giant Clams and the other for having Sea Turtles. It was a little difficult to spot the clams because they blend in so well, but they definitely suit their name. Sadly, I didn’t get a chance to see any turtles but it was still fun swimming around looking for them.

On our way back to shore, the staff on board announced that they were going to set up a competitive game… so of course most of my group had to join in. Boomnetting is similar to tubing, because the boat is pulling you through the water as you hold on for dear life… except that instead of a tube, you and about 15 other people are actually holding onto a big net completely submerged in the water. It was all fun and games until all of us ladies almost lost our bikinis to the waves (do not try this if you’re not wearing a one-piece).

While the boat trip was very fun, I couldn’t help but be sad for these corals. This ecosystem depends on the polyps so much as the base of the food-chain and it’s going to fall apart when the reef dies out entirely. While switching to more eco-friendly lifestyles isn’t always appealing or easy, we won’t have the option to continue living as we do if our biggest diversity hotspots die out. I remember looking at pictures of the reef years ago when the corals used to be vibrant and plentiful. Now the reef appears ghostly. 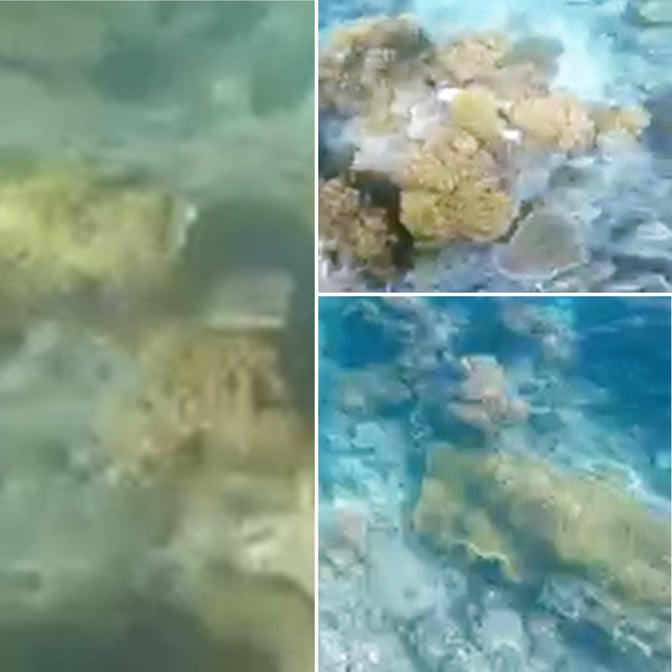 Pros and Woes of Heading Home

While this was one of the best weekends of my trip, I was happy to go home to Sydney again to a real bed and get the chance to stay out of the sun for a while. I was lucky enough not to get burned so badly (for once in my life) but I was still overly dehydrated from ingesting so much saltwater and swimming in the sun all day.