Words by Francesca Smeriglio, a communications major from Purdue University who studied abroad with CAPA London during summer 2015.

In the summer of 2015, I studied abroad in London, England with CAPA The Global Education Network. The adventure of a study abroad experience is really non-stop. Every day you take in something new. But, the weekends are your time for endless exploration, and allow you time to get lost and explore the crevices of your city, or even your country. 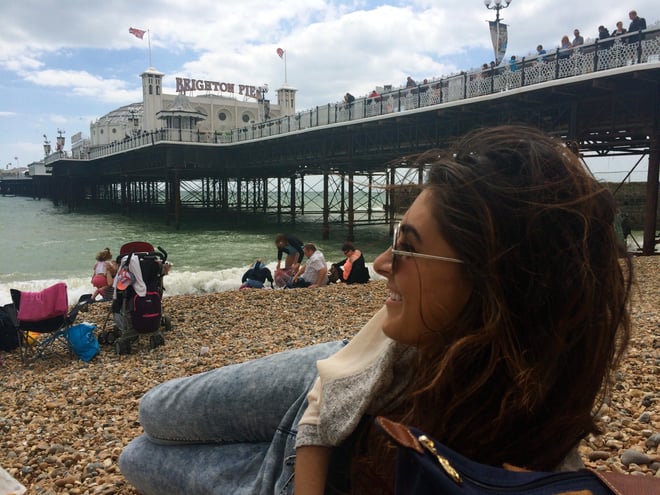 While we fell in love with the magic that thrives within the hustle and bustle of London, my friends and I thought we’d hop on the train and head south for a change. Brighton Beach awaited us one weekend and we wished we never had to leave. 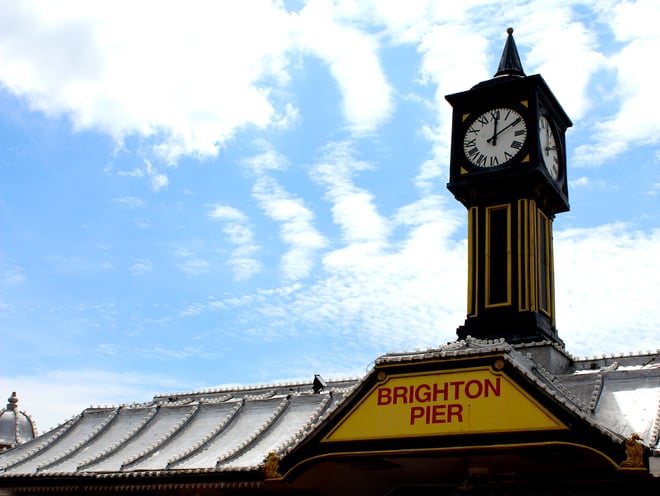 Brighton Beach owns a unique character sticker. Known for its pebbly beach and Ferris wheel, and the best of fish and chips, it’s hard not to slap a constant smile on your face. It seems as though no one is on a schedule. You can walk around for hours and forget any to-do lists that ever existed in your head. Whether your desire is to let the wind blow through your hair, go for a dip, shop, hop on a ride in the amusement park on the pier, or consume the best doughnuts of all time, it’s there, waiting for you in Brighton. 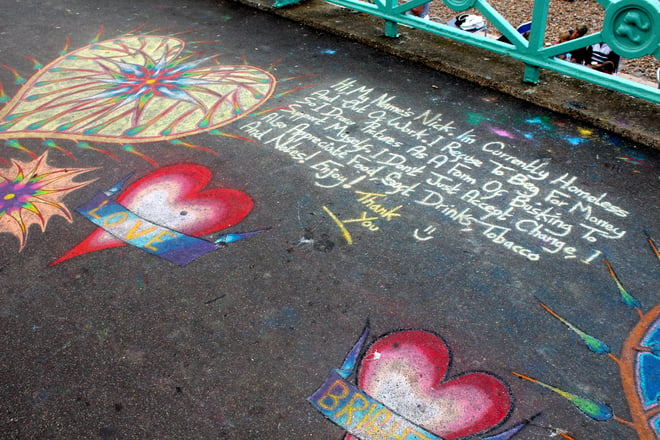 A bus ride away from Brighton, we heard about a place called Seven Sister’s Cliffs. With spontaneity already on our side, we headed there as well. Granted, it took us about an extra hour to actually find and get to the bus. Like I said, a timely schedule is not a great idea in Brighton because it offers you so many distractions. It’s hard to walk past the quaint little shops that sell stones and goodies. The views are hard not to stop and capture, and the many entertainers that line the street do their job well, making you stop and observe. 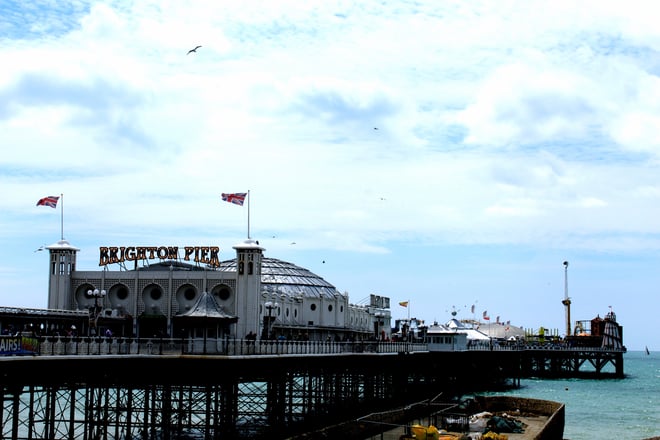 When we finally got our bus tickets, we were on our way. Riding along the water the whole way there, we were mesmerized as we craned our necks out the bus window. We were so used to the bold and bright architecture of the city (which I’m also absolutely in love with). The contrast between the white pillars and the green hills made me question whether I was still in the same country. 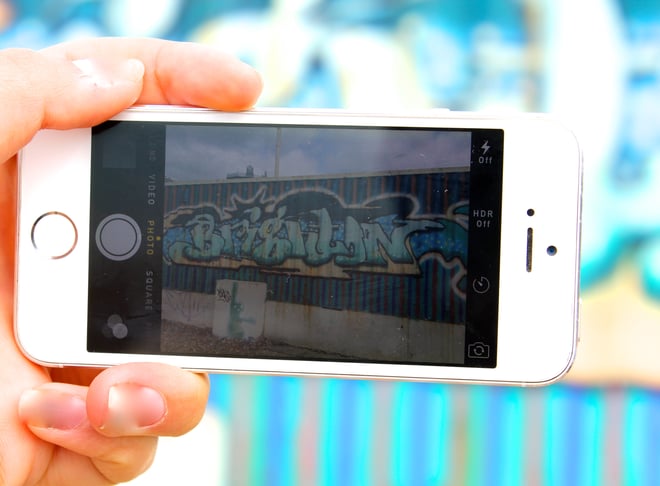 Once we arrived at the cliffs, it was a wide-open area of greenery. I think nature was asking us to frolic and swirl and smile. So we did. I captured one of my favorite photos from my whole trip in the middle of a green field. When I look back at it, I remember all the feelings that I had swirling inside of me - the happiness that was so easily radiated. It’s addictive. I continually try to replicate it after returning home, but nothing quite feeds my wanderlust like Brighton of southern England. 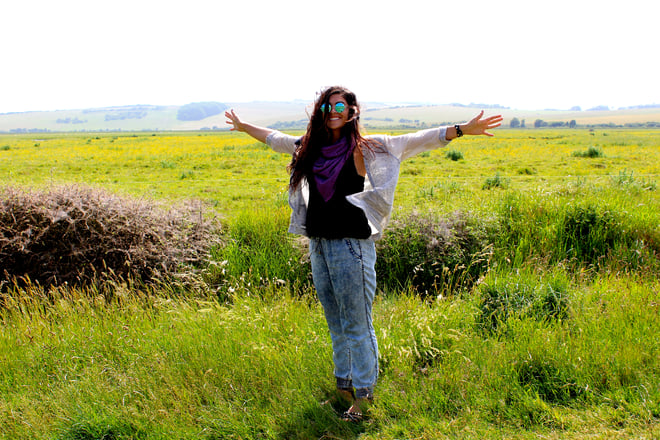 Overall, our diversions from the city of London brought us to uncover amazing destinations. England has so much to offer, and there are tons of other boroughs and cities that are just waiting to be explored. When you’re abroad, dust off the corners of the map that may not be super popular among other travelers. Properly research your country before you leave and find out where the true, deep culture lives. You could allow emotions you didn’t think you had inside of you to surface. This leaves a permanent footprint in your mind for how those destinations made you feel. That footprint is enough to make you promise yourself that you’ll return one day. I did.