Understanding the Irish Way of Life, Culture, and Academic System 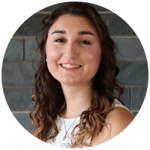 In this week's post, Jessica learns about the culture in Ireland and experiences the new cultural insights and differences firsthand.

The day of arrival was honestly one of the longest days of my life. I spent over 24 hours awake, as I did not sleep on the plane, and did not have a chance to take a short nap until after the long process. That night, I got a long 12 hours of sleep and I felt like a new person. 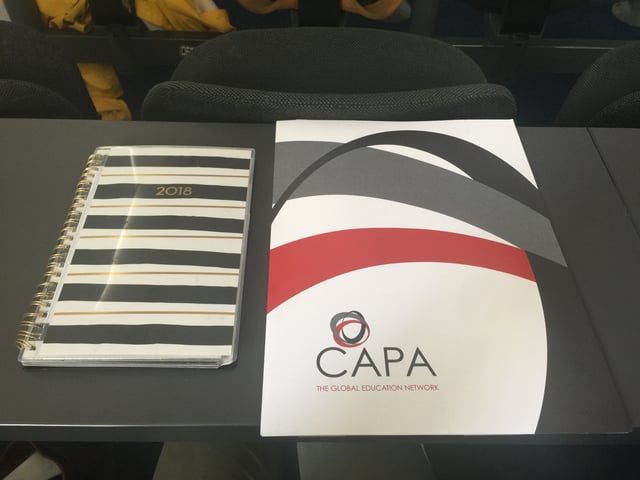 Received my Landing Pack with information for the week.

Tuesday included a lot of valuable information about classes, the university, and cultural norms. At our CAPA orientation, Dr. Darren Kelly explained to the group that grading in Ireland is a little bit different. The highest score you can get is a 70, and a 40 is a passing grade. We were also told that if a professor says that certain things are required, it is probably the bare minimum to pass the class, and not what is required to get an ‘A’ grade. Classes are not selected months before as it is done in the United States—they are selected within the first two weeks of the semester, which may cause some people to be anxious. This was important information that would help the American students from confusion over the course of the semester. 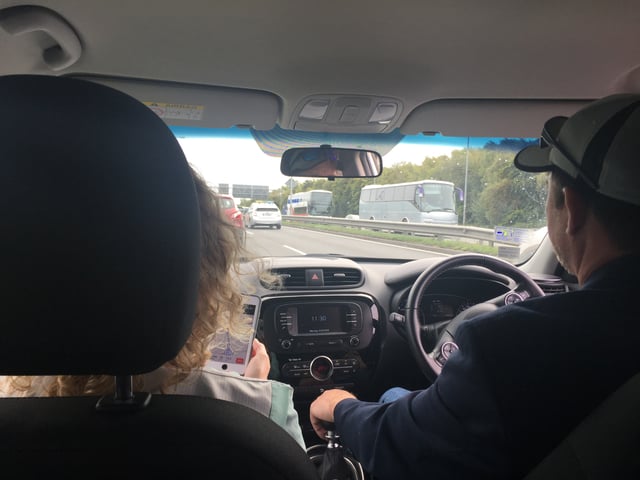 First experience being in a car in Ireland.

Besides the sleep deprivation, there are a lot of differences I have noticed in these two days, even on the plane. One of the first things I noticed while landing, is how the highways looked different from above because of the opposite direction of driving. My flatmate’s parents happened to be in Europe so they picked us up from the airport. Seeing my flatmate’s dad learning to drive the opposite way was shocking. It is so weird seeing the steering wheel on the right side of the car! I also knew that Irish was the official language of Ireland, even though it is not commonly used, but I did not expect to see it on signs in the airport and on the streets. There are many small differences to notice, from no top sheets on the bed, to having to buy or bring a bag at the grocery store when checking out, but I’m sure I will get used to them. 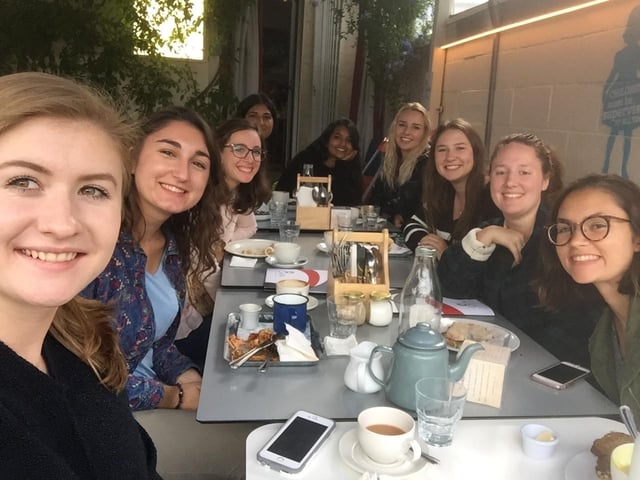 Lunch with other CAPA students!

There are also some general cultural norms to know that will help with communicating with Irish people. Irish culture is a high context culture, unlike American or English culture. They are very relationship based, and especially for internships, they want to get to know you first so they can trust you. They are afraid of being rude, as it is ingrained in their culture and history. The Irish may ask “If you have the chance, could you…” and it basically means to do it now. They might say “the orientation starts around 9” but they really mean strictly 9 o’clock. When talking to internship supervisors or professors, it is polite to knock on their door first, then ask how they are BEFORE asking a question. It is rude to barge right in and ask a question right away, as I have seen many people do in the United States. One last thing they may say a lot at the end of their sentences is “is that okay?” which is similar to “right?” or “no?” that we may hear a lot in American culture. These were just a few of the valuable lessons I am learning about a culture I am unfamiliar with. 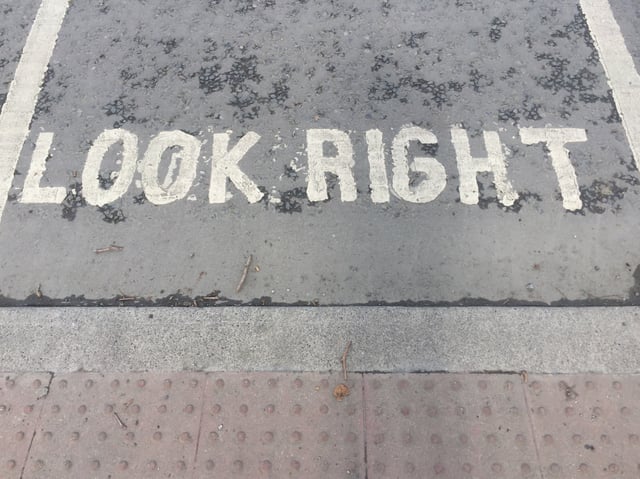 A friendly reminder when crossing the street.

I met so many great people within the CAPA program, who are from all over the United States. It was nice to bond over a wonderful lunch at Noshington, which is right across from Griffith. We also took a walk to Trinity College to receive our student Leap passes for the buses in the city. This week consists of our Griffith College orientation and exploring more of the city! The goal for this week is to get used to looking the right way when crossing the streets...