Visiting Various Towns in the Tuscan Region of Italy

Fully exploring your new home city and surrounding towns is a good way to know more about your study abroad location. Chris gives us some insight into 5 Tuscan towns and cities in Italy and what makes each of them special and worth visiting.

I’ve always found it pretty ironic how the first things students studying abroad think of after arriving in their city of choice is where they’ll go next. It’s hard to blame them (us), for many it’s their first time in Europe, or even outside the US, and they naturally want to see as much as they can before they’re back on the other side of the Atlantic. Seeing all the other cities and countries Europe has to offer is exhilarating, and there’s nothing more refreshing than a three- or four-day trip in a city entirely different from Florence. I myself have had numerous trips outside of Italy, and thoroughly enjoyed all of them, but one of the faculty in CAPA shared some wise words during our orientation hike that impacted how I decided to spend some of my weekends. He said that while traveling around Europe is fun and encouraged, it’s important to remember that you'll be able to come back and travel to other places all throughout your life, however, this is likely the only time you’ll live abroad. Emphasizing that we should make sure to fully explore our new home and the surrounding area before deciding to take off every weekend, I made sure to take enough weekends in Florence to do just that.

Florence is one of the most popular tourist destinations in Europe, so naturally a city this historic and culturally important could take a lifetime to fully discover. Luckily being here for the weekdays helps with that, and any weekend spent in Florence is never wasted. When one gets the travel bug, and may want to leave the city, looking around Florence’s home region of Tuscany is just as fulfilling as the entire continent of Europe. Tuscany is such an iconic and beautiful place, and although the other towns and cities may be similar in a lot of aspects when compared to Florence, they also all offer their own unique beauty and experiences that are always worth exploring. You can get to anywhere you want to go in the region pretty easily by bus or train, and all the locations are close enough for half- or full-day trips, yet are also worth staying the night if you feel like extending your time there.

Pisa is probably the most popular destination outside of Florence, being only a quick hour-long train ride to the west. The famous leaning tower is obviously the main attraction, but students can be quick to judge the city as a place to take a few quick pictures at and then leave. The tower, baptistery, and church are all magnificent, and the massive patch of grass surrounding them is a beautiful place to sit down with your friends and lie in the sun, especially with the lack of greenery often found in the medieval-like cities of Tuscany. American artist Keith Haring also has a really cool mural called Tuttomondo near the central train station that’s definitely worth checking out, and no visit to a Tuscan town is complete with at least having one meal. Pisa, unlike Florence, has salted bread, which on its own is a really satisfying culinary difference, but the Pici pasta and wild boar are also known to be exceptionally good in Pisa. All of these things along with walking around and exploring the city and some of its other sights, like their medieval walls, will put together for an amazing day trip. 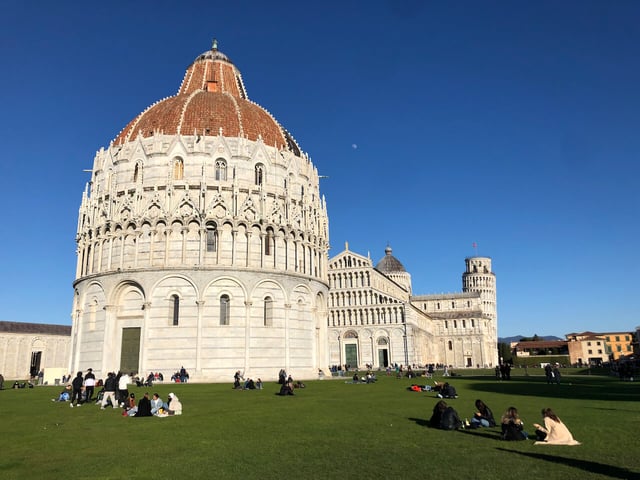 Caption: Lounging on the lawn in Pisa.

Lucca is another town nearby that was one of my favorite places to visit in Tuscany. Still entirely surrounded by its unique Renaissance walls (thicker and more enforced than the usual medieval walls found in the area), Lucca feels a bit more trapped in time compared to its other Tuscan counterparts. A day in Lucca will consist of more great food such as chestnut cake (which they are known for), tordelli, and veal dishes, as well as relaxing bike rides, climbs, and walks throughout town. Riding a bike through Lucca, especially on the trail above the walls, was an extremely fun and relaxing activity that I thought was especially unique compared to Florence and other places where riding a bike is more chaotic. A climb up the tree-topped Guingi tower will give you a beautiful view of the surrounding area, and paired with a walk through the Orto botanical gardens, you will have yourself an extremely peaceful and enjoyable visit to one of the most unique towns in the region.

A personal favorite Tuscan journey of mine was actually the day trip organized by CAPA, where we spent a half-day each in Siena and San Gimignano. Siena was the most picturesque and romantic place in Tuscany, and that’s with a lot of competition. Like most of the other destinations mentioned, Siena’s churches, restaurants, and winding streets were a dream worth staying much longer than half a day in. It was one of the film locations for the latest James Bond movie, and spending just a few hours here will show you just how well the town's suave fits that of the iconic character. 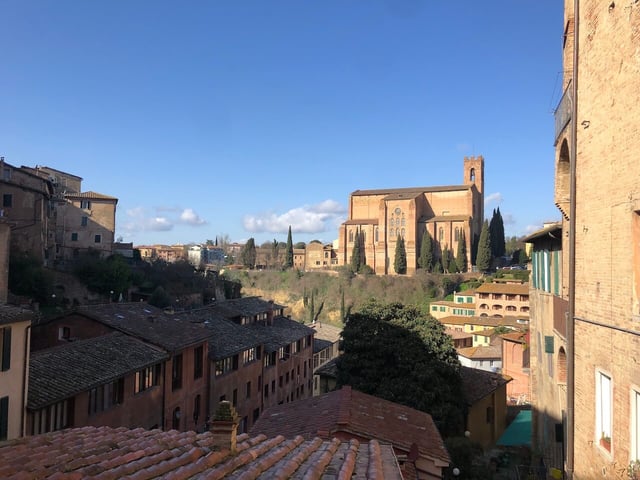 San Gimignano was a short bus ride away, residing in a much quieter location amidst the rolling Tuscan hills. You can see some of the towers of the town when arriving by car on the highway, structures strongly associated with San Gimignano and its former medieval glory. Here we hiked to the top of the village, taking in breathtaking sights of the surrounding countryside once above the infrastructure of the ancient feeling commune. On the way back down, we stopped for some amazing gelato before strolling back through the town gates. Although only getting a shorter glimpse of each of these spots, it was enough to ensure that I’ll be back before my time in Italy is done. 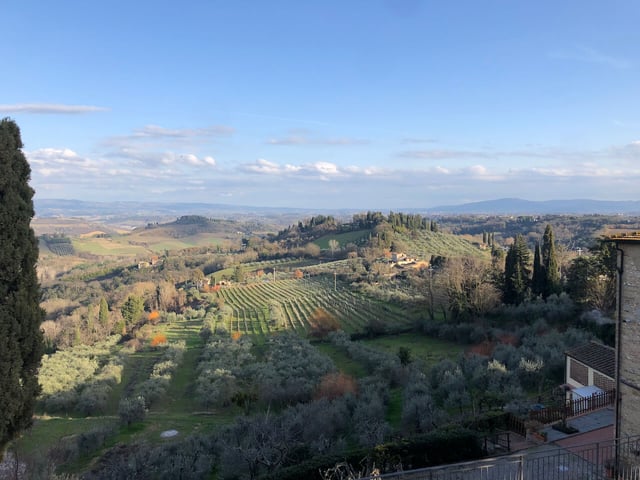 It’s pretty accurate in saying that a lot of these Tuscan locations have similar itineraries. Each usually has its own duomo, specialties in Tuscan cuisine, along with an additional main attraction or two, but it’s a really bad perspective to leave it at that. Understanding the history of the region, for centuries all of these places had been fighting and competing for control and prestige over the area, using their wealth to build magnificent churches, walls, and towers to show off to their not-so-distant rivals. Tuscany isn’t a huge area, so a lot of these cultures are similar, but I think the competition and fierce independence these towns have had for so long are extremely prominent when visiting. It’s like each has its own take on the Tuscan lifestyle, and each boasts its own unique beauty, even if it comes in a similar overarching Tuscan form. You’re sure to get more diversesightseeing in other countries, but when studying in Florence, or any part of Tuscany, you can’t miss the opportunity to take a few days out of your semester to travel to a few of the surrounding locations in the region to further delve and explore the Tuscan lifestyle.

Chris Reidy is an official CAPA blogger for spring 2022, sharing his story in frequent posts on CAPA World. An economics major from University of Miami, he is studying abroad in Florence this semester.