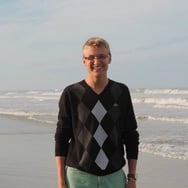 In this week's post, Matthew talks about his arrival to Sydney, despite a few changes to his initial plans, and his orientation events.

Eckhart Tolle once said, “Stress is caused by being ‘here’ but wanting to be ‘there.’” On my way to Sydney, I'm not sure if anything felt so accurate. The trip I took was dreadful, not meaning it was dangerous in any way, but rather out of my hands. 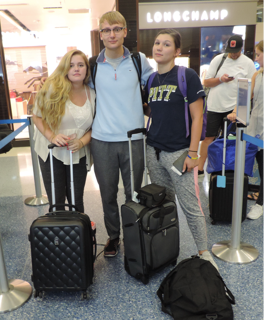 Photo: My travel mates, Liz, Meg and I after missing our connecting flight

From flight delays and missing connections, to extremely overpriced hotel rooms and motion sickness on a 17-hour flight, my first international trip was quite the doozy. Initially getting off of the plane, I was nervous. Going through customs I was questioned about where I was going to university, and then one of my travel mates got pulled aside for a concern about her incoming passenger card - but nonetheless I made it out alive. The next step was to get to CAPA, and with a total of 10 bags between the three of us, a taxi was only logical. We got everything crammed in and started our journey. As we sat, we watched the meter tick up $.10 every couple seconds. The GPS continued to push our arrival time further and further back, eventually running up to $75AUD. 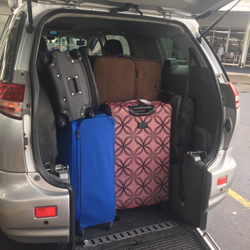 Photo: All of our belongings packed up in a taxi

Upon arriving at CAPA, I was thrown into orientation because I was already a day late. Jetlagged, hungry, and not showered, I entered the CAPA school building in Sydney and was warmly welcomed by the CAPA staff and all of my classmates and suitemates. Even though I missed the tours and part of orientation, everyone was kind enough to show me around. Even past that, all of the CAPA staff members were genuinely concerned with the events that had led up to our day-late arrival. I think every single CAPA worker came up and asked us how we were awake, and sympathized with our troubles.

Later in the orientation, we learned about aboriginal culture: the oppression of aboriginals and their deeply-rooted history. This session was held for all students studying abroad in Sydney under the leadership of Pamela Touma and Peter Pinnington. This was a condensed version of a two-day lecture, which was a condensed version of a year-long class, so we were learning as much as we could in a small time period. A thank you goes out to Pam, Peter and all the lecturers brought in to educate us!

The next activity planned for us by CAPA was the best one yet: Sydney Amazing Race! We were all split into teams and were told to venture around the city looking for local landmarks. We were all over the city with a new adventure around every corner. In Chinatown, we tried chicken feet; in Ultimo, we tried Vegemite and TimTams and listened to some local music. Everything in between was made to familiarize us with public transportation including busses, trains, and ferries. The final stop was a wharf at Circular Quay. 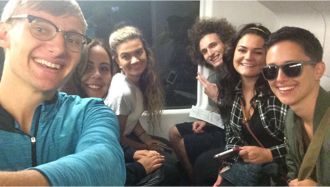 Photo: My team and I on a train going in the wrong direction (coincidentally my first train ride ever!)

From there, everyone was a little anxious about what was going to happen next. We spent about a half an hour waiting before loading on a Mystic Cruise boat and taking a tour of the harbor. We were fed an amazing spread of local cuisine such as prawns, mussels, and a variety of vegetables and desserts.

So, regardless of a very rocky start, I received an innumerable amount of support from my family and friends back home, from the CAPA staff, all my suitemates, and everyone I met. I have fallen in love with the city already. There are so many things to do and explore, so many sights to see, but so little time. Life is funny in that it always turns itself around. What was horrible last week is minute now, and each moment you enjoy is worth 10 times more than any trial or tribulation. Whether homesick or scared, late or unprepared, there is someone who is going (or went) through the same thing, and everyone is there for you. 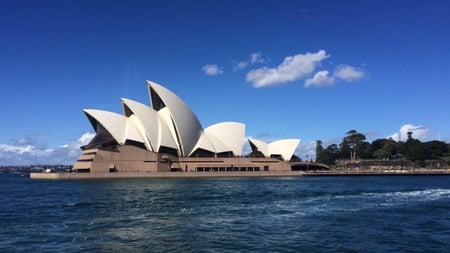 Photo: The view from our cruise 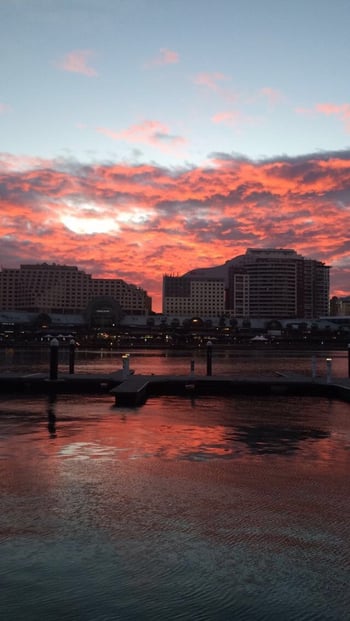 Until my next adventure,
Matthew