CAPA Spring 2019 Diversity Advocates scholar Jeff Chan tells us about his experience as an LGBTQ+ student abroad. He tells us why he chose Sydney as his destination for a semester away from UMass Amherst and how he has been celebrating his identity!

Every country has different social and cultural beliefs about the LGBTQ+ community. This is reflected in their current laws and policies, along with their inclusion (or exclusion) of the community in public settings. As a gay university student, I had to consider this when choosing where I would want to study abroad. I knew that in order to be able to genuinely enjoy the experience, I would need to pick a city that I would be comfortable being myself in. I chose Sydney for its acceptance and inclusion of the city’s rich queer culture.

Considered the LGBTQ+ capital of Australia, Sydney is home to a vibrant, colorful, and diverse gay scene. The city is the host of Mardi Gras, the largest LGBTQ+ festival in Australia. This is a celebration that spreads over 3 weekends from February to March every year. Some of the highlights of these weekends are Fair Day at the commencement of the festival, the Sissy Ball, and the massive parade on the final weekend.

Large supermarket groups, like Woolworths, sponsor the event and provide a nice spot for Fair Day attendees to take a break. 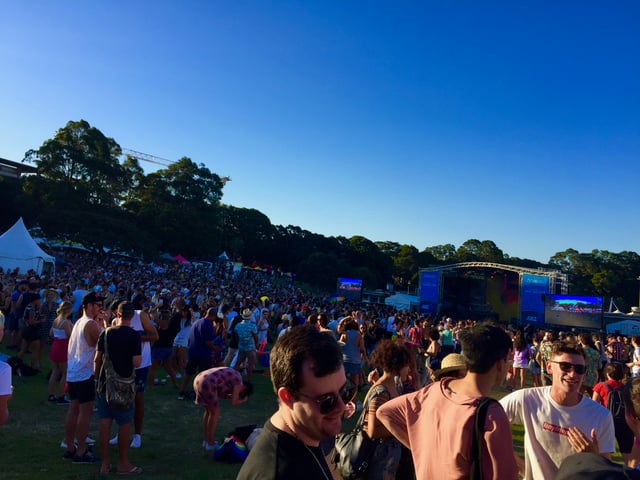 Fair Day is held in Victoria Park and is the perfect size to hold the many areas of the kick-off festival.

During this time, lots of advertisements from many companies are themed to fit the event. Billboards, public transportation stops, and large posters are scattered throughout the city. 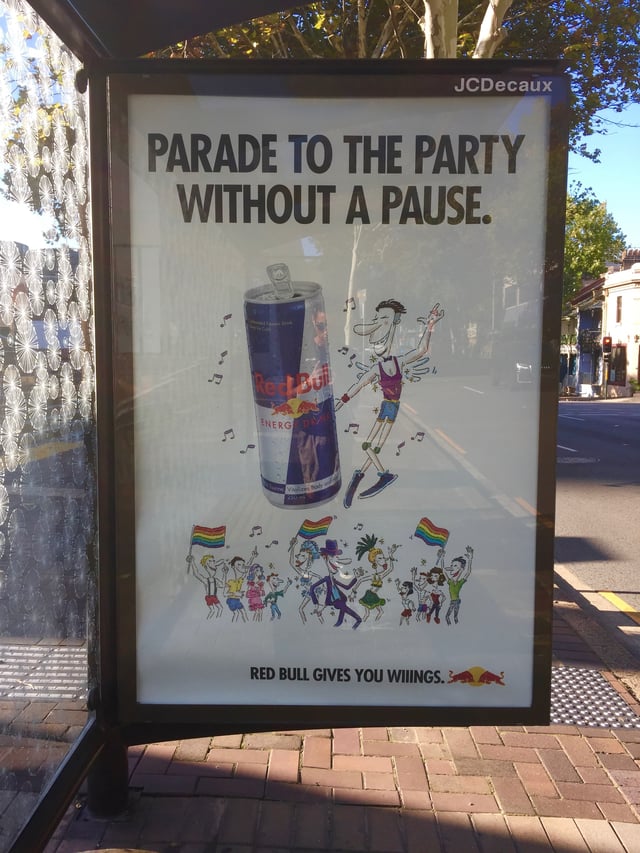 Red Bull is one of many sponsors of Mardi Gras.

Many bars and restaurants around the city are also festively decorated. In Sydney, Oxford Street is known as the “gay district” of the city. This street is home to many restaurants and shops flying rainbow flags outside their doors and hosting drag queen shows almost every night. Many major public areas of the city and transportation vehicles receive a temporary change to celebrate Mardi Gras and the LGBTQ+ community. 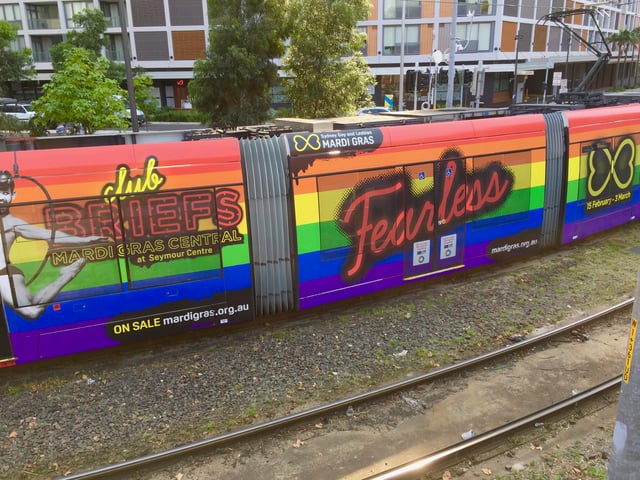 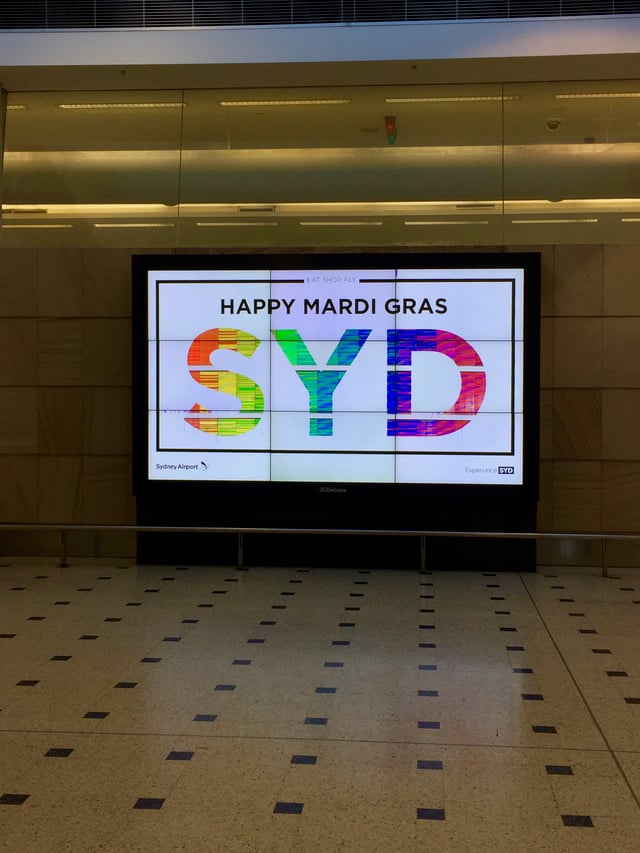 Celebratory advertisements are plastered in all corners of the city, visible as soon as you arrive!

Although same-sex marriage was just recently legalized in December 2017 across the country, Sydney’s established celebration and acceptance of the queer community shows how deeply rooted it is in the culture and history. Mardi Gras is more than just a celebration of self-confidence and equality, it sends a powerful message of support to everyone who may be struggling with their identity. Holding this event legitimizes marginalized, minority communities who may see themselves as abnormal and choose to hide their authentic self, for a fear of being ridiculed and not accepted. Visibility and representation are incredibly important to normalize and destigmatize LGBTQ+ individuals.

It was great getting to see others living their truth in such a supportive, accepting, and respectful environment during my time in Sydney!

Jeff Chan is a junior studying Operations & Information Management and Data Analytics at the University of Massachusetts at Amherst and spent his Spring 2019 semester in Sydney, Australia. A dedicated student leader on campus and a supporter of inclusion, Jeff learned a lot about the local communities of Sydney, the challenges they face, and how to be a respectful traveler.